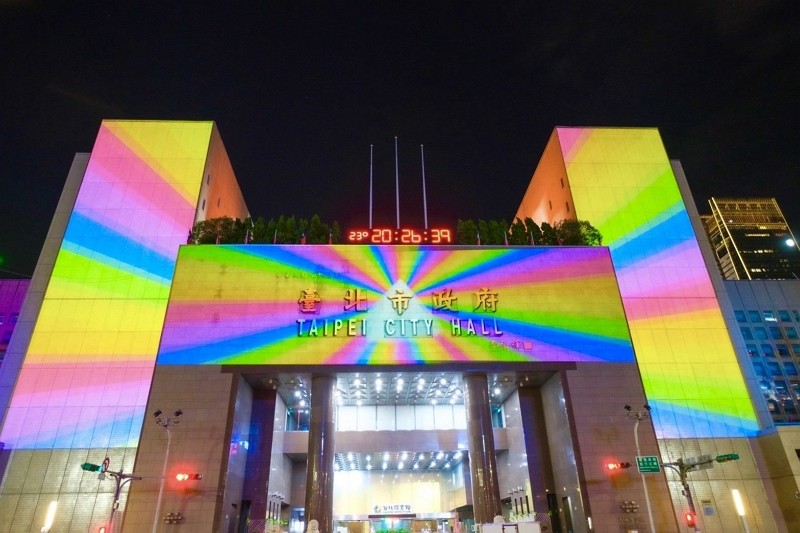 TAIPEI (Taiwan News) — Taipei City Hall will be illuminated in rainbow colors from Thursday (Oct. 28) through Nov. 6 and host music and an outdoor fair to celebrate gay rights and gender equality.

The light spectacle will take place every half-hour starting at 6 p.m. throughout the 10 days of the event. Each session of the projection mapping showcase will last five minutes and deal with the topic of “love,” according to the city’s Department of Information and Tourism.

Dubbed “Color Taipei,” the spectacle will highlight the fact that Taiwan was the first country in Asia to legalize same-sex marriage in 2019, and it is also supposed to reflect the Taiwanese capital's endeavor to become an international metropolis that advocates equal rights for the LGBTQ community, said the organizers.

A marketplace will be set up in front of Taipei City Hall with at least 10 stalls spotlighting rainbow-themed merchandise and activities like fortune-telling and painting. Visitors will be able to participate in a raffle for 800 prizes by sharing a photo of the light show and adding the hashtag #colortaipei.

The event will also include a double-decker bus tour around Taipei and a two-day journey featuring a boat ride at Dadaocheng or a bath at the hot spring hub of Beitou. Visit the Color Taipei website to learn more.