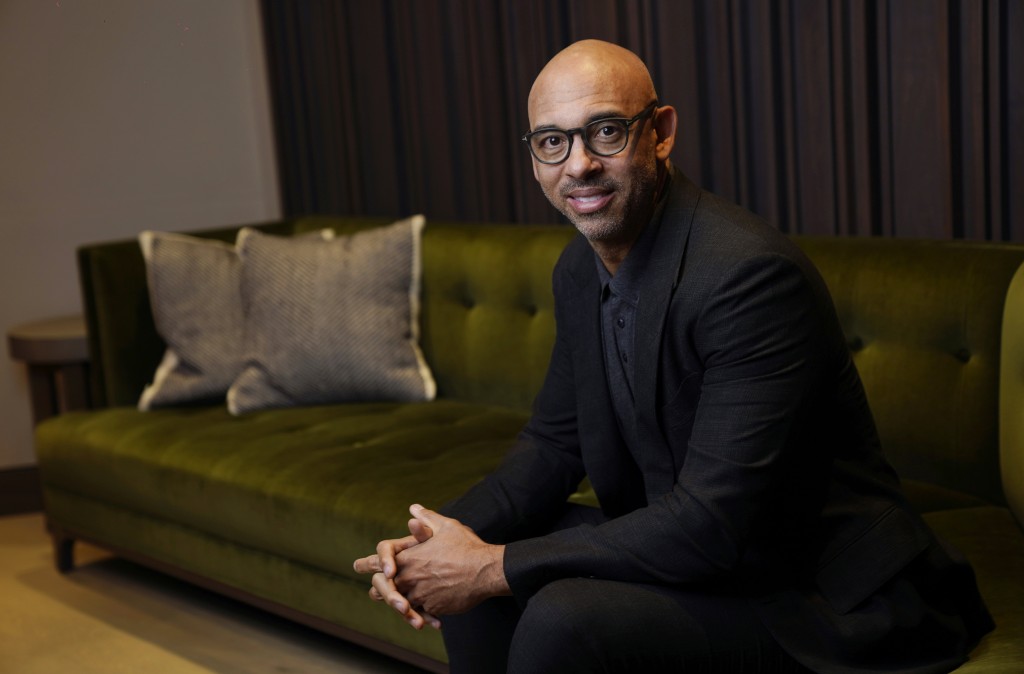 BURBANK, Calif. (AP) — Recording Academy CEO Harvey Mason jr. spoke to The Associated Press about efforts to make the Grammy's more inclusive. He also talked about other happenings in the music industry and cancel culture.

Mason addressed the rumors about R. Kelly’s Grammys being rescinded now that the singer has a criminal conviction and country singer Morgan Wallen’s nominations status following his use of racial slurs.

He also touched on the academy becoming a place to educate musicians who might be misinformed on certain topics such as diversity, inclusion, race relations and LGBTQ issues.

He also opened up about why he lowercased “jr.” in his name — to "make my own lane'' while honoring his musician father.

Here are outtakes from the interview:

R. Kelly might have his freedom taken away after his recent criminal conviction on sex trafficking charges, but the R&B superstar's Grammys won’t be stripped from him – at least, for now.

The “I Believe I Can Fly” singer was convicted last month in New York. He was found guilty on nine counts, including racketeering. The 54-year-old singer had managed to avoid legal and professional consequences after years of reports that he sexually abused young women and children. He was also accused of making a recording of himself sexually abusing and urinating on a 14-year-old girl.

Despite the acts attached to Kelly, Mason said the singer’s three Grammys will remain with him for now. He, along with the academy, will continue to evaluate their decision with caution.

“I think it’s something that we’re going to need to take a good hard look at, have a lot of conversations about, work through and make a decision,” Mason said. In 1997, Kelly won Grammys in three different categories for “I Believe I Can Fly” from the “Space Jam” soundtrack.

“But right now, I think it’s something that is going to take a little bit more consideration before we can really dictate or decide," he continued. "My initial feeling is we're probably not a business that we want to be in of taking people’s awards back after they’ve been given. But we’ll take a good look at it and see.”

Only one trophy has been revoked in the 62-year history of the Grammys, according to the Recording Academy. The award to pop duo Milli Vanilli was stripped in 1990 after the group admitted to lip-synching the “Girl You Know It’s True” album.

Country star Morgan Wallen was rebuked by the music industry after a video earlier this year showed him blurting out a racial slur —- which Mason says was “disturbing” to hear.

“I obviously was very offended,” said Mason, who is Black. “I was upset for the music community in general because I don’t like to see any of our music family either acting like that or feeling uncomfortable because of someone’s actions.”

The disgraced singer was dropped by his music label, disqualified from the Academy of Country Music Awards, and his music was temporarily pulled by radio stations and streaming stations. But despite his racial remark, the “Whiskey Glasses” singer saw his album sales soar.

Wallen garnered several nominations at the upcoming Country Music Association Awards — where he was nominated for the prestigious album of the year — and Billboard Music Awards, but he was not invited to either show.

It appears the Grammys will follow suit. But there’s a chance Wallen — who apologized for his actions — could receive nominations in major categories next month with the success of “Dangerous: The Double Album,” which is one of the most popular albums released this year across all genres.

With the peer-driven voting system, Mason says Wallen being nominated or not is out of the Recording Academy’s control. But the organization can dictate whether he can attend or participate in any Grammy activities — including the 64th annual awards show on Jan. 31.

Besides, Mason doesn’t want to penalize those who worked on Wallen’s album because of his missteps.

Mason understands the cancel culture’s “outcry for change,” which he fully supports. But he doesn’t want to overreact before knowing the facts in any situation.

“Cancel culture has a purpose in the sense that there is a need for change and accountability, and I respect that,” he said. “But conversely, I’m not a fan of casting somebody out on a rumor or on somebody’s word without a real investigation or without real information. And that’s really my stance.”

This summer, DaBaby faced heavy backlash after he made crude and homophobic remarks at a Miami-area music festival. The rapper apologized twice — including once to the LGBTQ+ community — for his comments and said he was misinformed about HIV/AIDS after he was cut from a few music festival lineups.

Mason hopes the Recording Academy can become a place to educate musicians who might be misinformed on certain topics such as diversity, inclusion, race relations and LGBTQ issues.

“There’s an opportunity to educate people to use music or maybe their platform or the stage of our show to shine a light on things that could be done better or done differently in regards to some of the contentious issues that we’ve had in our country and in our community,” he said. “So I’m definitely looking forward to tackling some of that. I know it’s a little sticky. I might get beat up over it, but I’m definitely going to try it.”

When Mason was in high school, he wanted to create his own identity while paying homage to his famed father Harvey Mason Sr., the Grammy-nominated jazz drummer of the group Fourplay.

So, Mason decided to lowercase “jr.” in his name.

“I wanted to make my own lane and I wanted to have my own space, but I also wanted to honor my father,” said Mason, whose father has been nominated 10 times.

“I was trying to find the sweet spot between having my own accomplishments and being my own person, but also acknowledging my dad,” he continued. “He was incredible. He blazed a trail for me and a lot of other music people. I also think it looks way better. Superficial reasons.”

Mason is a five-time nominee.

“I think consumption habits are changing,” he said. This year’s telecast reached 9.2 million viewers – television and streaming. It's the lowest number on record and a 51% drop from last year, the Nielsen company said.

“I think the traditional kind of old school ratings of who’s watching CBS between 7 and 11 (p.m.) are maybe not giving us all the information,” he continued. “I know that we’re hearing really good things on the digital side, on the streaming side and other alternative ways of watching the show.”

With Viacom wading more into the streaming space, Mason wants to see how the Grammys evolves into that area. The 57th Academy of Country Music Awards will move from a TV network to stream on Amazon Prime Video next year.

The Grammys and CBS have five years remaining on their broadcast deal.

“We’ll go over the next few years, we’ll see how our show potentially evolves into that area and channel,” Mason said. “I’m hopeful that we can find a great way to keep growing and keep working together. … CBS has been our partner for a very long time. We love our partnership and look forward to continue in whatever form that takes us, whether that’s traditional or streaming or whatever new format that comes up in the next five years.”