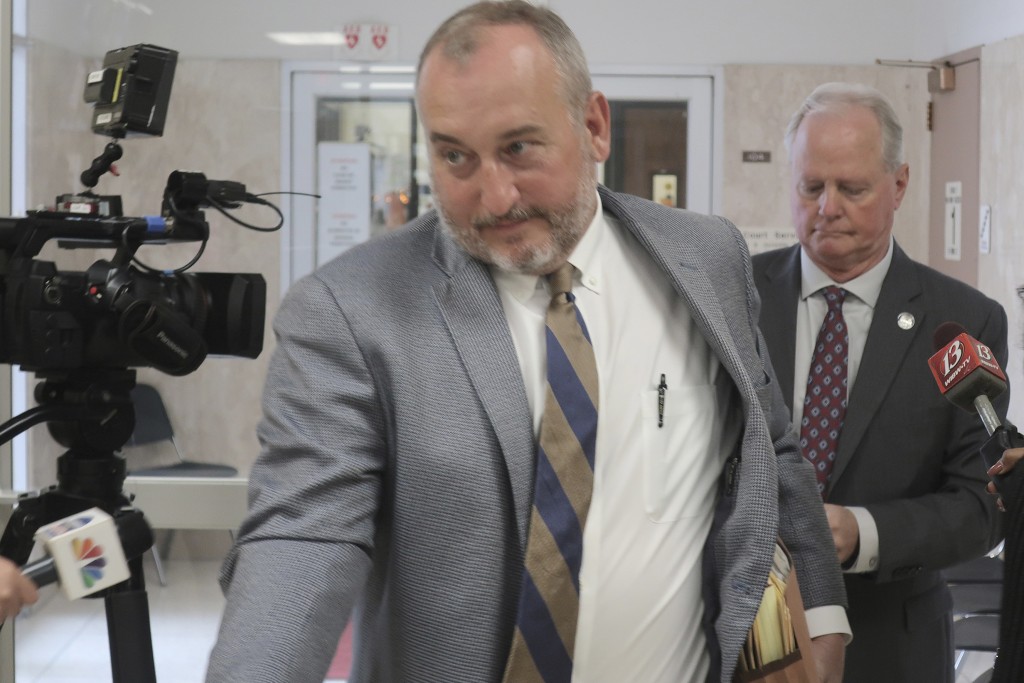 TOPEKA, Kan. (AP) — A Wichita Republican who once was one of the Kansas Legislature’s most powerful lawmakers pleaded no contest Monday to driving under the influence and reckless driving and will serve two days in jail.

Shawnee County District Judge Jason Geier found Suellentrop guilty and sentenced him to 6 months in jail for the DUI and 90 days for reckless driving. The bulk of the jail sentences were suspended, but Suellentrop will serve 48 hours in jail and be on probation for a year. Geier also ordered him to pay $775 in fines and $218 in court costs.

Fellow Republican senators removed Suellentrop as their majority leader in April, only five months after naming him to the job, which comes with the power to set the Senate's daily debate calendar. It was the first time in at least several decades that a legislative leader had been removed mid-term.

Suellentrop, however, continues to retain the Senate seat that he first won in 2016. He is a 69-year-old businessman who also served eight years in the House.

Suellentrop answered a series of questions from Geier to show that he understood his agreement with prosecutors and wasn't being coerced into it, and then apologized publicly. His jail term is scheduled for Nov. 18-20.

“There are many lessons to be learned in circumstances such as these,” Suellentrop said. “I can assure you I've learned my share.”

Suellentrop also had his driver's license suspended, and when it is reinstated, he'll have to install an ignition interlock device on his car that will prevent it from starting until he passes a breath test for alcohol.

“You will not see me in this court or any other court of law for any other similar infraction,” he told Geier.

Deputy District Attorney Charles Kitt said Suellentrop applied for but was denied a diversion agreement. Such agreements are used when people are charged with minor crimes to allow them to avoid convictions if they avoid further legal trouble.

Geier emphasized several times Monday that Suellentrop was receiving a punishment in line with the typical first-time DUI offender. The Kansas Highway Patrol had said Suellentrop's blood-alcohol level was 0.17, more than twice the legal limit of 0.08.

Suellentrop's case received national attention because he was a legislative leader and reportedly had been driving up to 90 miles per hour. A Kansas Highway Patrol trooper also said in an affidavit that Suellentrop at one point called him “donut boy.”

Law enforcement radio recordings and 911 calls released by the local sheriff’s department in response to an open records request showed multiple people reported Suellentrop’s white SUV traveling the wrong way on I-470 near a south Topeka exit and then on I-70 through northern Topeka.

Suellentrop’s attorney, Tom Lemon, said in court that Suellentrop hadn't known police were behind him and that once he understood what was going on, “He was not disagreeable,” suggesting, “maybe there were some misunderstandings.”

“This is a case that was serious, and thank God no one was hurt here,” Lemon said during Suellentrop’s hearing Monday.