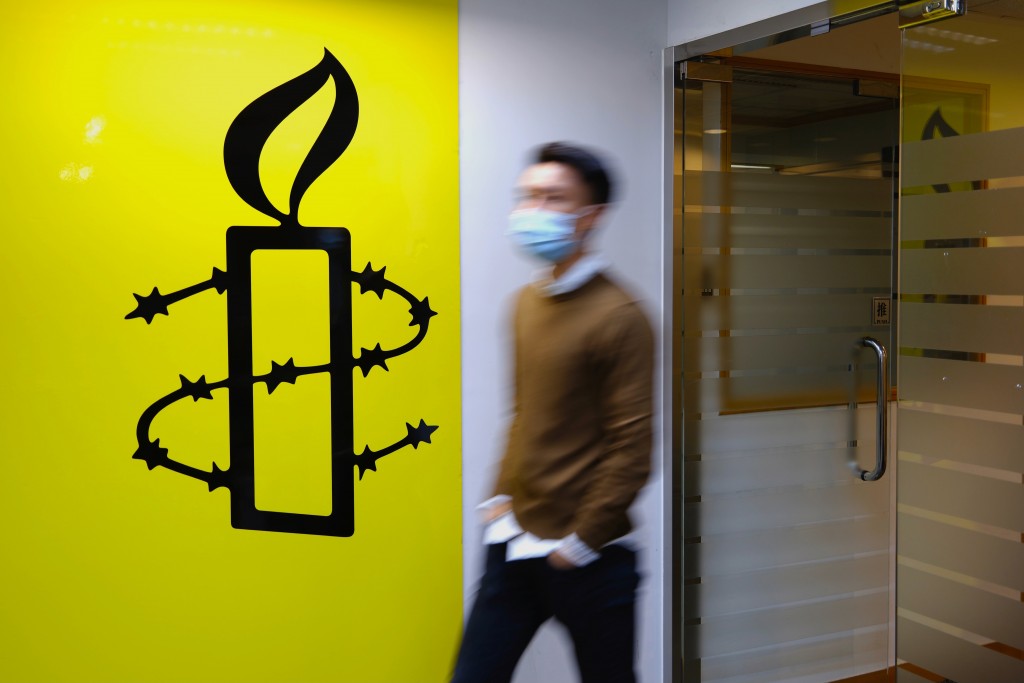 TAIPEI (Taiwan News) — The Hong Kong offices of Amnesty International are set to close by the year’s end, with the organization citing an inability to operate under the city’s increasing repression of civil society.

The organization, which has operated in Hong Kong continuously for 40 years, will close its local office before the end of the month and its regional office by the end of the year, according to The Guardian.

“This decision, made with a heavy heart, has been driven by Hong Kong’s national security law, which has made it effectively impossible for human rights organizations in Hong Kong to work freely and without fear of serious reprisals from the government,” announced Dr. Anjhula Mya Singh Bais, the chair of the group's international board, in a press release Monday (Oct. 25), per the newspaper.

The regional office will move to another country, where it will continue to carry out research and advocacy work focused on Asia, according to the Hong Kong Free Press. The local office, which focuses on human rights education, will simply close.

Beijing introduced Hong Kong’s national security law in June 2020, criminalizing nearly all forms of dissent in the formerly autonomous territory. With vague wording pertaining to collusion with foreign forces and support of secession, subversion, or terrorism — which can mean as little as disrupting public transit with a protest — the law has had a chilling effect on political activity. Over 150 people have been arrested for violations of the law — the vast majority for non-violent acts.

Amnesty International’s advocacy work in Hong Kong included helping to abolish the death penalty in 1993 as well as comprehensive documenting of the 2019 protests, per The Guardian. Last month, it said police in the city now had “virtually unchecked investigative powers."

The city’s broad crackdown on civil society has been a slow and determined attempt to eliminate all groups of possible political concern to the Beijing and Hong Kong authorities. Earlier this month, the Confederation of Trade Unions, which was comprised of over 70 subsidiary groups, decided to disband after the persecution of its leadership, according to The New York Times.

The NGO Human Rights Watch has also recently said it will leave the city, while the Hong Kong Professional Teachers Union is disbanding too, per the report.