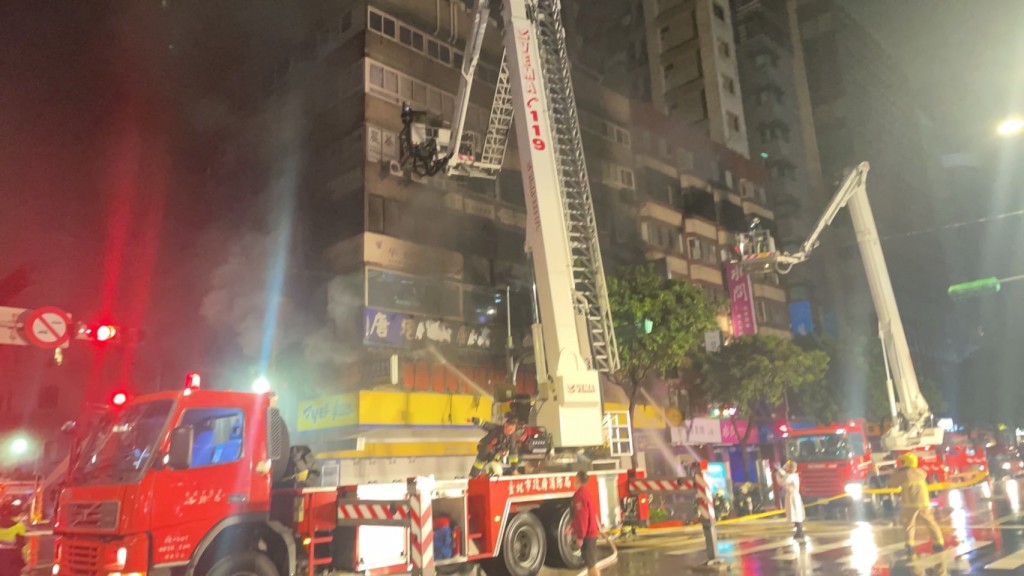 TAIPEI (Taiwan News) — A venerated Mongolian barbecue restaurant was devastated by a fire on Sunday (Oct. 24) with 17 people evacuated and no injuries reported.

On Sunday evening, a fire broke out at a seven-story building on Songjiang Road in Taipei's Zhongshan District. The blaze apparently started in the Tang Kung Bar-B-Q restaurant on the building's second floor, but it was contained before engulfing the entire building, and all occupants were safely evacuated.

According to a post uploaded by the Taipei City Fire Department on Facebook, the fire broke out in the restaurant near midnight. The fire department dispatched three vehicles and 10 firefighters to the scene.

When they arrived on the second floor, they found that the kitchen and dining areas were all engulfed in flames. Plumes of smoke soon wafted up to the upper floors, and the fire threatened to engulf the entire building. However, firefighters worked quickly to contain the blaze and rescue 17 people from the building. The fire was extinguished before it could spread to the rest of the building.

A preliminary investigation found that all the employees of the restaurant had already finished work and left the premises before the fire had started. The cause of the fire is currently under investigation.

Based on the restaurant's website, the eatery has been around for 40 years, featuring both Mongolian barbecue and copper hot pot. As a testament to the restaurant's popularity, it has received 3,939 reviews on Google, where it received an average of four out of five stars. Its signature dish is not actually Mongolian cuisine but rather the invention of Taiwanese crosstalk comedian Wu Zhaonan (吳兆南). Wu, a native of Beijing, opened a street stall in Taipei in 1951 and originally wanted to call a newly devised dish Beijing Barbecue.

However, due to political tensions with China, he opted for the name Mongolian barbecue. The concept is the stir-frying of a customer's choice of meat, vegetables, and sauce on an iron griddle.

With the closure of rival Genghis Khan Mongolian Bar-B-Q in August, Tang Kung was one of the last restaurants in Taipei still offering the Taiwanese invention.