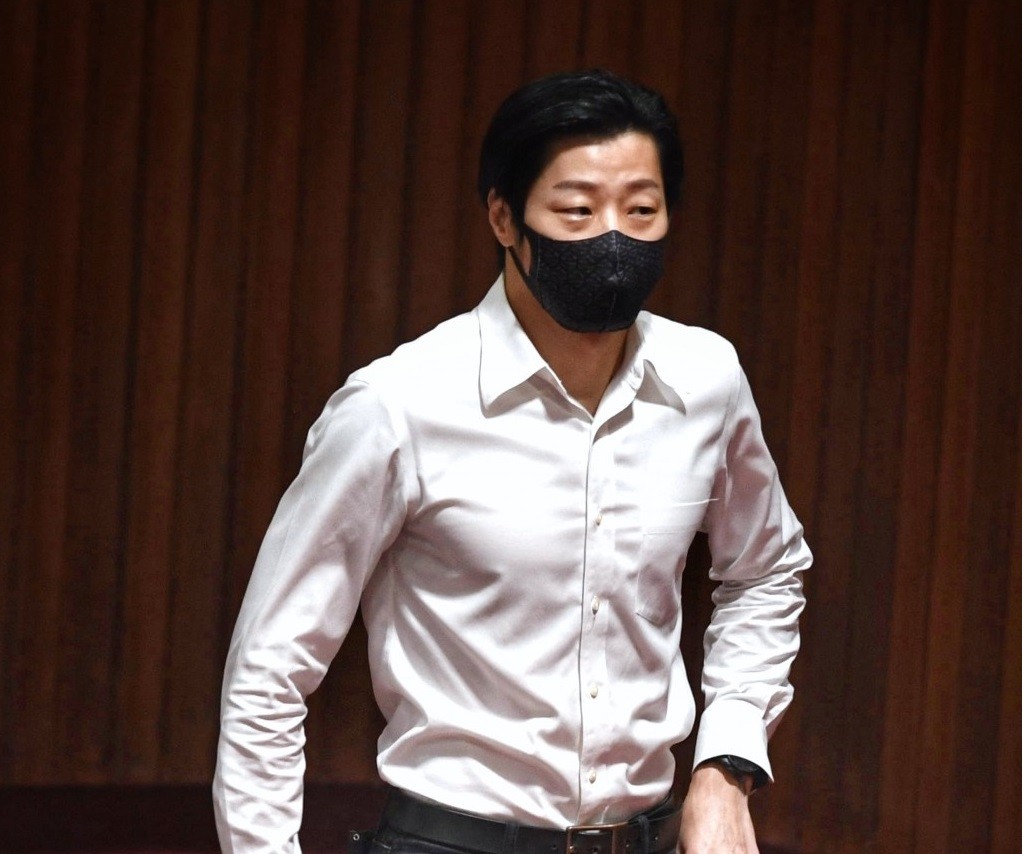 Following the successful recall of Taiwan Statebuilding Party (TSP) Legislator Chen Po-wei (陳柏惟), the country's fragile democracy is at a serious crossroads, with Chen's recall serving as a dire warning.

The recall vote has sent shockwaves through pan-green circles, as it has proven that the Chinese Communist Party (CCP) can easily initiate and sway recall movements with zero regard for the results of democratic elections.

The recall has also shown the carefully orchestrated smear campaign leveled at Chen to be highly successful. None of this disinformation appears to have any legal implications for those who publicly issued it, such as KMT leader Eric Chu (朱立倫), though many of the remarks were highly libelous.

Such speech was amplified by CCP-affiliated mainstream media via countless Line and Facebook groups as well as attack bots on Chen's and the TSP's livestreams and YouTube videos where the speakers, their face hidden and voice disguised, delivered lines straight out the CCP playbook. The disinformation was circulated by supporters of Chen's opponent, Yen Kuan-heng (顏寬恆), until polling day throughout the community, especially among the elderly.

None of this disinformation was flagged or removed by social media companies, while some of those who fought back, including me, were censored and banned from those platforms.

The KMT aims to get rid of another member of the legislature's Foreign and National Defense Committee, Freddy Lim (林昶佐), via recall. Chen's recall and the possible recall of Lim leave that committee vulnerable to a likely KMT majority.

The implications will likely include deliberately stalled defense funding, paused domestic manufacturing of defense materials, termination of working relationships with foreign weapons manufacturers, and deterioration of relationships with allies as well as like-minded countries that support Taiwan. In addition, certain KMT members' suspected CCP links could compromise national security and lead to highly sensitive information ending up in the wrong hands across the strait.

There are also question marks about Taiwan's recall regulations, with young people now questioning the fairness of the Chen recall, after seeing a star legislator pushed out in favor of Yen, who was backed by old money but has done very little.

This does not demonstrate democracy well for Taiwanese youths who are brought up with notions of democracy, fairness, and justice for all. Those with political aspirations who are unaffiliated and lack establishment financial backing are now asking, "For whom and for what?" following the announcement of the recall result.

As the ruling party, the Democratic Progressive Party (DPP) must ensure that Taiwan's fragile democracy is protected from the CCP and its proxy agents in the KMT. Otherwise, there won't be much of a country left.

James Chen lives in Melbourne, Australia. He is a retail professional with a background in aviation and road transport. Chen's tertiary education was in business, marketing, and journalism, and he has a keen interest in railways, aviation, and Taiwan's political scene.
recallrecall voterecall campaigndisinformationCCPKMTChen Po-weiFreddy Lim
Tweet