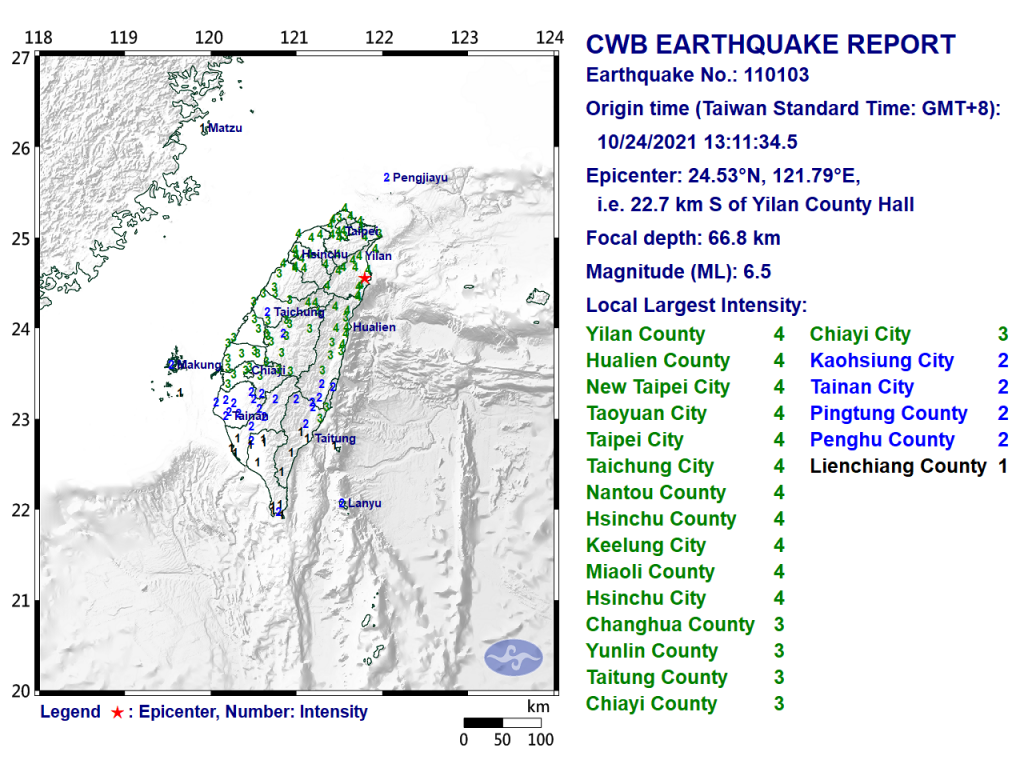 Several people were injured by the magnitude 6.5 quake, including a woman who was struck by falling rocks while hiking with a group of nine in Taroko National Park in Hualien County at 1:15 p.m on Sunday (Oct. 24), reported CNA. Also, a number of buildings across the country suffered minor damage, a car was struck by falling rocks on the Suhua Highway, and the jib on a tower crane on top of a high-rise building construction project was bent 90 degrees in Xinzhuang District, New Taipei City. Jib on tower crane bent at a 90-degree angle on top of construction site in New Taipei. (CNA photo)

The epicenter of the temblor was located 22.7 kilometers south of Yilan County Hall, with a focal depth of 66.8 km. Taiwan uses an intensity scale of one to seven, which gauges the degree to which a quake is felt at a specific location. 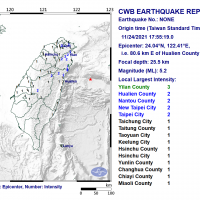 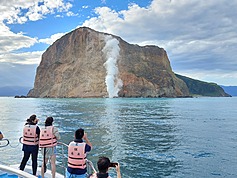 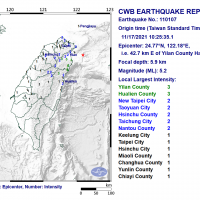 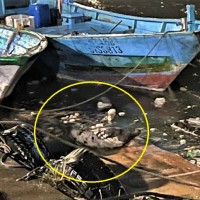