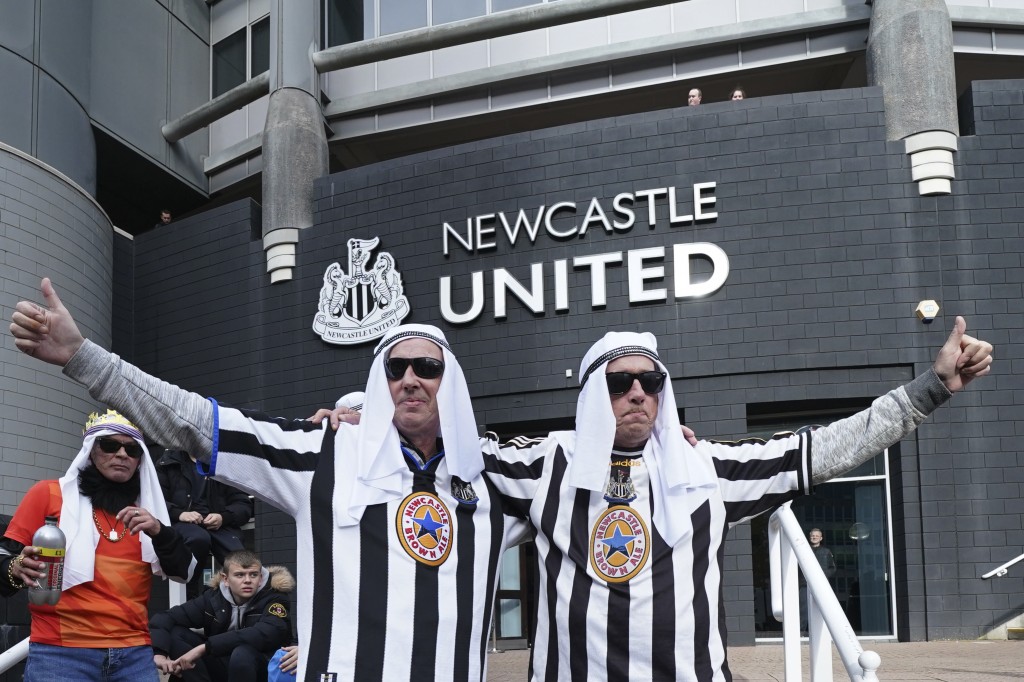 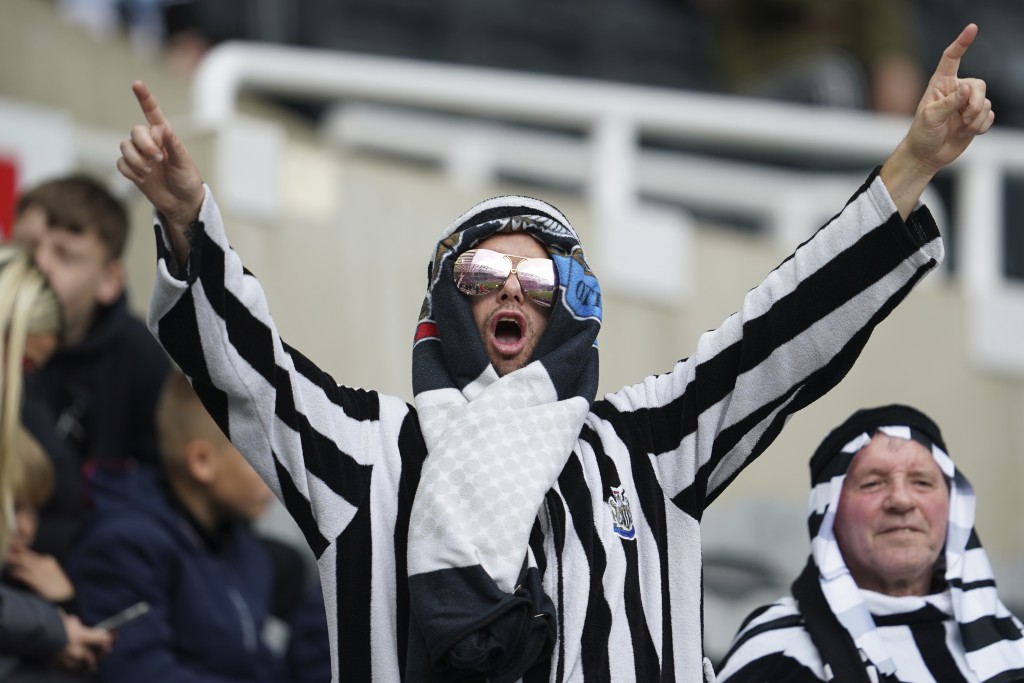 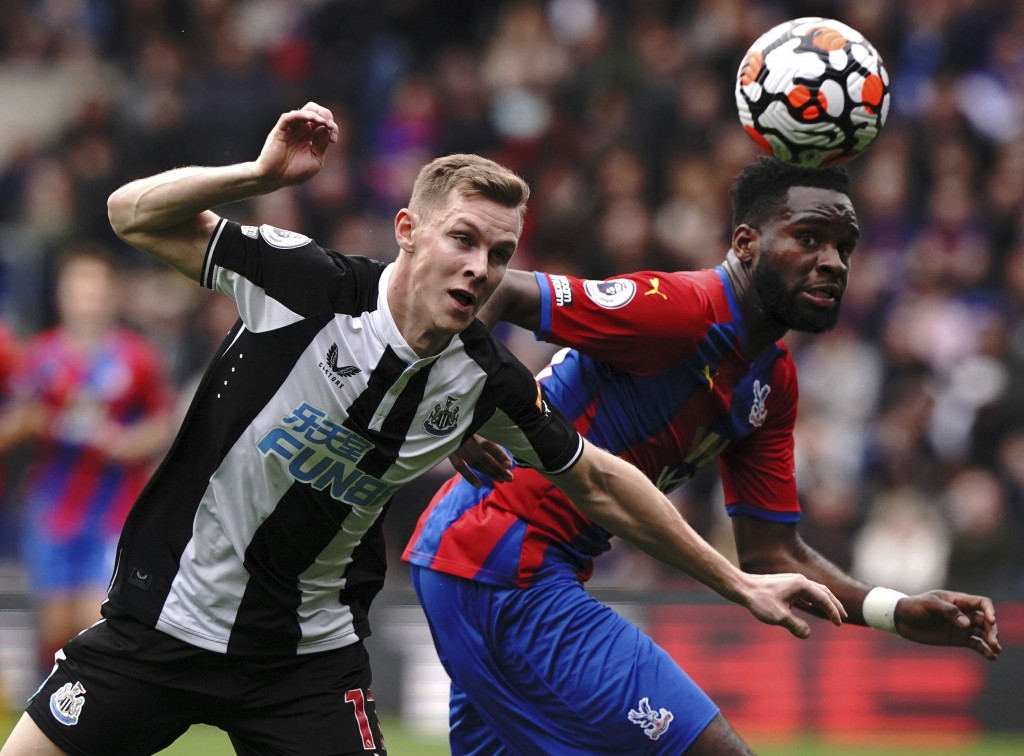 NEWCASTLE, England (AP) — Newcastle has backtracked on its request for fans to stop wearing imitation Arab clothing to mark the purchase of the Premier League team by Saudi Arabia’s sovereign wealth fund.

The club now says supporters who want to wear "appropriate culturally inspired clothing should feel free to do so as they see fit.”

“We are inclusive to all,” Newcastle said in a statement before the team’s away match against Crystal Palace at Selhurst Park on Saturday.

On Wednesday, Newcastle issued what it described as “guidance” about clothing at matches, saying some attire seen at the 3-2 home loss to Tottenham on Sunday — the first under the new Saudi ownership — could be viewed as “culturally inappropriate.”

The club said Wednesday that supporters should “refrain from wearing traditional Arabic clothing or Middle East-inspired head coverings at matches if they would not ordinarily wear such attire.” It added that the ownership group had not been offended by the wearing of clothing such as imitation head coverings and robes, but that it “risks causing offense to others.”

Anti-discrimination group Kick It Out welcomed the move by Newcastle and asked for its fans to show “respect and cultural sensitivity when choosing what to wear on matchdays.”

Three days later, Newcastle said those supporters who have worn “culturally traditional clothing” have been part of an overwhelming welcome for the Saudi owners.

Embracing Saudi riches has led to scrutiny on, and criticism for, Newcastle and the Premier League because of the kingdom’s human rights violations.