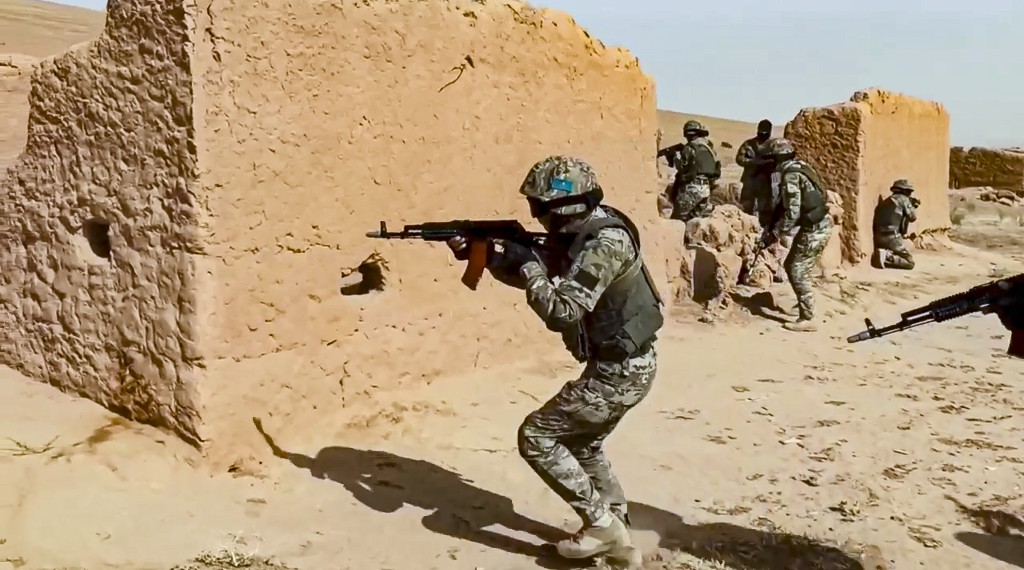 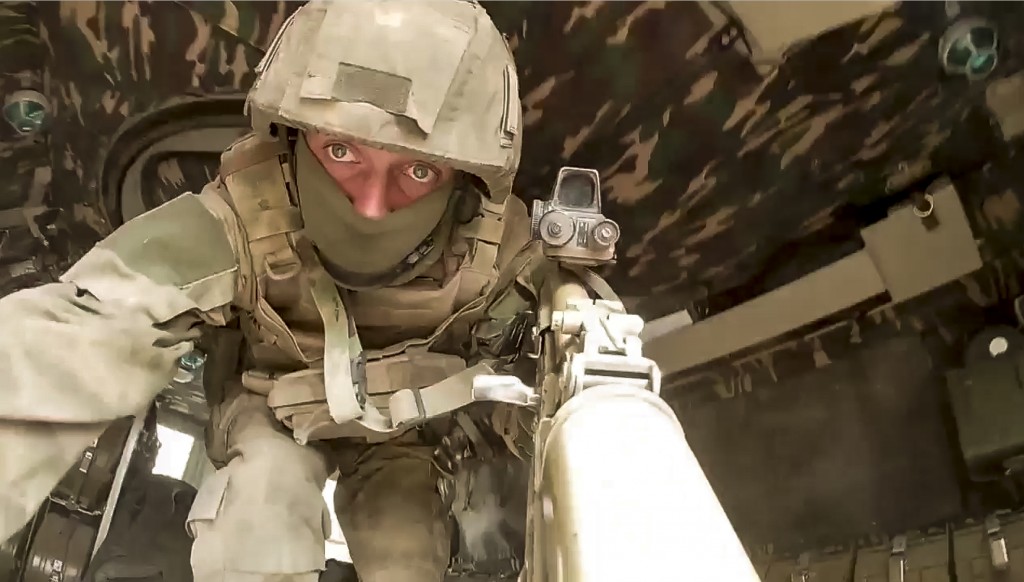 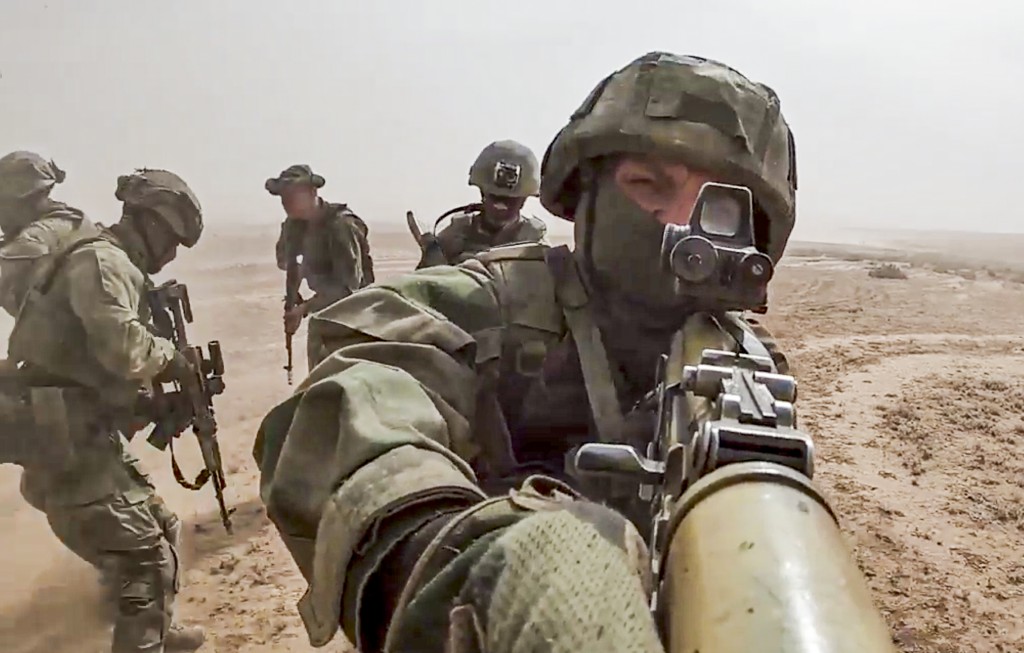 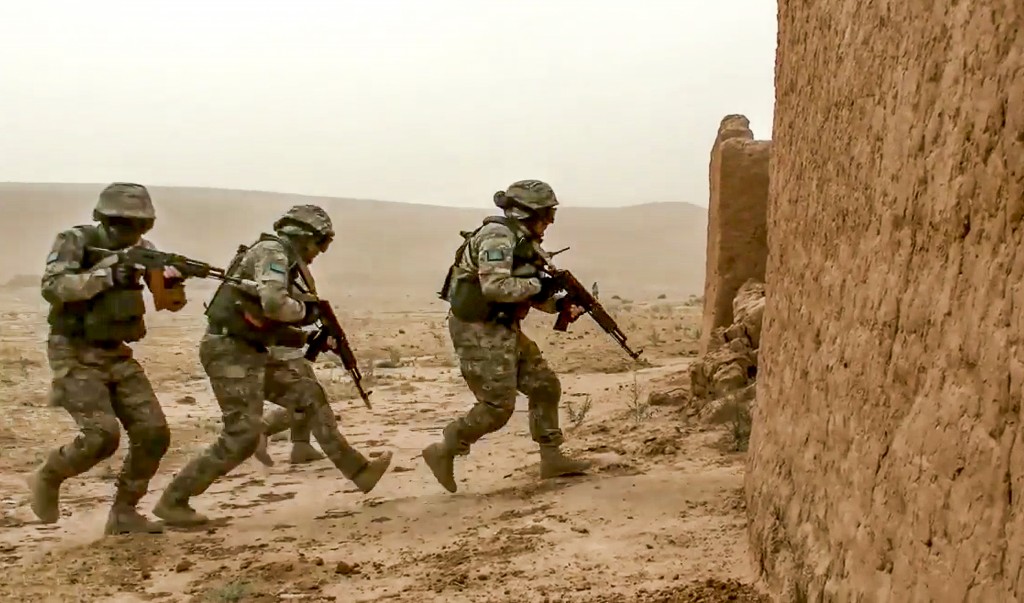 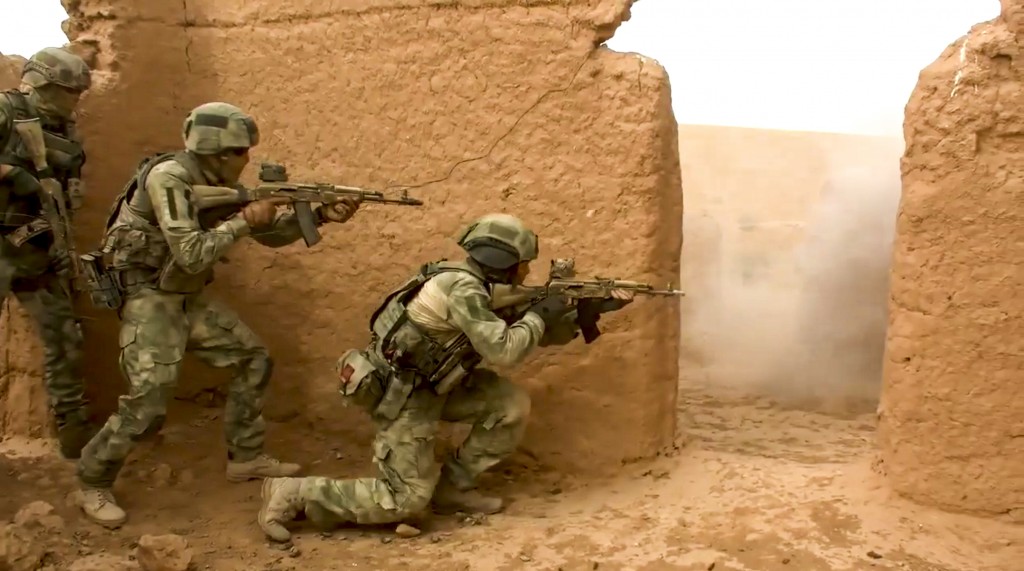 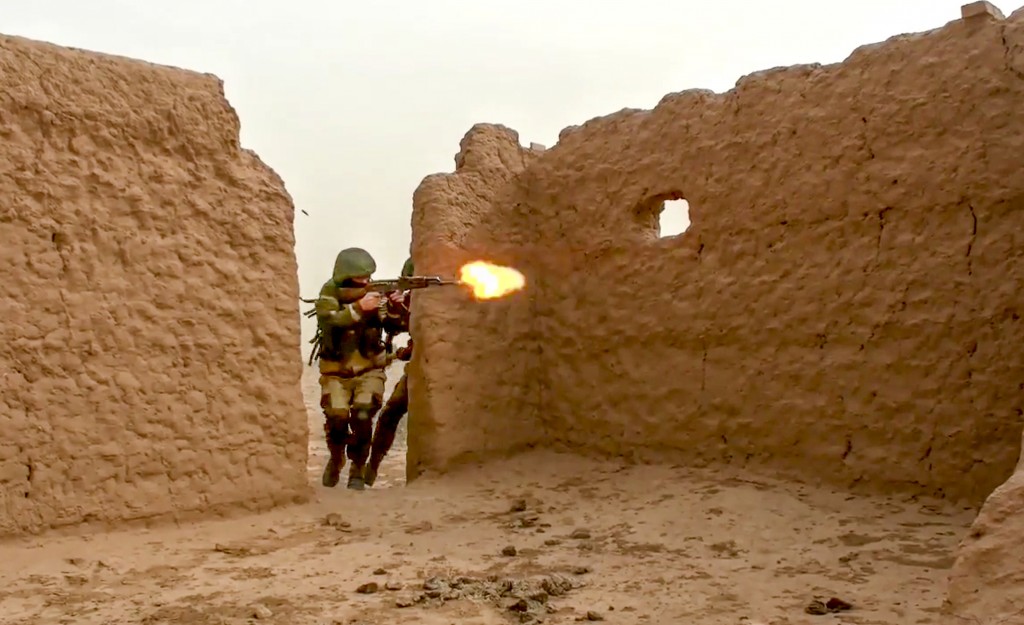 The exercises at the Momirak firing range about 20 kilometers (12 miles) north of the Afghan border involved armored vehicles and helicopter gunships. It was part of weeklong war games that brought together about 5,000 troops and over 700 armored vehicles from Russia, Tajikistan and several other ex-Soviet nations, which are members of the Collective Security Treaty Organization, a Moscow-dominated security pact.

Tajik Defense Minister Sherali Mirzo said the drills were decided amid the “catastrophic changes after the withdrawal of the international coalition” from Afghanistan.

“Terrorist groups operating in Afghanistan ... have obtained many modern weapons, significantly improved their positions and using the current situation create conditions for its transformation into a foothold for further destructive actions in the region,” Mirzo added.

Russian officials said they trusted the Taliban’s pledge that they wouldn’t threaten neighboring countries, but noted that the Islamic State group, al-Qaida and other militants in northern Afghanistan could try to destabilize the neighboring ex-Soviet Central Asian nations. They also said drug trafficking from Afghanistan will continue to present a challenge.

Moscow has vowed to provide military assistance to its ex-Soviet allies in Central Asia to help counter possible threats and held a series of joint drills in Uzbekistan and Tajikistan, which neighbor Afghanistan.

Russia has a military base in Tajikistan, its largest military outpost in the former Soviet Union. It also maintains an air base in Kyrgyzstan, and jets based there took part in this week’s war games.

The fighting between the Taliban and the Islamic State in northern Afghanistan raised fears of IS fighters and other militants flowing into Central Asian nations.

“(The Taliban) will try to push all pro-ISIS military groups out its territory or to destroy them and to become the only one (in power),” Poplavsky said. “That’s why we don’t exclude the option that they will push them to Tajikistan’s territory.”

The Soviet Union fought a 10-year war in Afghanistan that ended with its troops withdrawing in 1989. In recent years, Russia has made a strong diplomatic comeback as an influential power broker on Afghanistan, hosting several rounds of talks with various Afghan factions.

Russia had worked for years to establish contacts with the Taliban, even though it designated the group a terror organization in 2003 and never took it off the list, Unlike many other countries, it hasn’t evacuated its embassy in Kabul after they took over the Afghan capital in August.

On Wednesday, Russia hosted another round of talks that involved the Taliban along with senior diplomats from China, Pakistan, Iran, India and the former Soviet nations in Central Asia.

Speaking during a panel with international foreign policy experts on Thursday, Russian President Vladmir Putin said that the international community “is getting close” to officially recognizing the Taliban as the new rulers of Afghanistan, saying the decision must be made by the United Nations. He emphasized the need for the Taliban to recognize the interests of all Afghan ethnic groups and respect human rights, but noted its efforts to combat the Islamic State group and other militants.

Vladimir Isachenkov in Moscow contributed to this report.