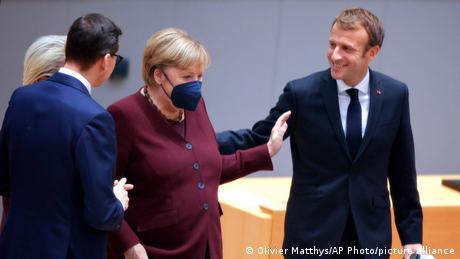 Although Angela Merkel could still be the chancellor of Germany the next time European Union leaders meet, her colleagues decided to give her an official send-offon Friday at a summit of bloc leaders in Brussels.

"You are a monument,'' said EU Council President Charles Michel, adding that a summit meeting without her will be like "Rome without the Vatican or Paris without the Eiffel Tower.''

Michel added: "Your spirit and experience will remain with us. You are not leaving us.''

Former US President Barack Obama, who has referred to Merkel as a good friend, sent a video message that was played at the celebration.

"Your beloved people and the entire world owe you a debt of gratitude for taking the high ground for so many years," he said, referring to her as the "center" holding the EU together and praising what he saw as her putting principles ahead of self-interest.

Merkel was also given gifts, including, according to one EU official, an artistic impression of the Europa building in Brussels, dubbed "the Egg" for its ovoid central shape.

The meeting was Merkel's 107th EU summit, having been Germany's chancellor for 16 years. During that time she has become known internationally for doing the utmost to promote and protect European solidarity, with a few notable exceptions such as the Greek debt crisis, when Germany's national self-interest prevailed.

Germany held federal elections in September, the first without Merkel as a candidate for chancellor since 2005. Her party, the Christian Democrats (CDU) finished behind the Social Democrats in the vote, but she will stay on as caretaker until a new leader is chosen by parliament. The country's next likely coalition of the Social Democrats (SPD), Free Democrats (FDP), and the Green party haspromised a new governmentbefore Christmas.