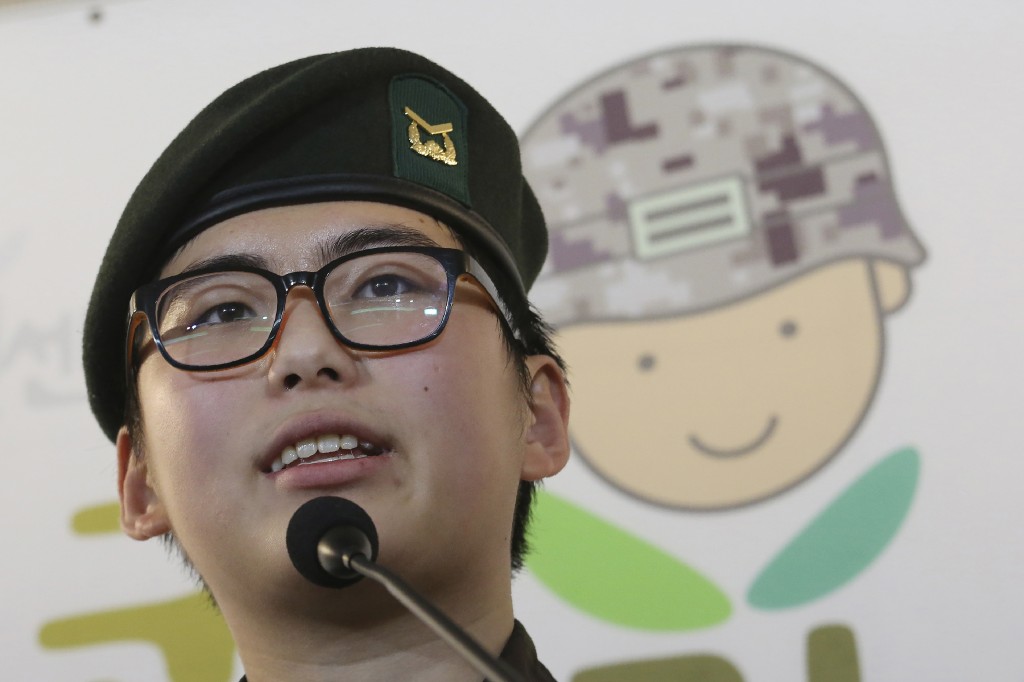 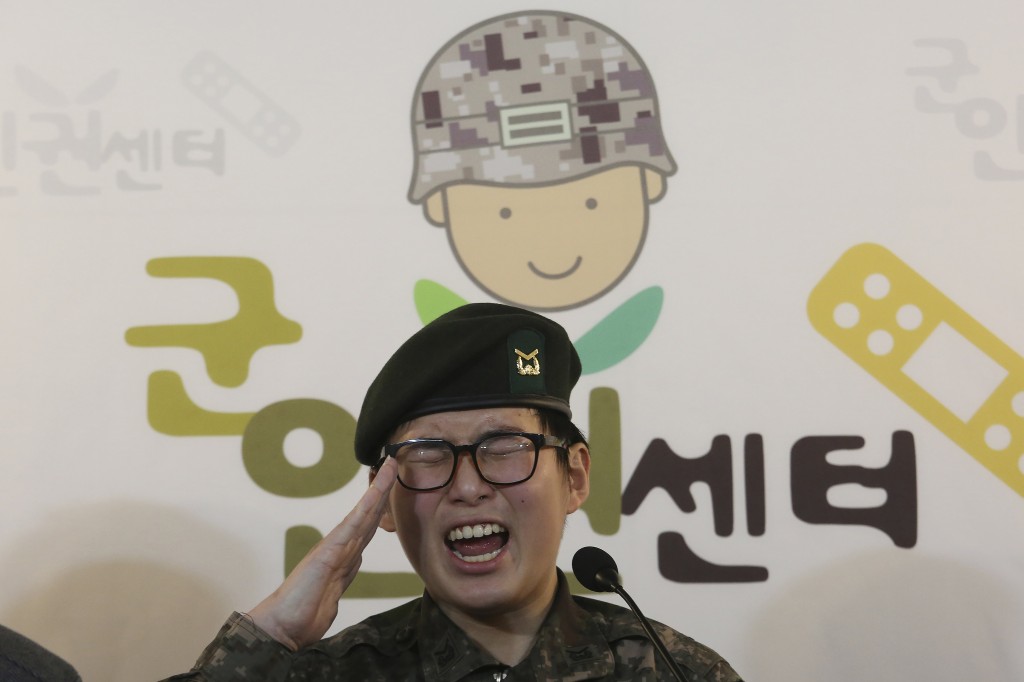 The ministry, which oversees lawsuits filed by government branches, said in a statement that its decision to instruct the army not to appeal was based on legal logic as well as “constitutional spirit of respecting human dignity" and public sentiment.

The Defense Ministry said earlier this week it decided to let the army appeal in the case of former Staff Sergeant Byun Hui-su and requested the Justice Ministry to approve the filing.

That angered human rights advocates, who urged the military to accept the verdict and work out measures to guarantee service for sexual minorities.

The Defense Ministry and the army didn’t immediately comment on the Justice Ministry’s decision.

South Korea prohibits transgender people from joining the military but has no specific laws on what to do with those who have sex reassignment operations during their time in service.

The Daejeon District Court on Oct. 7 ruled that the army unlawfully discriminated against Byun and struck down its decision to discharge her for undergoing gender reassignment surgery. The ruling came seven months after she was found dead at her home in Cheongju city.

Byun, who was a tank driver, was discharged in January 2020, after the army concluded that her operation could be a reason for dismissal. The army then cited a law that allows the military to discharge personnel with physical or mental disability unless it resulted from combat or an injury suffered in the line of duty, and insisted that Byun’s loss of male genitals amounted to a disability.

The Daejeon court said the army’s decision to discharge Byun couldn’t be legally justified because it was based on an assertion that she was male.

The court pointed out that the army already knew Byun had applied to the Cheongju District Court to change her legal status as a woman before it decided to discharge her. The army should have considered her as a woman and that would have invalidated the disability argument, the Daejeon court said. The Cheongju court had granted Byun’s request weeks after she was discharged.

Byun, who said she had sex reassignment surgery in Thailand in November 2019 after suffering depression over her sexual identity, expressed a desire to continue serving, but a military panel rejected her appeal. She filed a lawsuit against the military in August 2020, and her relatives inherited the suit after her death.

In a parliamentary hearing on Thursday, Defense Minister Suh Wook said the matter of allowing transgender people to serve in the military should be a decision based on public consensus and implied that doing so would potentially hurt military morale.

The Justice Ministry sidetracked those concerns, saying that the ruling by the Daejeon court wasn’t a broader call for allowing transgender people to serve but a recognition that the army’s decision to discharge Byun lacked legal grounds.

Under conscription aimed at deterring aggression from North Korea, most able-bodied males in South Korea must serve 18-21 months in the military. Byun voluntarily joined as a non-commissioned officer to become a professional soldier.