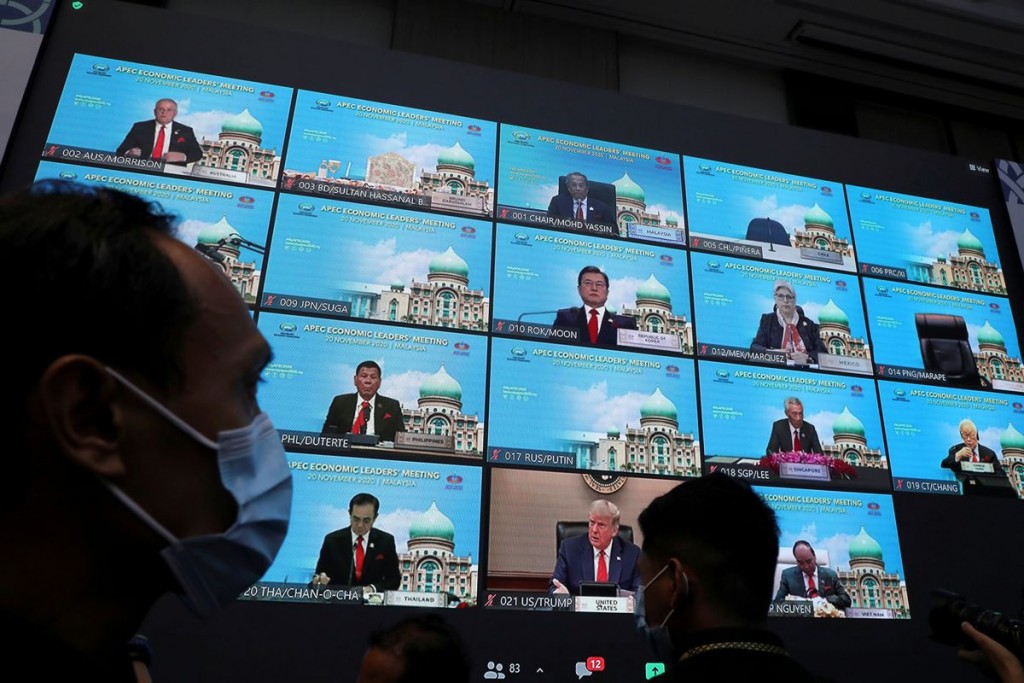 The ministers agreed to use all available policy tools to address COVID-19 and said they would maintain macroeconomic and financial stability and refrain from competitive exchange rate devaluations.

"The pandemic has caused a rapid rise in public debt and demands for new spending continue to grow as we recover. More than ever, we need to use our resources effectively," New Zealand Finance Minister and Deputy Prime Minister Grant Robertson said.

Despite a sharp drop in infections and rising vaccinations in wealthy APEC nations, there are concerns that few shots have reached smaller, poorer countries where the virus still rages. The World Health Organization has spoken about the risks and inequality of such "vaccine apartheid". read more

The 21-economy group, which includes the United States, China and Japan, also acknowledged divergence in recovery from the pandemic as groups such as women and indigenous people continue to be disproportionately impacted.

Ahead of the U.N. COP26 talks in Glasgow later this month, Robertson called on members to ensure sufficient capital was in place to drive a shift towards a lower carbon future, including the use of fiscal funding tools, and exploring partnerships with the private sector.

"As we work to bring the pandemic to an end, we must not lose sight of the broader challenges affecting our region, including climate change and inequality," he said.

Robertson chaired the virtual meeting from Wellington, which was also attended by representatives of the Organisation for Economic Co-operation and Development (OECD) and the International Monetary Fund (IMF), among others.

The meeting was closed to the media.