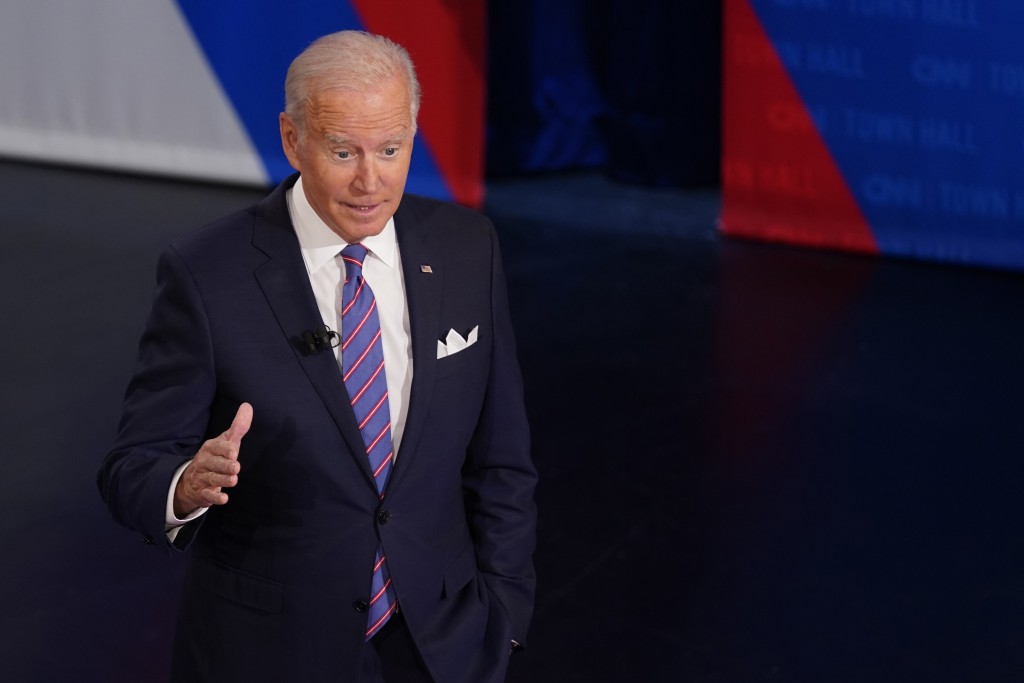 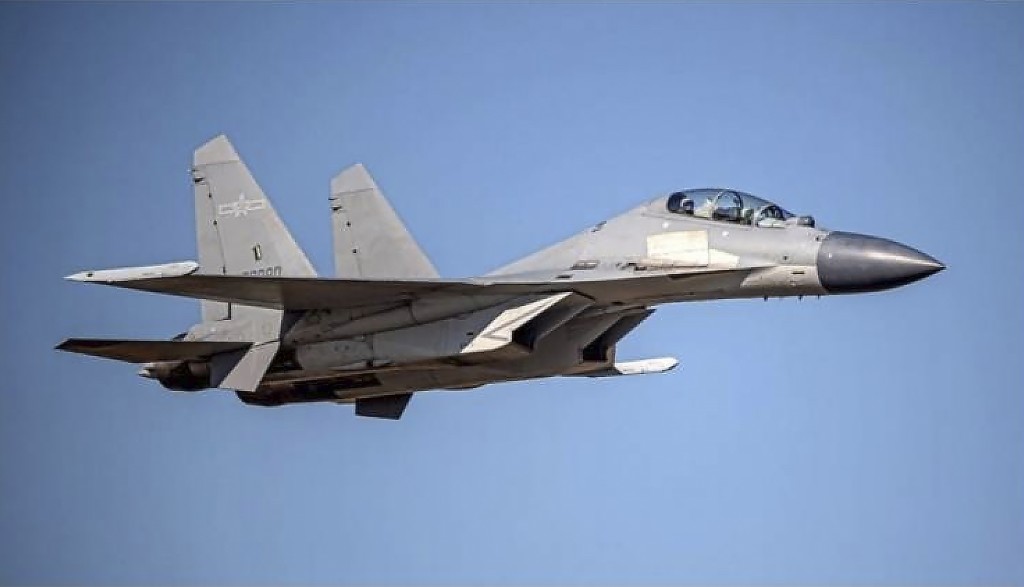 BEIJING (AP) — China on Friday said there is “no room” for compromise or concessions over the issue of Taiwan, following a comment by U.S. President Joe Biden that the U.S. is committed to defending the island if it is attacked.

Foreign Ministry spokesperson Wang Wenbin reasserted China’s longstanding claim that the island is its territory at a daily briefing after Biden made his comment a day before at a forum hosted by CNN.

China has recently upped its threat to bring Taiwan under its control by force if necessary by flying warplanes near the island and rehearsing beach landings.

“Taiwan is an inalienable part of China’s territory. The Taiwan issue is purely an internal affair of China that allows no foreign intervention," Wang said.

Biden's comments on Thursday were viewed as stretching the “strategic ambiguity" Washington has maintained over how it would respond to an assault on the self-governing island republic.

The U.S. should “be cautious with its words and actions on the Taiwan issue, and not send any wrong signals to the separatist forces of Taiwan independence, so as not to seriously damage China-U.S. relations and peace and stability in the Taiwan Strait,” Wang said.

At the White House, press secretary Jen Psaki said Friday that Biden’s comments about Taiwan weren't meant to signal a change in approach.

“What I can convey to you is that our policy has not changed,” Psaki said. “He was not intending to convey a change in policy, nor has he made a decision to change our policy."

In his comments, Biden said the U.S. did not want a new Cold War but expressed concern about whether China was “going to engage in activities that will put them in a position where they may make a serious mistake."

“I just want to make China understand that we are not going to step back, we are not going to change any of our views.” Biden said. Asked whether the U.S. would come to Taiwan's defense if it were attacked, he replied: “Yes, we have a commitment to do that.”

Asked Friday whether the U.S. would defend Taiwan if the island were attacked by China, U.S. Defense Secretary Lloyd Austin told a reporter he would not discuss hypothetical situations, but also said, “Nobody wants to see cross-Strait issues come to blows -– certainly not President Biden, and there’s no reason that it should.” Speaking in Brussels after a NATO defense ministers' meeting, Austin added that Washington remains committed to its longstanding “one China” policy.

In Taipei, a spokesperson for independence-minded President Tsai Ing-wen said the U.S. has shown its support for Taiwan through concrete actions and the island's 23 million citizens would not surrender to pressure or act rashly.

“Taiwan will demonstrate our firm determination to defend ourselves and continue to work with countries with similar values to make a positive contribution toward the Taiwan Strait and Indo-Pacific region’s peace and stability,” spokesperson Chang Tun-han said.

China and Taiwan split during a civil war in 1949. The U.S. cut formal diplomatic relations with Taipei in 1979 in order to recognize Beijing. The U.S. does not openly contest China's claim to Taiwan, but is committed by law to ensure the island can defend itself and to treat all threats toward it as matters of “grave concern."

Under President Xi Jinping, who is also Communist Party leader and head of the armed forces, China has been stepping up military, diplomatic and economic pressure on Taiwan. Over its National Day weekend at the beginning of the month, China sent a record 149 military aircraft southwest of Taiwan in strike group formations, prompting Taiwan to scramble aircraft and activate its air defense missile systems.

China has also recently held beach landing exercises on its side of the roughly 160-kilometer (100-mile) -wide Taiwan Strait that, like the aircraft incursions, it described as a warning to Tsai's administration.

On Wednesday, Biden’s pick for ambassador to Beijing, Nicholas Burns, told lawmakers considering his nomination that Americans should “have confidence in our strength” when dealing with the rise of China, a nation he said the U.S. and its allies could manage.

Burns echoed the Biden administration’s stand on cooperating with China where possible but condemning many of its actions, including its policies toward Taiwan and the semi-autonomous territory of Hong Kong, where it has virtually eliminated dissident voices through stiff legislation and arrests.