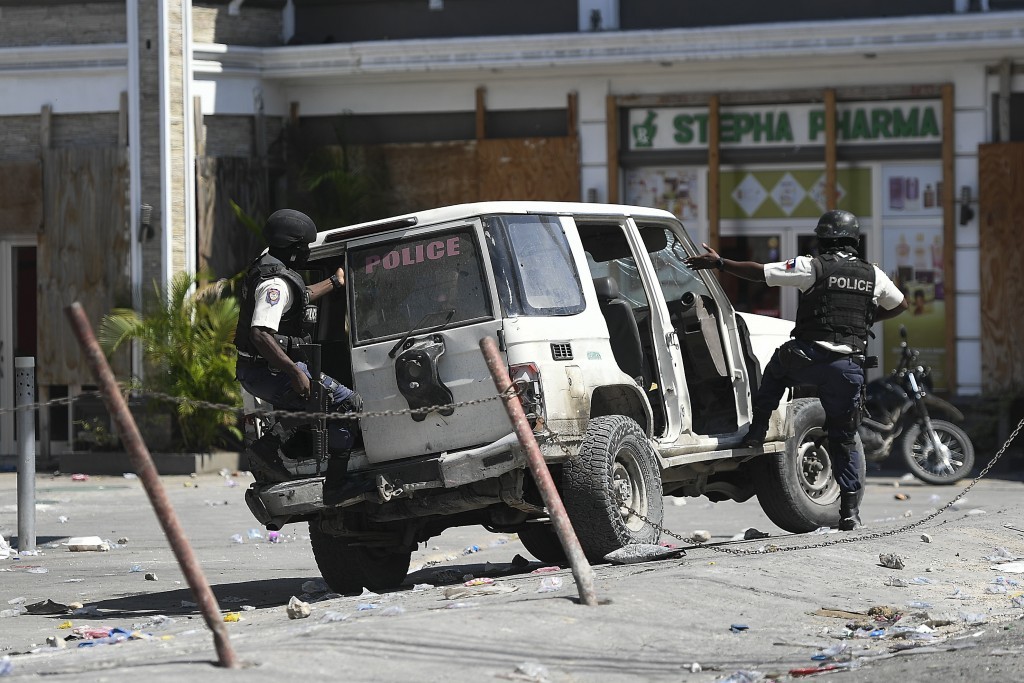 A Haitian man identifying himself as the leader of the gang that kidnapped a group of American and Canadian missionaries said in a video posted on YouTube on Thursday that he was willing to kill "these Americans" if he does not get what he needs.

The speaker in the video, dressed in a purple suit, is recognizable as the man known in Haiti by the alias Lamo Sanjou, the leader of the 400 Mawozo gang that authorities say is behind the abduction of the missionaries at the weekend.

The sixteen Americans and one Canadian - including five children - were on a trip organized by the Ohio-based Christian Aid Ministries. The missionaries were not present in the video.

Reuters was unable to independently confirm the veracity of the video or when it was made. The U.S. State Department did not respond to a request for comment on its authenticity.

"If I don't find what I need, these Americans, I'd rather kill them all, and I'll unload a big gun in the head of each of them," said the man in the video.

Haitian Justice Minister Liszt Quitel told Reuters this week that the kidnappers were demanding $1 million per person for the release of the missionaries.

The missionaries' seizure has focused global attention on Haiti's dire kidnapping problem, which has worsened amid economic and political crises in the Caribbean nation that have led to spiraling violence.

The video includes footage of what appear to be five dead men laying in coffins, who the man described as "fallen soldiers," blaming their deaths on police chief Leon Charles.

"Leon Charles made me cry, gentlemen. When it was my turn, I cried my eyes out, and when I make you cry, I will make you cry tears of blood," he said.

Haitian media outlet Le Nouvelliste on Thursday said that Charles had presented his resignation. A Haitian police spokesperson did not immediately respond to a request for comment.

The White House said on Thursday it would do all it could to help the missionaries. "We will do everything that we can to help resolve the situation," said White House deputy press secretary Karine Jean-Pierre.

Christian Aid Ministries said it was aware of the video but would not comment until the hostage negotiators determined that any such remarks would not jeopardize the well-being of the group.

The 400 Mawozo began as small-time local thieves and rose to become one of Haiti's most feared gangs, controlling a swathe of countryside east of the capital Port-au-Prince, according to security experts.

Haitian gangs have steadily expanded their territory in recent years, and have grown more brazen since the July assassination of President Jovenel Moise.

When Prime Minister Ariel Henry attempted on Sunday to lead a ceremony commemorating the death of one of Haiti's founding-fathers, Jean-Jacques Dessalines, gangs fired shots until his delegation withdrew to hold the ceremony elsewhere.

Cherizier, who goes by the alias 'Barbecue,' later emerged in a white suit and made a floral offering at the location of Dessalines' murder, taking the place of the prime minister.

Demonstrators on Thursday blocked streets of Port-au-Prince with rocks and tree branches, and burned tires to protest fuel shortages.

Drivers wound through the side streets of the capital, often forced to turn around after coming across barricades.

St Luc Lector, 26, a motorcycle driver in Petion-Ville, near the capital, said he joined the protest because he was angry about constantly searching for fuel.

"My motorcycle is my bread and butter," he said. "For months I have had to fight to find gasoline when I have to work. This strike is necessary because life is hard for us as motorcycle drivers."