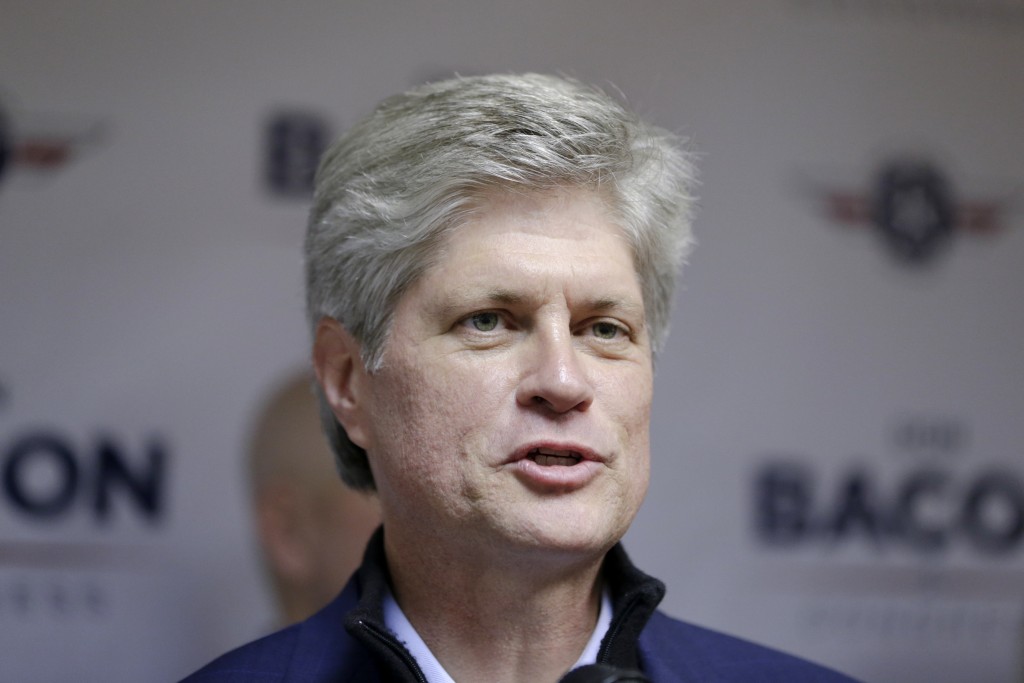 OMAHA, Neb. (AP) — The indictment of U.S. Rep. Jeff Fortenberry could have a big impact on his future in Nebraska politics and the 2022 election, opening the door to possible outcomes that would have seemed far-fetched just days ago.

The nine-term Republican congressman was charged Tuesday with scheming to falsify and conceal material facts and two counts of making false statements to federal investigators.

At issue is whether Fortenberry knowingly made false statements to FBI agents about whether he was aware that his campaign had received illegal contributions from a Nigerian billionaire at a 2016 fundraiser in Los Angeles.

In the indictment, prosecutors hinted that they have phone recordings between Fortenberry and the fundraiser's host, who they say warned Fortenberry in phone calls that he had received illegal donations from a foreign national. Fortenberry's attorney has said the congressman was misled and answered the FBI's questions to the best of his knowledge.

Here are a few things to know:

A judge set a Dec. 14 trial date for Fortenberry, but that’s very likely to change as attorneys file and argue over pre-trial motions.

Court cases generally take months or even years to go to trial, and Fortenberry’s attorney made clear Wednesday that he intends to file several motions to try to undercut the prosecution’s case.

Prosecutors will have a chance to challenge the written motions with their own arguments before a judge rules, which will likely slow the process.

WHAT HAPPENS IF HE'S CONVICTED?

Fortenberry could remain in Congress if he's convicted of a felony, but his pension could be cut, creating a potential incentive to strike a deal with prosecutors.

Under federal law, members of Congress who are convicted of certain felonies can lose “creditable service,” which is used to calculate how much they’ll receive in retirement benefits upon leaving office, according to the Congressional Research Service. The law applies to federal convictions tied to corruption, election crimes or misconduct in office.

Fortenberry could also lose his committee assignments if he's convicted, and he could be subject to internal legislative discipline, including a formal reprimand or censure. He has already temporarily stepped down from his committees, as required by GOP Conference rules for any member indicted for a felony.

WHAT HAPPENS IF HE RESIGNS?

If Fortenberry resigns from office this year or in the first seven months of 2022, state law would require the governor to schedule a special election within 90 days.

If he resigns between Aug. 1, 2022, and the Nov. 8, 2022, general election, the special election would coincide with that election.

In either case, the new GOP nominee would be chosen by members of the Nebraska Republican Party’s State Central Committee. The Democratic nominee would be either the candidate who won the party’s primary, if a primary was held, or someone who is chosen by that party’s executive committee.

HOW DOES THIS CHANGE THE 2022 ELECTION?

Fortenberry's indictment could shake up the 2022 primary and general election in the 1st Congressional District.

No one from either major party has announced plans to run, but several names have been quietly floated among Republicans and Democrats as possible contenders.

On the Democratic side, potential candidates for the general election include state Sen. Patty Pansing Brooks and former state Sen. Kate Bolz, both of Lincoln. Bolz challenged Fortenberry unsuccessfully in 2020.

The district is still heavily Republican, but it became less so after last month's congressional redistricting and Democrats might see an opportunity caused by the scandal.

The newly drawn district includes Lincoln, with large pockets of Democratic strength, as well as the Democratic-leaning Omaha suburb of Bellevue. But it also covers large swaths of Republican-leaning rural areas and small towns in eastern Nebraska.