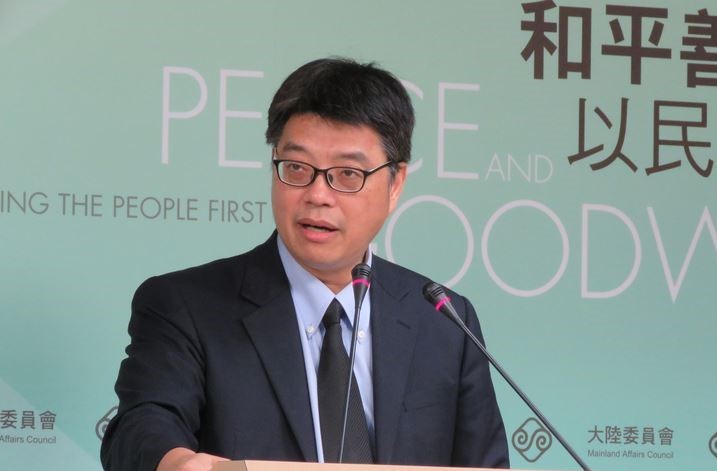 During an interview with political critic Huang Kuang-chin (黃光芹), Chi said that the People's Liberation Army (PLA) has "expanded the scope of its exercises from near-shore defense to offshore or even far seas." He said that does not constitute "harassment" and claimed that Taiwan's government is making people panic unnecessarily.

Chi added that flights by Chinese military aircraft over the Dongsha Islands do not represent an intrusion because the skies over the island are "international airspace, anyone can go, we can go, they can come."

MAC Deputy Minister Chiu Chui-cheng (邱垂正) said that the Ministry of National Defense has a complete grasp on how to handle the PLA’s military activities around Taiwan, Liberty Times reported. Beijing has never given up on the use of force against Taiwan, he noted.

In October, China increased sorties and warships near Taiwan’s borders, severely damaging cross-strait relations, Chiu said. This will not help improve interactions in the Taiwan Strait.

We have repeatedly called on Beijing not to misjudge the situation, the deputy minister said, adding that the two sides should resolve differences and improve relations through dialogue.