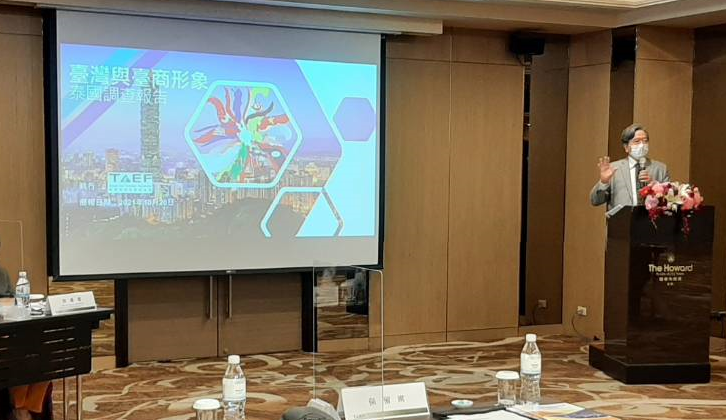 TAIPEI (Taiwan News) — The Taiwan Asia Exchange Foundation (TAEF) on Wednesday (Oct. 20) released its investigative report on the image of Taiwan and Taiwanese businesses in Thailand, showing that an overwhelming number of those surveyed have a positive view of the East Asian nation.

TAEF launched the poll earlier in the year, surveying 121 Thai corporate executives who have dealings with Taiwanese businessmen. Most respondents saw Taiwan as having respect for the rule of law, as having progressive health care, and as being a friendly place, according to Kristy Hsu (徐遵慈), the TAEF senior fellow who conducted the survey.

With regard to the overall image of a country, Taiwan placed second out of 11, with Japan having the best reputation and the United States coming in third, she said. Meanwhile, 92% said they were familiar with Taiwan, listing innovation, advanced technologies, and gourmet food as the most well-known things about the nation.

She also suggested that the Taiwanese government and companies should work together to help Thai society during the pandemic by providing medical supplies and sharing epidemic prevention wisdom in order to improve Taiwan’s image in the Southeast Asian country.

TAEF Chairman Hsin-Huang Michael Hsiao (蕭新煌) pointed out that the foundation has also published investigative reports on the perception of Taiwan and Taiwanese businesses in Vietnam in 2019 and Indonesia in 2020.

TAEF Executive Director Alan Yang (楊昊) said that the yearly reports are key to understanding how Southeast Asian countries perceive Taiwan in terms of society, culture, and other facets.