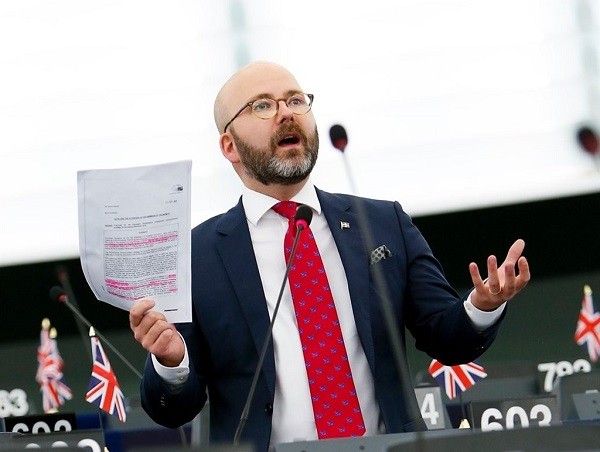 TAIPEI (Taiwan News) — The European Parliament has approved its first-ever report on EU-Taiwan relations during a plenary session on Wednesday evening (Oct. 20).

The report, titled "EU-Taiwan Relations and Cooperation," was passed with 580 votes in favor of the document, 26 votes against, and 66 abstentions, CNA reported.

The report points out the EU’s concerns over China’s sustained military aggression, coercion, military drills, air defense identification zone violations, and disinformation campaigns against Taiwan. By voting in favor of the report, parliament members urge the EU to do more to address growing tension in the Taiwan Strait, to protect Taiwan’s democracy, and the country’s status as an important EU partner, according to a European Parliament press release.

The report also called for the renaming of the European Economic and Trade Office in Taiwan to the "European Union Office in Taiwan" and the commencement of investment agreement procedures.

The Ministry of Foreign Affairs (MOFA) welcomed the report’s approval and expressed gratitude to the European Parliament for passing it. The ministry also recognized Charlie Weimers’ efforts for drafting the report, a MOFA press release said.

MOFA said that it is convinced the report will set a new milestone for the future promotion of bilateral relations between Taiwan and the EU.