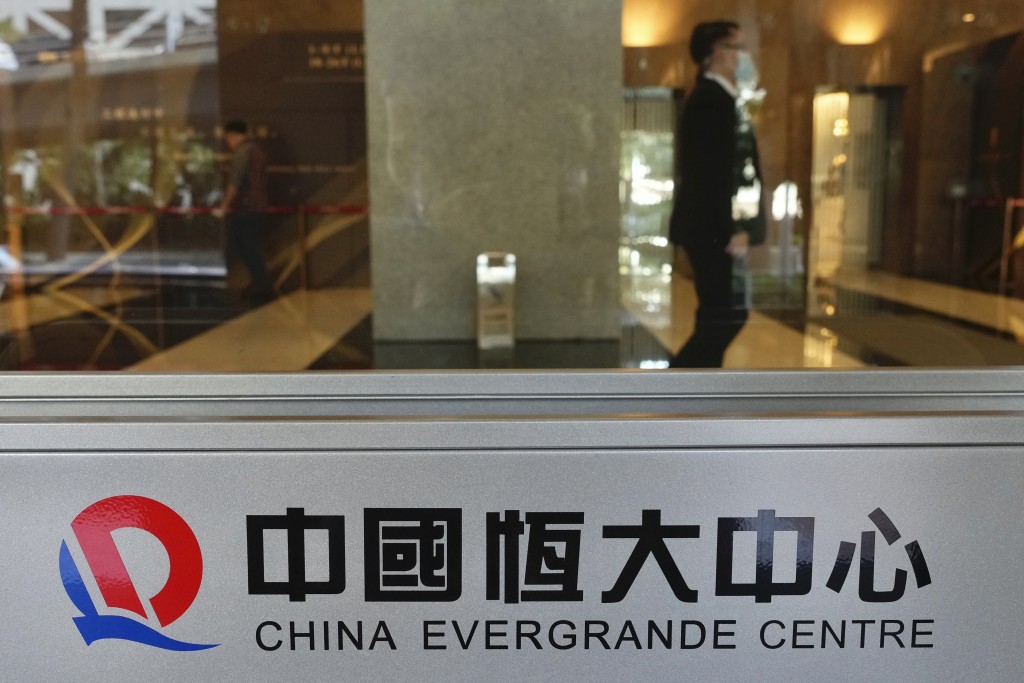 HONG KONG/SHANGHAI, Oct 21 (Reuters) - China Evergrande Group (3333.HK) has secured an extension on a defaulted bond, financial provider REDD reported on Thursday, offering rare respite to the developer a day after a deal to sell a $2.6 billion stake in its property services unit failed.

Evergrande has won a more than three-month extension to the maturity of a $260 million bond, issued by joint venture Jumbo Fortune Enterprises and guaranteed by Evergrande, beyond Oct. 3 after agreeing to provide extra collateral, REDD reported, citing holders of the bond.

A source familiar with the matter said that Evergrande Chairman Hui Ka Yan had agreed to pump in personal wealth into a Chinese residential project tied to the bond to ensure it gets completed, paving the way for bondholders to get their dues.

The bondholders agreed to the proposal to avoid a messy collapse of the developer or a drawn-out legal battle, the source told Reuters.

Evergrande did not respond to Reuters requests for comment.

News of the extension came after Evergrande said on Wednesday it had scrapped a deal to sell a 50.1% stake in Evergrande Property Services Group Ltd (6666.HK) to Hopson Development Holdings Ltd (0754.HK) as the smaller rival had not met the "prerequisite to make a general offer". read more

Both sides traded blame for the deal failure, with Hopson saying it does not accept "there is any substance whatsoever" to Evergrande's termination of the sales agreement, and it is exploring options to protect its legitimate interests.

In additional comments made in a statement on Thursday, Hopson said all major banks were positive towards this purchase, and a third-party financial adviser had verified the company had the financial resources needed to acquire the 50.1% stake and for a general offer.

The deal is Evergrande's second to collapse amid its scramble to raise cash in recent weeks.

The setback also comes just ahead of the expiry of a 30-day grace period for Evergrande to pay $83.5 million in coupon payments for an offshore bond, at which time, if it cannot pay, China's most indebted developer would be considered in default.

Evergrande, in an exchange filing on Wednesday, said the grace periods for the payment of the interest on its U.S. dollar-denominated bonds that had become due in September and October had not expired. It did not elaborate.

It added it will continue to negotiate for the renewal or extension of its borrowings or other alternative arrangements with its creditors.

Evergrande also said that, barring its sale of a stake worth $1.5 billion in Chinese lender Shengjing Bank Co (2066.HK), it had made no material progress in selling other assets it has put on the block.

The scrapped sale of the stake in Evergrande's property services unit "has made it even more unlikely for it to pull a rabbit out of a hat at the last minute", said a lawyer representing some creditors, requesting anonymity as he was not authorised to speak to the media.

"Given where things are with the missed payments and the grace period running out soon, people are bracing for a hard default. We'll see how the company addresses this in its negotiations with creditors."

Evergrande was once China's top-selling developer but is now reeling under more than $300 billion of debt, prompting government officials to come out in recent days to say the firm's problems will not spin out of control and trigger a broader financial crisis.

If policy easing is too cautious, stress could spread to other parts of the economy and the financial system, while a substantial loosening of credit conditions could raise system leverage and set back efforts to control financial risks, it added.

Since the government started clamping down on corporate debt in 2017, many real estate developers have turned to off-balance-sheet vehicles to borrow money and skirt regulatory scrutiny, analysts and lawyers said. read more

Statements from other property developers on Thursday exacerbated investor concerns of contagion.

Chinese Estates Holdings Ltd (0127.HK) said it would book a loss of $29 million in its current fiscal year from the sale of bonds issued by property developer Kaisa Group Holdings Ltd (1638.HK).

And Modern Land (China) Co Ltd (1107.HK) said it had ceased seeking consent from investors to extend the maturity date of a dollar bond due on Oct. 25 .

It said it plans to engage a financial adviser to come up with a solution to its liquidity issues.

"The market is worried all single-B companies will choose not to pay," he said.

Investor concerns were not confined to offshore markets.

A Sept. 2023 bond from developer Aoyuan Group Co was the biggest loser of the day among corporate bonds on the Shanghai Stock Exchange, according to exchange data, falling 10% to trade at 88.65 yuan.

Fitch downgraded Central China Real Estate (0832.HK) to "B+" from "BB-" with a negative outlook on Thursday, followed a similar action by Moody's, reflecting the developer's weakened business profile and limited funding access.