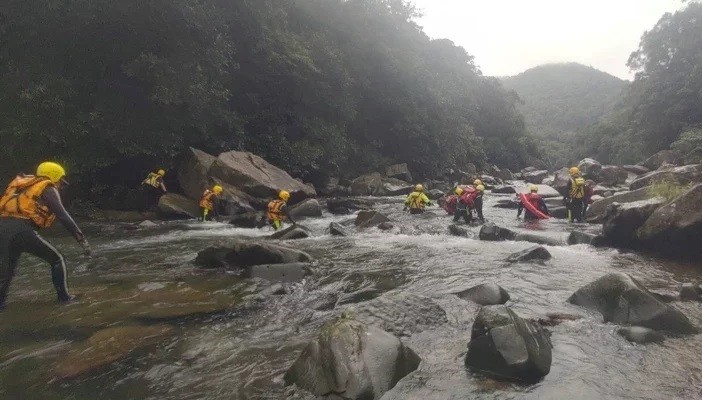 At 3:47 p.m. on Thursday afternoon, a search and rescue team found the body of the child, surnamed Liu (劉), in the grass on the lower reaches of Huliao Pond, about 18 kilometers away from the site of the incident, reported ETtoday. The discovery of the young girl's body brings the search to a close as she was the last of the six missing persons swept away by floodwaters.

On Saturday, a group of 31 people took part in a nature experience hiking trip along the Hubao Pond historic trail in New Taipei’s Shuangxi District. The group included 16 adults and 15 children and teens.

At 4 p.m., there was heavy rain and the group decided to return to the parking area. As they tried to cross a suddenly raging Beishi River over a silt dam, six people were washed away by floodwaters.