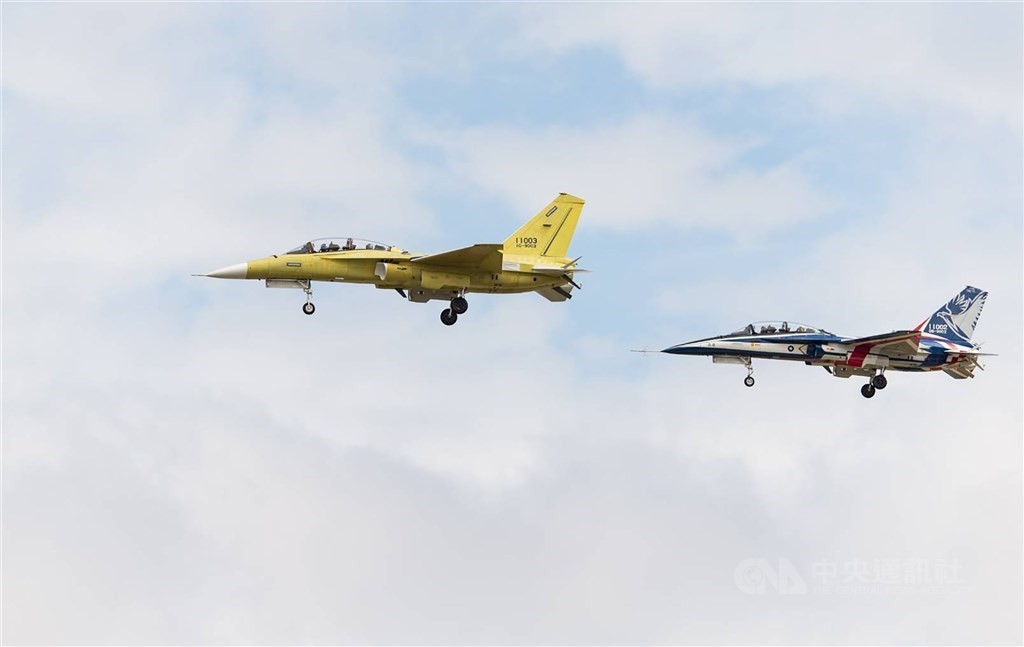 With China stepping up its intimidation of Taiwan by sending its warplanes into the country’s air defense identification zone (ADIZ) on an almost daily basis, Taipei has emphasized local production of a wide variety of weapons systems, from submarines to missiles.

The Aerospace Industrial Development Corporation (AIDC, 漢翔航空工業) sent its first mass-produced “Brave Eagle” on a flight Thursday morning near its base in Taichung, CNA reported. The aircraft was accompanied by one of the company’s two original AJT versions developed for research purposes.

The Ministry of National Defense reportedly expects two of the new mass-produced planes to be delivered by December. A total of 66 “Brave Eagle” jet trainers should be in service in 2026, replacing the United States-built F-5s, which have served Taiwan for at least 35 years and have been plagued by fatal accidents. 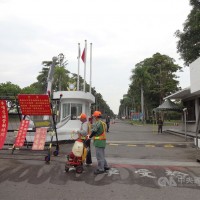