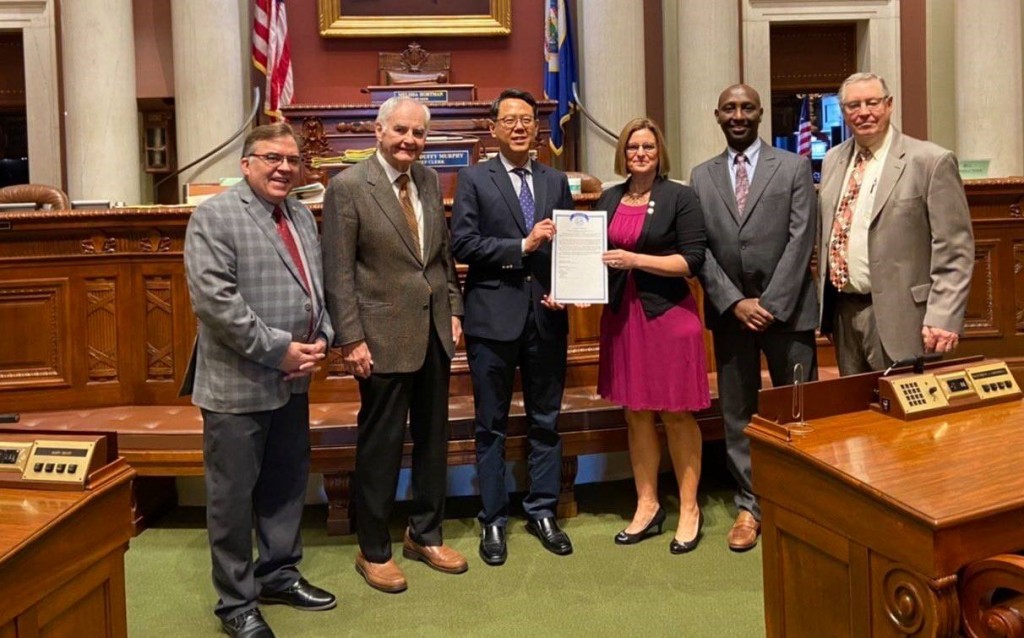 TAIPEI (Taiwan News) — The U.S. state of Minnesota has recently established its Taiwan Friendship Caucus, becoming the third state in the Midwest to do so.

After Illinois and Wisconsin, this is the third bipartisan group dedicated to Taiwan affairs in a Midwestern state legislature.

In a press release issued on Wednesday (Oct. 20), Chiang expressed his gratitude to the four co-chairs for their efforts to promote the strengthening of relations between Minnesota and Taiwan at various levels.

Chiang attended the Minnesota Governor’s International Trade Awards later in the day and was presented with a certificate of appreciation by Minnesota Governor Tim Walz. Walz praised TECO-Chicago for donating 100,000 masks last year to aid Minnesotans during the height of the COVID-19 pandemic.