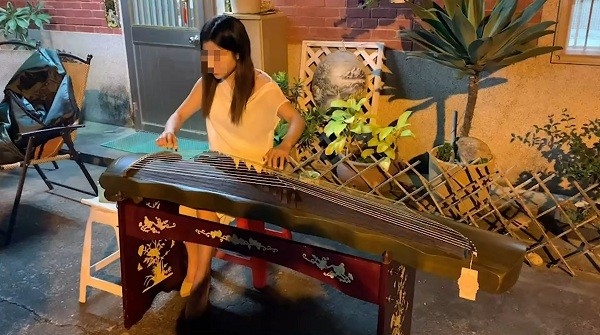 TAIPEI (Taiwan News) — A woman who had just finalized her divorce and finished moving into her apartment the day before was among three Chinese women who perished in the apartment building fire in Kaohsiung on Oct. 14 that took 46 lives.

Kaohsiung City Government officials told CNA Wednesday (Oct. 20) the funeral of Lin Li-chu (林麗珠) will be taken care of by her ex-husband. Meanwhile, the families of the other two Chinese women will fly to Taiwan to handle their arrangements.

Lin, who lived on the 11th floor of the Cheng Chung Cheng Building, worked at a fried chicken store before her death, according to the report. Her boss said Lin had been very helpful with opening the new store.

Lin's boss and friends went to her apartment in the torched building on Monday to take possession of her things, including a guzheng, or Chinese plucked zither, so the relics could be returned to Lin’s family.

Her boss told media that she had recently moved into the building. The last appliance, a refrigerator, was transported into the apartment the day before the fire.

Lin came to Taiwan about three years ago. When she moved into the apartment, she was in the middle of a difficult divorce. She had no children and did not have a Taiwan ID card, the report said.

When she learned the court had granted her divorce on Oct. 13, she was ready to lead a new life at her new home. However, the fire abruptly cut her dreams short.

According to Lin’s friends, she was a beautiful and talented musician and dreamed of opening a guzheng class in Taiwan.

Lin’s mother opposed her daughter’s decision to relocate to Taiwan, and her younger brother has kept her death secret from her. As Lin’s family have no plans to travel to Taiwan, they asked her ex-husband to take care of the funeral.