On Monday (Oct. 18), Foxconn unveiled three EVs, the Model C SUV, the Model E sedan, and the Model T bus, to be produced by its Foxtron joint venture with the Yulon Group.

Liu told a business association Wednesday that in 2025, the global market for EVs would reach 20 million units, amounting to a total value of US$600 billion (NT$16.7 trillion) if the value per car was calculated at US$30,000, CNA reported. At present, the market for EVs was still limited at 5 million cars compared to 100 million cars powered by fossil fuels, Liu said, estimating the situation would drastically change in 2024.

The Foxconn chairman said he believed in a “Build, Operate, and Localize” (BOL) formula, mentioning the company’s agreements with Geely in China and with state oil company PTT in Thailand, as well as the purchase of the Lordstown electric truck factory in Ohio. Liu alluded to “indirect cooperation” with a German carmaker to start even earlier in Europe, with India and South America as the logical next steps. 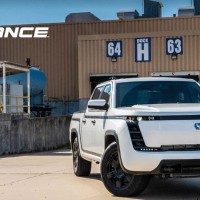 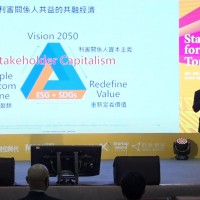 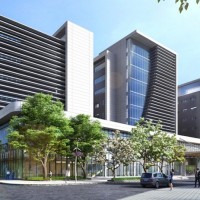