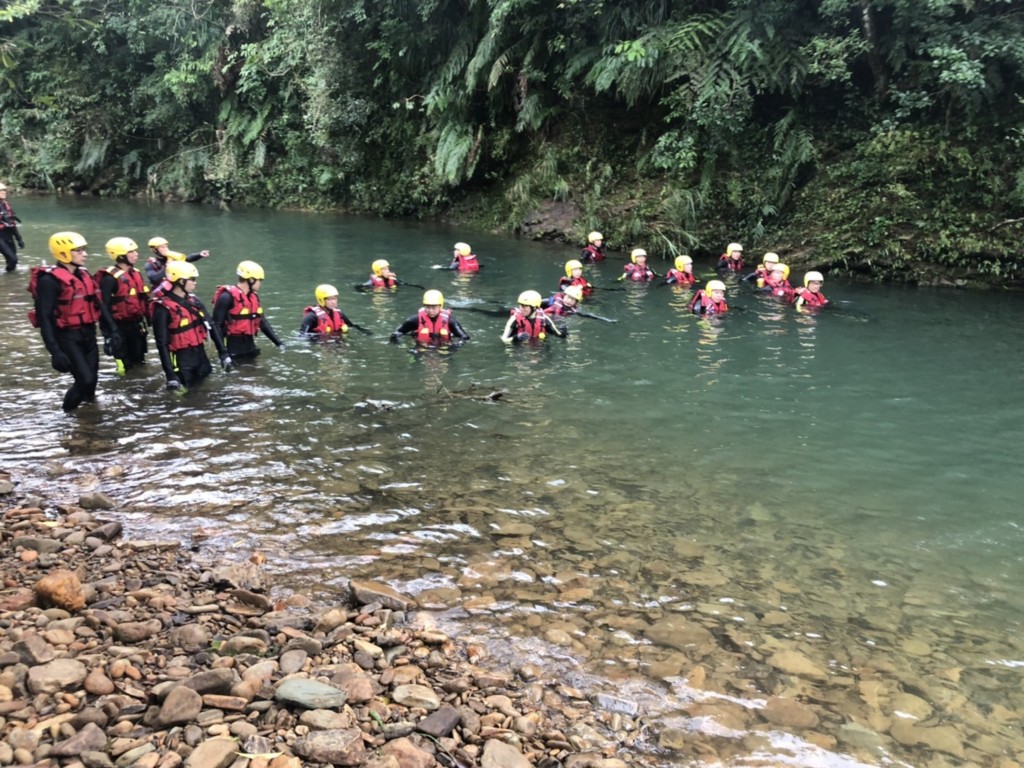 TAIPEI (Taiwan News) — Search and rescue personnel on Wednesday morning (Oct. 20) found the body of a young female on the lower reaches of Jialing Pond, following a deadly flash flood in New Taipei City on Saturday.

At a press briefing on Wednesday, Huang Te-ching (黃德清), chief of the New Taipei City Fire Department, said that at 8:45 a.m., search and rescue personnel found a backpack belonging to one of the two missing girls from the flood about 200 to 300 meters downstream of Jialing Pond, reported CNA. After an intensive search, the body of a young female was found 300 meters downstream of the pond at 9:49 a.m.

Family members rushed to the scene to confirm the identity of the drowning victim. Huang said that the body was found in the grass on the left bank of the stream by four members of the Xindian Fire Department.

According to Huang, the body was found about 100 meters away from where the backpack had been located. The body of the victim was found to be 150 centimeters in height.

During the press conference, Huang would not confirm whether the body is that of a missing 15-year-old girl or an eight-year-old girl as they were awaiting confirmation from family members. However, by 1 p.m., relatives of the girl confirmed her to be a missing teen surnamed Chen (陳).

On Saturday, a group of 31 people took part in a nature experience hiking trip along the Hubao Pond historic trail in New Taipei’s Shuangxi District. The group included 16 adults and 15 children and teens.

At 4 p.m., heavy rains began pouring and the group decided to return to the parking area. As they tried to cross a suddenly raging Beishi River over a slit dam, six people were washed away by floodwaters.