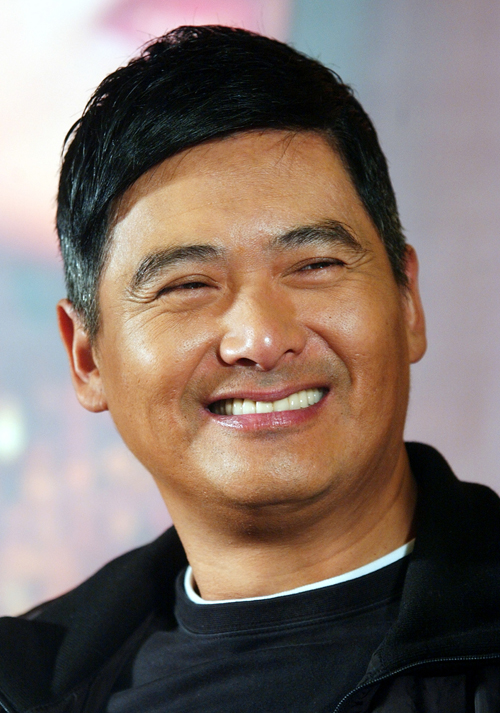 Hong Kong actor Chow Yun-fat's (周潤發) withdrawal from a major Chinese historical epic directed by the man who made him an icon has raised questions about whether a local son has forgotten his roots now that he's a Hollywood star.
Brought up on one of Hong Kong's small outlying islands, Chow started his career on the territory's local television before moving to the big screen and becoming one of its most famous stars.
Chow became an icon by portraying a trench coat-wearing gangster in John Woo's (吳宇森) classic 1986 movie "A Better Tomorrow."
Hollywood soon beckoned and Chow crossed over to international fame, working alongside American stars such as Jodie Foster and Mark Wahlberg.
Now Woo, who himself moved on to the American industry, is returning to Chinese film with the US$80 million historical epic "Red Cliff." He had been counting on Chow as his biggest star, but the actor dropped out just as shooting got under way.
Chow's withdrawal is embarrassing for Woo because he lost former Cannes best actor winner Tony Leung Chiu-wai (梁朝偉), who pulled out because the timing was too close to his last movie.
Woo's business partner producer, Terence Chang (張家振), said earlier the Chinese government views the film, based on an ancient battle, as a showcase of Chinese history and wants it released before the 2008 Olympic Games.
The filmmakers say the movie remains on schedule and Chow's replacement will be announced in a few days, but the actor's pullout has already raised tensions over his allegedly excessive demands.
Chow says he backed out of the movie because he only got the script last week and didn't have enough time to prepare.
Officials for the movie dispute this, saying they couldn't work with Chow because he made unreasonable demands.
It's unclear what those demands were, but Chang said in an interview with the Chinese news Web site Sina.com that the movie's Hollywood insurer opposed 73 clauses in Chow's contract. "There are too many (clauses we couldn't accept), and many exceed industry standards," Chang said.
China Film Group publicist Wen Wengli confirmed Chang's remarks.
Chang said Chow got a copy of the script last year and the version he got a week ago was a revision that incorporated his suggested changes.
The producer said Chow was promised US$5 million for the movie, plus royalties from box office returns - a sum that exceeds what he made for his last four roles combined.
"We didn't mistreat him," Chang said.
Chow has denied he acted like a prima donna, saying he took a pay cut and agreed to get paid in installments.
He acknowledged in a statement, however, that he used a Hollywood-style contract.
"My contract is indeed based on contracts I use for Hollywood movies in America. Maybe everyone hasn't gotten used to Hollywood contracts because so many investors are involved," Chow said.
He denied his contract was the source of the problem.
Concerns about Chow's unreasonable demands go against his image as a down-to-earth, friendly star who's known to do his own grocery shopping.
Another Hong Kong director who cast Chow said recently she had a pleasant experience with the actor.
Ann Hui (許鞍華) said in an article published in Hong Kong's City Entertainment magazine in August that Chow was responsive even when she said she couldn't afford his salary.
Hui quoted Chow's agent as replying: "It's not a problem. If he (Chow) likes the script he'll consider it."
Chow ended up taking a role in Hui's "Postmodern Life of My Aunt."