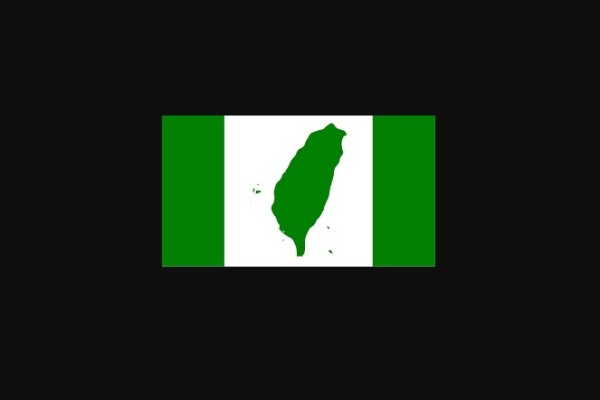 TAIPEI (Taiwan News) — The decentralized international hacktivist group Anonymous has hacked into a Chinese government website for Qinghai Province, where it uploaded Taiwan's national flag, the Taiwan independence banner, the Wuhan whistleblower, "Tank Man," and the Tibetan flag, among other images banned in China.

On Monday (Oct. 18), an Anonymous representative notified Taiwan News that the group had hacked into the Qinghai Civil Administration Information Network website, the official website for the Qinghai Provincial Department of Civil Affairs, which answers to the Chinese Communist Party's (CCP) Central Committee. The group's representative said that the hack was achieved through a privilege escalation:

"We put these into their servers via their email messaging system as attachments, which is viewable if the links are shared publicly." That same day, Reddit user OkDoctor25 uploaded 10 archived links to pages the group had posted onto the Qinghai governmental website. The title of the social media post was, "Anonymous once again upload some naughty files including Taiwan's flag into another CCP government website, specifically Qinghai Province official website."

The first link displays the telltale emblem for Anonymous, a black suit and a question mark. The second link displays what they describe as the "obligatory Taiwanese flag." The third link presents the pro-Taiwan independence banner, while the fourth shows a photograph of Li Wenliang (李文亮), the ophthalmologist in Wuhan who first warned of the COVID-19 outbreak in China. The fifth link reveals the iconic Tank Man photo taken during the Tiananmen Square Massacre. Sixth is a previously posted manifesto by Anonymous Malaysia that accuses an "Instagram/TikTok influencer" of being a "serial rapist." This is followed by a five-page manifesto of this hack that starts with a silhouette of Rick Astley and lyrics from his song "Never Gonna Give You Up." Notable elements of the manifesto include references to the "Taiwan numbah wan" and "West Taiwan" memes, an illustration of Winnie the Pooh, a defense of Li Wenliang, and the slogans "One World, One Dream, Free Tibet," "Free Hong Kong, Revolution of our times," and "Milk Tea Alliance Forever!" It describes Mao Zedong as a 'worse monster than Hitler and Stalin combined" and calls for a boycott of the Beijing 2022 Winter Olympics. The eighth is the flag of Tibet, which was adopted by the 14th Dalai Lama after the 1959 Tibetan Rebellion for the Tibetan Government in Exile, and it is now used by supporters of Tibetan independence. Second to last is a meme mocking Republican governor of Missouri Mike Parson. The 10th item on the list is a red "banhammer" meme directed at Reddit. It combines the red field and five gold stars of the Chinese flag with a golden gavel, to represent the alleged shadowbanning of Anonymous user "Allez-opi_omi" and posts by the group.