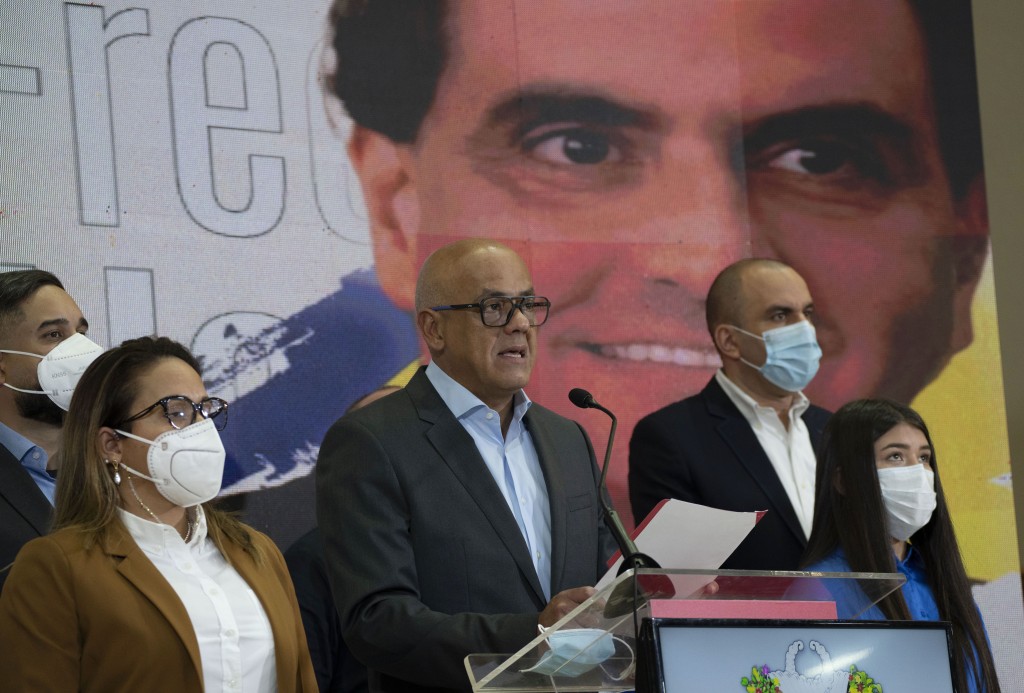 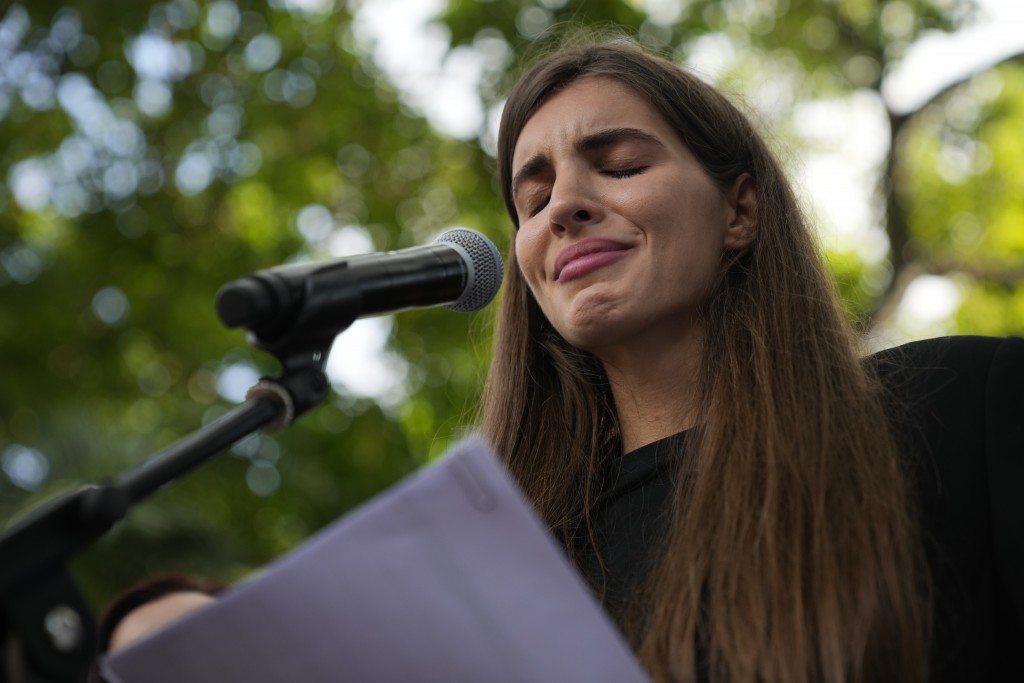 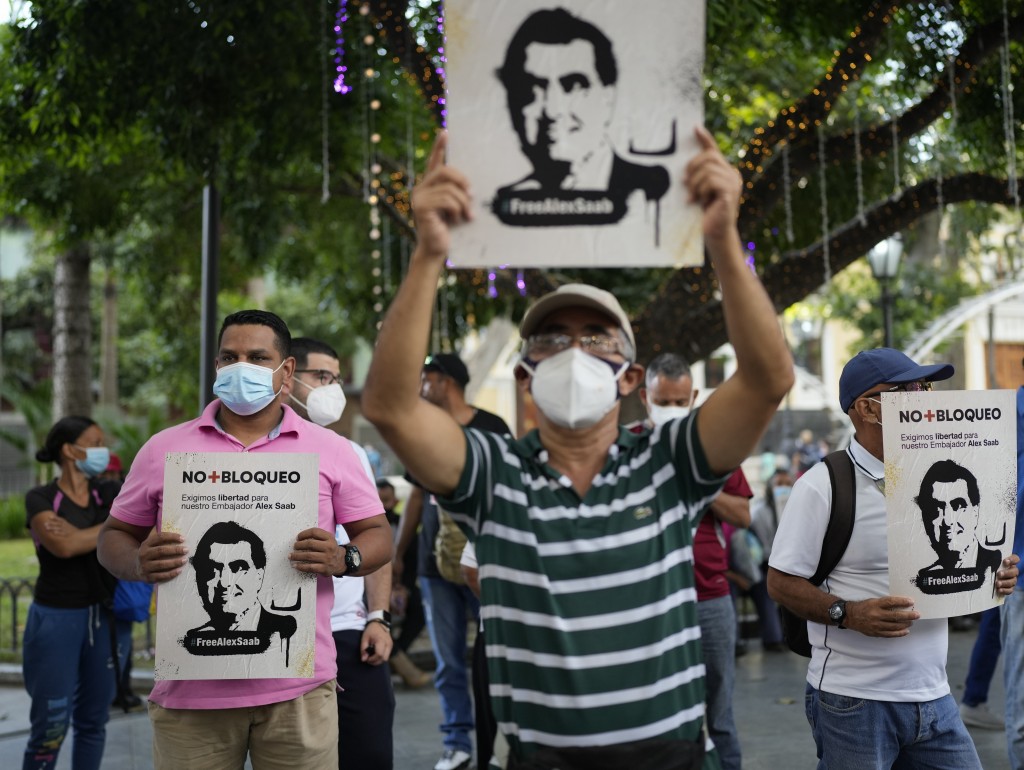 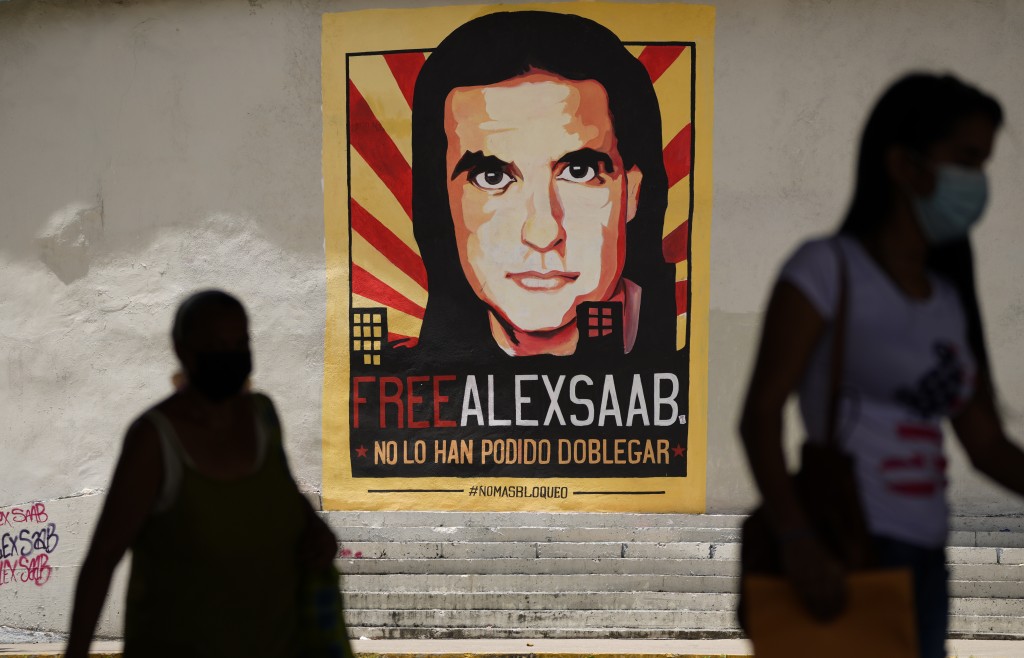 MIAMI (AP) — A businessman who prosecutors say was a major conduit for corruption by Nicolás Maduro's inner circle appeared for the first time in Miami federal court Monday after a weekend extradition that has further strained relations between the U.S. and Venezuela's socialist government.

Alex Saab's legs shook nervously while seated as he waited, handcuffed and in an orange jumpsuit, for the start of the hearing, which took place via Zoom with more than 350 journalists, gawking opponents of Maduro and members of Saab's family in attendance.

Saab's extradition to the U.S. from Cape Verde, where he was arrested 16 months ago, has already ricocheted far and wide.

Only hours after Saab was placed on a Department of Justice aircraft on Saturday, Maduro's government suspended negotiations with Venezuela's U.S.-backed opposition. It also threw back into jail six American oil executives it accuses of corruption. They had been under house arrest in another politically charged case marked by allegations of wrongful detention.

The Maduro government has labelled Saab a diplomatic envoy and has spared no effort to free the Colombian-born businessman, who was arrested on a U.S. warrant in the African archipelago while making a fuel stop en route to Iran.

On Monday, it was joined by ally Russia, whose ambassador in Caracas tweeted his “most energetic and categorical protest against the kidnapping” of Saab.

Saab, 49, raised his bushy eyebrows but was largely silent as magistrate Judge John O’Sullivan, through an interpreter, informed him that he was being charged with eight counts of money laundering. The judge set another hearing in two weeks where Saab will have the opportunity to enter a plea.

Saab, was indicted in 2019 on money-laundering charges for allegedly bribing Venezuelan officials and falsifying import documents to pocket more than $350 million from a low-income housing project. On the same day as his indictment, he was sanctioned by the Trump administration for allegedly utilizing a network of shell companies spanning the globe — Turkey, Hong Kong, Mexico and the United Arab Emirates — to hide windfall profits from overvalued food contracts.

But Saab's connections extend much deeper.

Among those the U.S. claims he paid to win government contracts are Maduro's stepsons. Commonly known in Venezuela as “Los Chamos,” slang for “the kids,” the three adult children of first lady Cilia Flores from a previous relationship have themselves been under investigation by prosecutors in Miami for several years, two people familiar with the U.S. investigation told The Associated Press.

“Saab is an illustrative case of the immense level of corruption in Venezuela and the consequences for the region," said Diego Area, a Latin America expert at the Atlantic Council in Washington.

Michael Penfold, a Venezuelan political analyst, said that Saab's extradition is likely to freeze all attempts to bridge deep distrust between the Maduro government and its opponents. The two sides have been meeting since August in a bid to jointly address the country's ongoing humanitarian crisis, which has led more than 5 million people to flee the country in recent years, and pave the way for a democratic opening starting with next month's regional elections.

The Biden administration, which has tried to downplay the political impact of Saab's extradition, is key to the success of those talks. After years of cracking down on its opponents, Venezuela's cash-starved government is considering granting more freedoms in exchange for the U.S. reversing crippling sanctions put in place on one of the world's largest oil producers by the Trump administration, which was hellbent on ousting Maduro.

“Saab's extradition restarts the bad blood between Venezuela and the U.S.,” said Penfold, a global fellow at the Wilson Center in Washington. “We’re going back to the old dynamic of mutual recrimination that the negotiations had started to ease, but with the difference that now these indictments are part of that dynamic.”

The U.S. State Department blasted Maduro for backing out of the negotiations, saying that law enforcement in the U.S. is independent of politics and that the charges against Saab long predate the talks.

“They are putting the case of one individual above the welfare, above the well-being, above the livelihoods of the millions of Venezuelans who have made clear their aspirations for democracy, for greater freedom, for prosperity, and, at a most basic level, an alleviation of the humanitarian suffering that the regime has inflicted on the Venezuelan people,” spokesman Ned Price said.

Norway, which is sponsoring the fledgling talks, urged restraint after Maduro's government said it would not travel to Mexico City for the next round of talks, which were scheduled to take place this week.

“We will keep working for the parties to, as soon as possible, continue their important effort at the negotiating table for an inclusive political solution for the benefit of the Venezuelan people,” Norway's foreign ministry said in a statement

“I don't plan to lie to favor the U.S.,” said a nervous-sounding Camilla Fabri, reading a letter she said was penned by her husband. “I've not committed any crime, in the U.S. or in any country.”

Hours later, Maduro himself entered the fray, saying the U.S. — not his government — delivered a “mortal blow” to the dialogue effort and next month's gubernatorial elections, which pits a bitterly divided opposition against a slate of pro-Maduro candidates supported by the central government.

He also asserted, with no evidence, that interrogators in Cape Verde used electric shocks to torture Saab and extract a false confession that in the end never came.

“They wanted to force him into becoming a monster, a false accuser against Venezuela, against me and against the Bolivarian revolution — something he never allowed,” Maduro said on state TV.

The out-of-court maneuvers have been especially troubling to the families of nine Americans jailed in Caracas. Over the weekend, they published an open letter appealing to the White House to remain engaged on Venezuela.

“Mr. President, we are frustrated by the lack of action by your administration,” the families said in the letter, which was written just prior to Saab's extradition. "The people in charge of protecting and returning wrongfully detained Americans have not even taken the basic first step of directly engaging with the Venezuelans that are holding our loved ones.”

Those jailed include six oil executives who had been working for the Houston subsidiary of Venezuela's state-owned oil giant PDVSA who were convicted and sentenced last year to long prison sentences for embezzling funds from a never-executed plan to refinance Citgo's bonds. The families of the so-called Citgo 6 and the U.S. government have vehemently rejected the accusations and consider the men wrongfully detained.

Within hours of Saab's extradition, security forces returned the oil executives to the infamous Helicoide jail where they've been held on and off since being lured to Caracas in 2017 for a meeting at which they were arrested by masked police who stormed a conference room where they were gathered. Also at the prison is former U.S. Marine Matthew Heath, who is awaiting trial on weapons charges tied to a supposed plan to sabotage refineries, and two former Green Berets Caracas has tied to a failed cross-border raid from Colombia to overthrow Maduro.