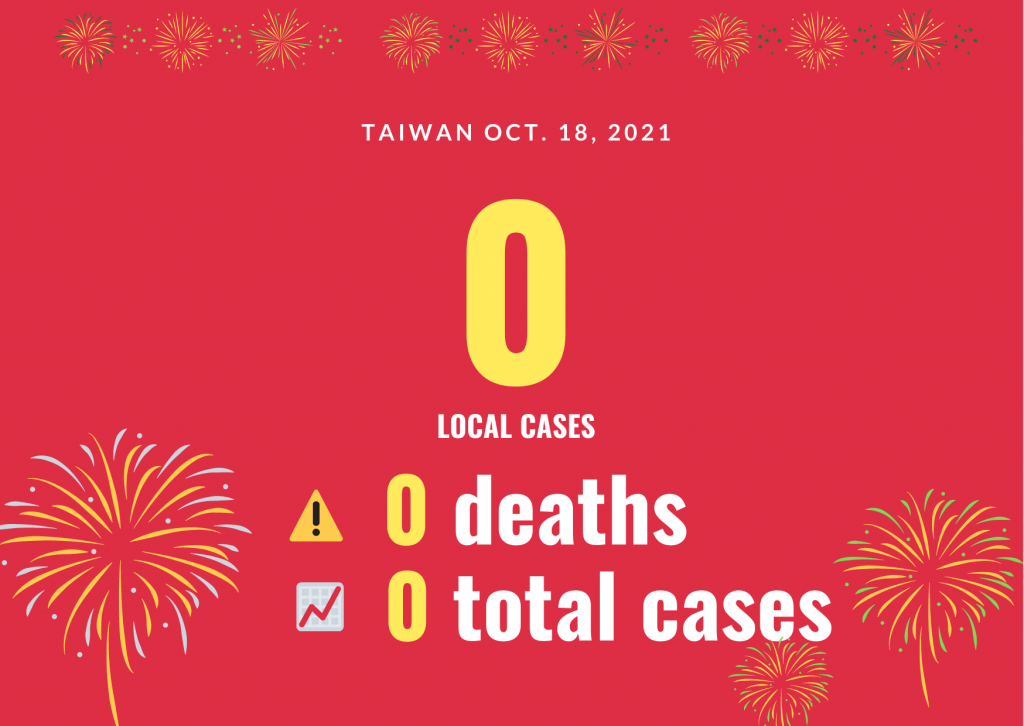 TAIPEI (Taiwan News) — For the first time since April, the Central Epidemic Command Center (CECC) on Monday (Oct. 18) did not report a single local or imported COVID-19 case, nor did it announce any deaths from the disease.

Chou Ji-haw (周志浩), head of the Taiwan Centers for Disease Control, announced zero local and imported cases. Also, the CECC did not announce any deaths, leaving the total COVID death toll at 846.

Chou said this was the first time Taiwan has reported "triple zeros" in terms of zero local and imported COVID cases and deaths for 193 days since April 8. CECC staff marked the milestone by wearing face masks that showed a Formosan black bear waving as he holds a giant "+ 0."

Out of the 16,337 confirmed cases since the outbreak began, 1,699 were imported, 14,584 were local, 36 came from the Navy's "Goodwill Fleet," three were from a cargo pilot cluster, and one was an unresolved case. 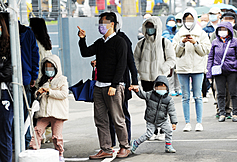 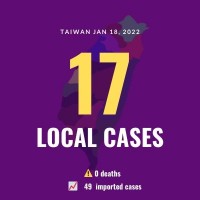