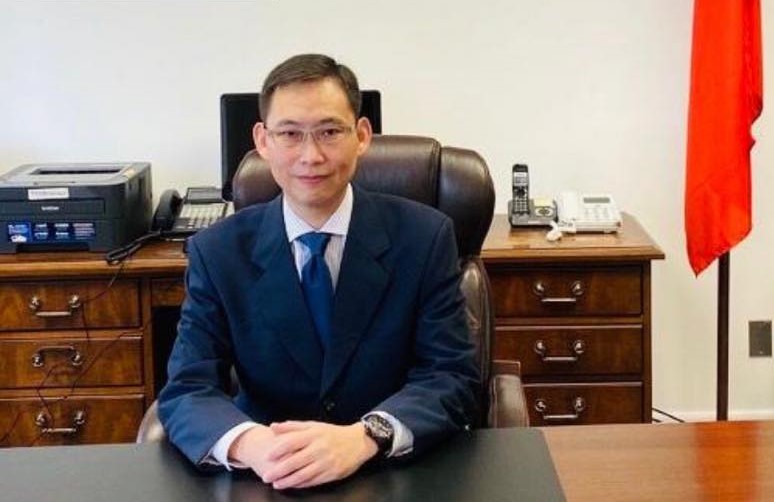 In an op-ed published on Thursday (Oct. 14) in The Boston Globe and titled, “Like-minded democracies send strong message by uniting behind Taiwan,” Sun was responding to an earlier Boston Globe article that stated Beijing intends to intimidate Taiwan, and the risk of conflict caused by misjudgment cannot be ignored.

The representative said that China has never relinquished the use of force to seize Taiwan. The numerous sorties into Taiwan’s air defense identification zone (ADIZ) have disrupted peace and stability in the Taiwan Strait and the Indo-Pacific region, he said, adding that China’s irresponsible behavior demonstrates its recklessness and ignorance of international norms.

Sun pointed out that global support for Taiwan has been constantly growing, including at the Quadrilateral Security Dialogue, G7 Foreign Ministers Meeting, the U.S.-Japan Summit, the U.S.-South Korea Summit, the EU-Japan Summit, the Japan-Australia 2+2 meeting, and the G7 Summit. Leaders and ministers alike have expressed concern regarding Beijing’s intention to undermine regional security and placed great importance on maintaining peace and stability in the Taiwan Strait, he said.

Sun said that Taiwan is a responsible stakeholder in the international community and is open to cross-strait dialogue on the basis of reciprocity and no preconditions. He also said the nation is determined to defend its hard-won democracy and freedom.

He mentioned that democracies who support Taiwan together will send a strong message to China to stop its military activities in the Indo-Pacific region and will enhance regional peace and stability.