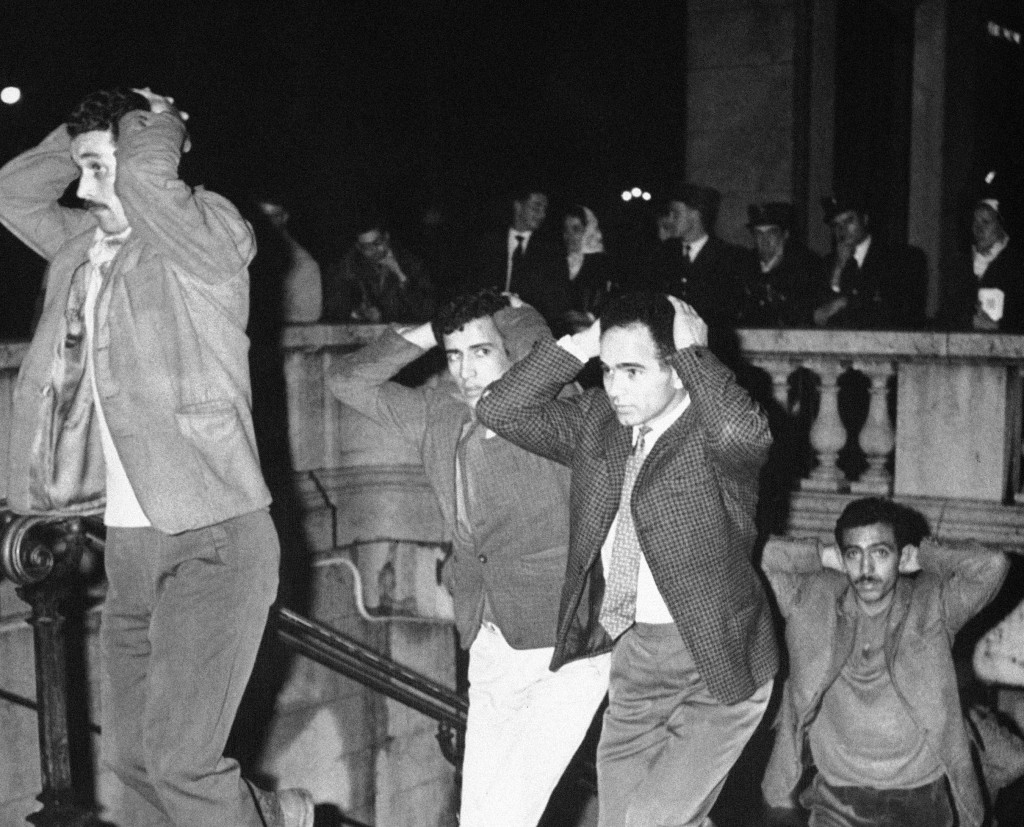 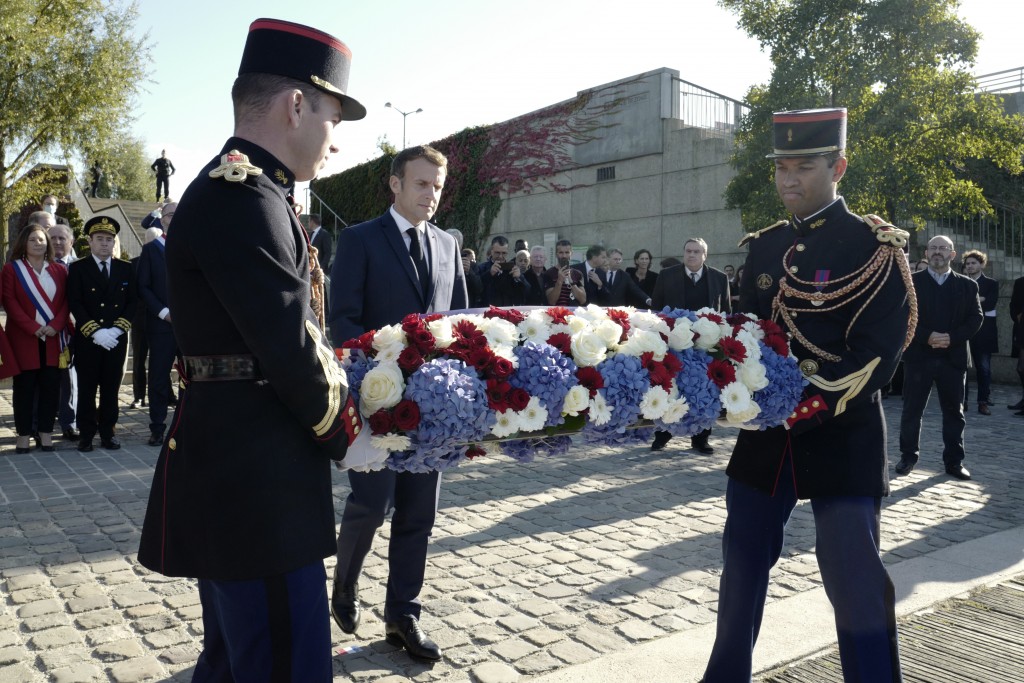 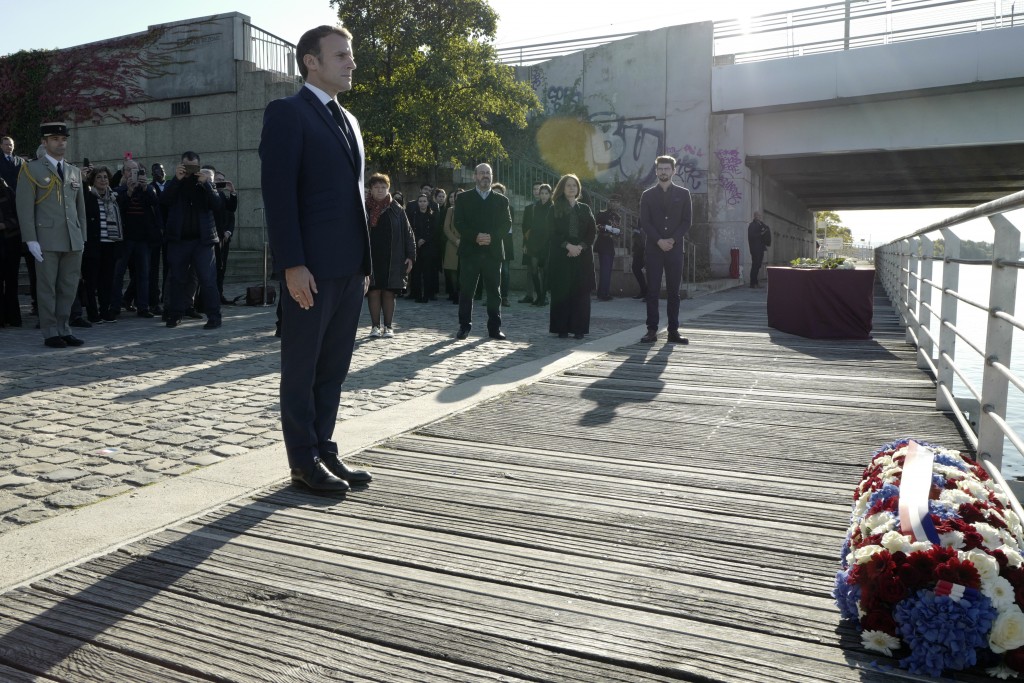 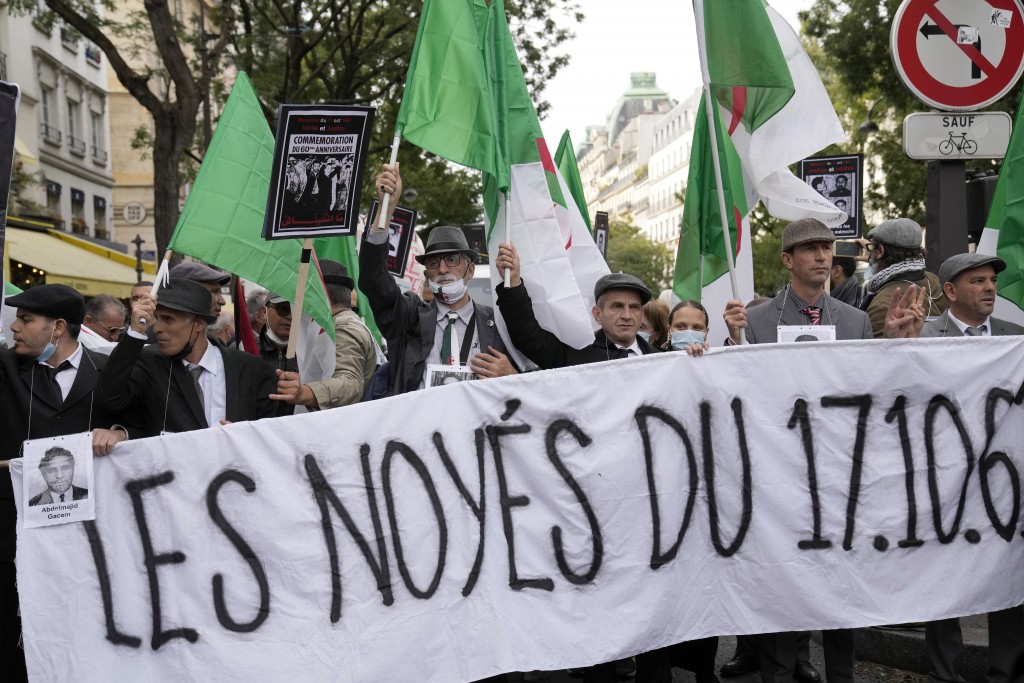 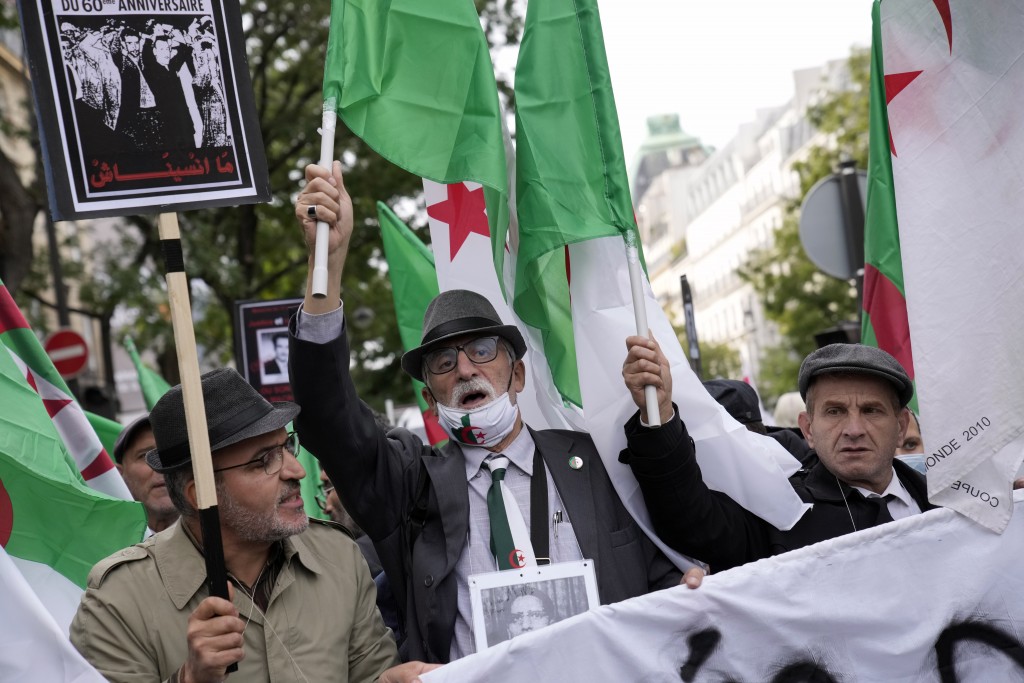 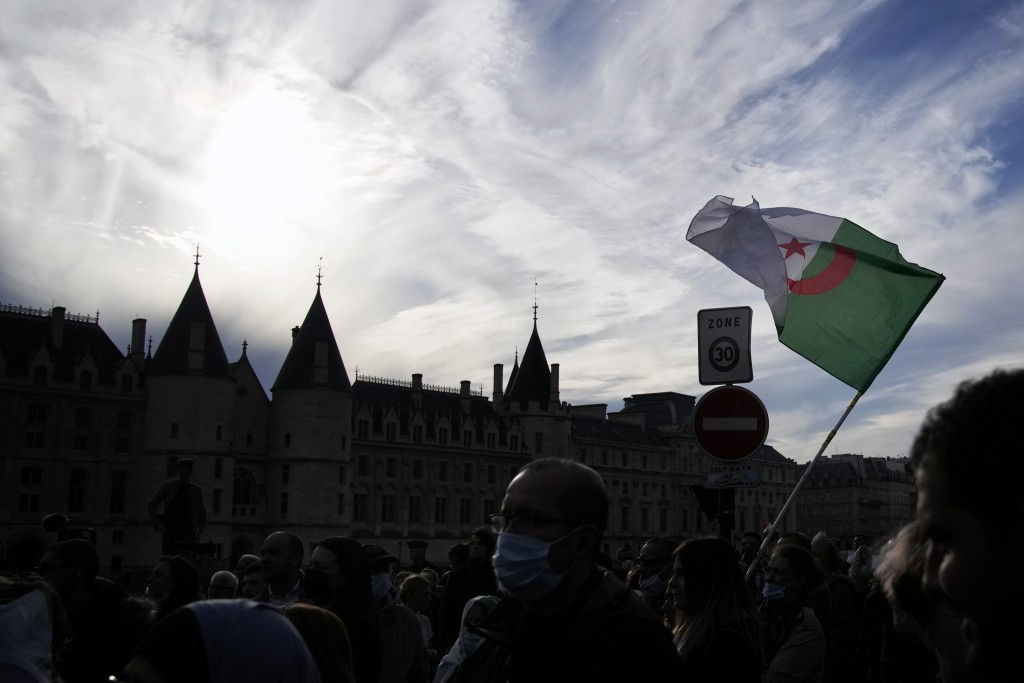 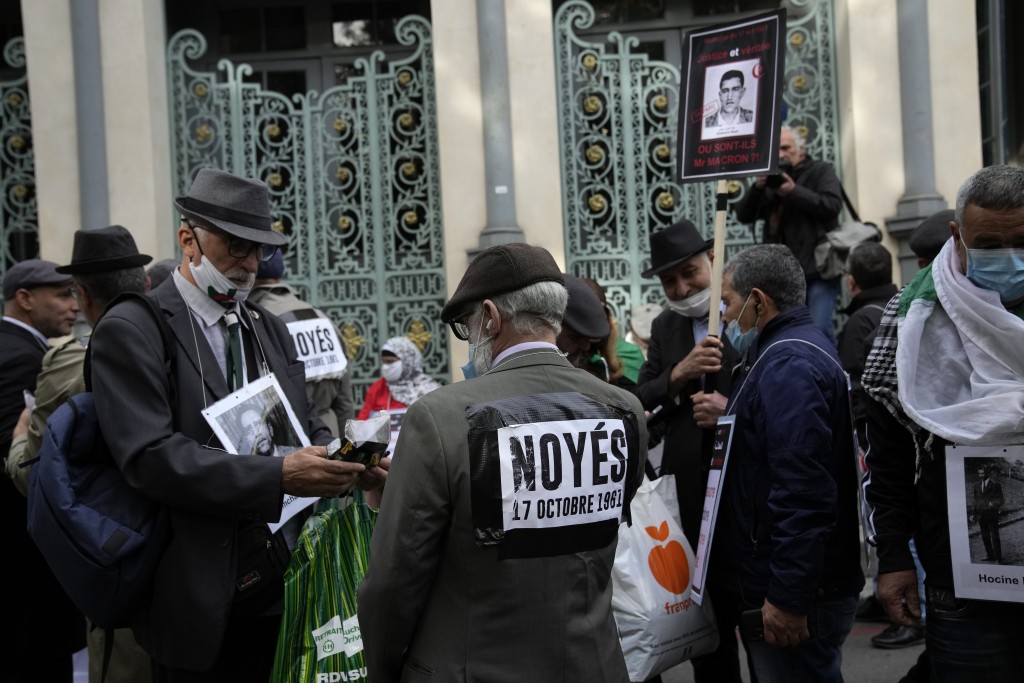 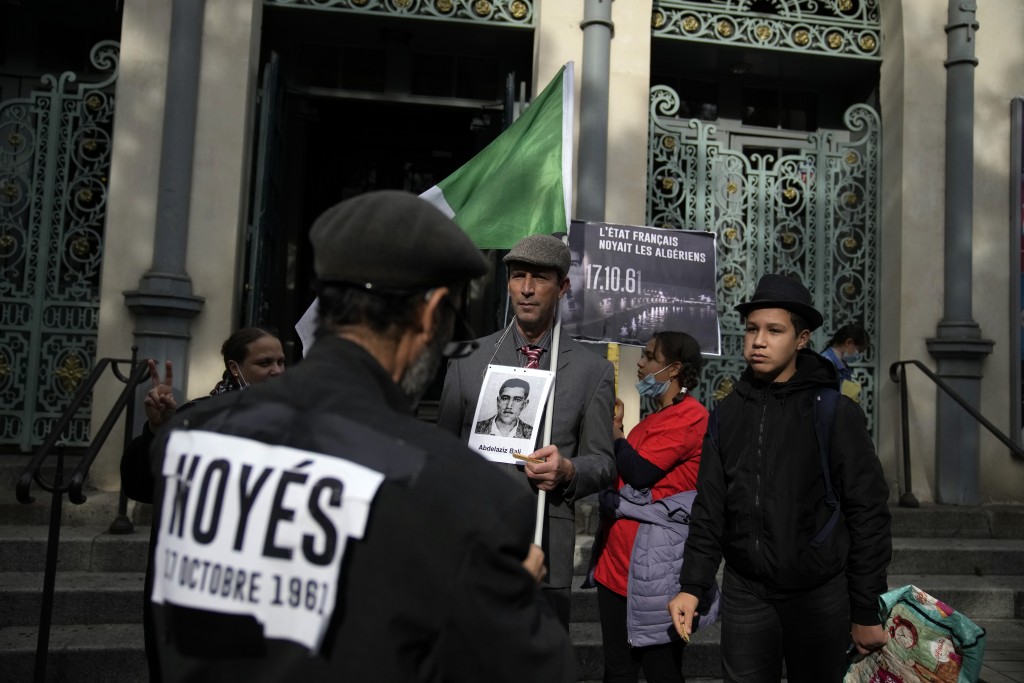 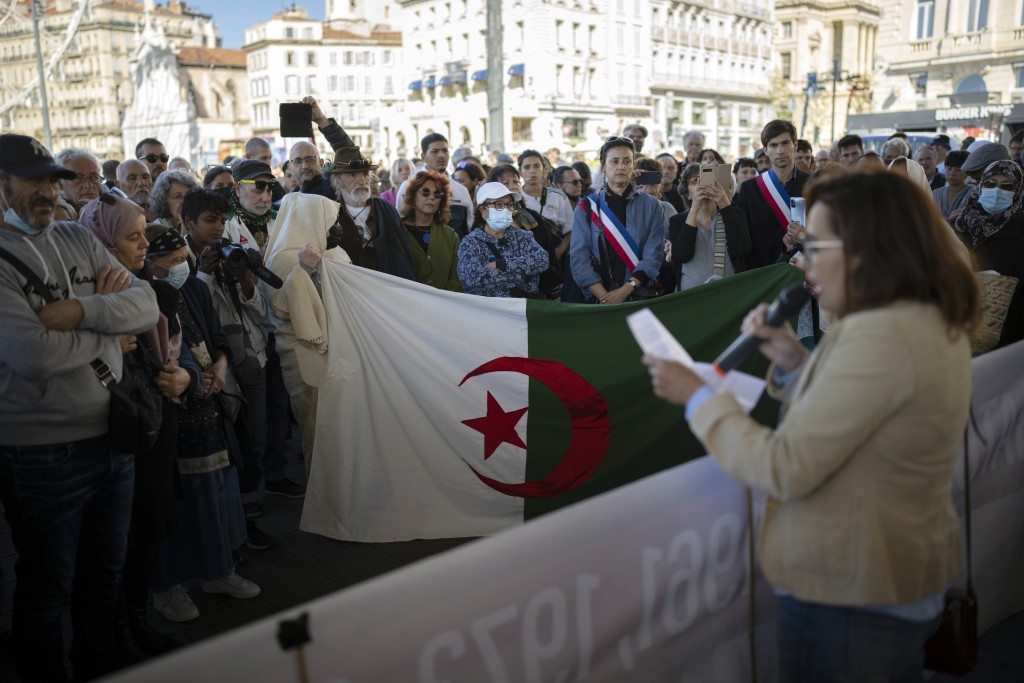 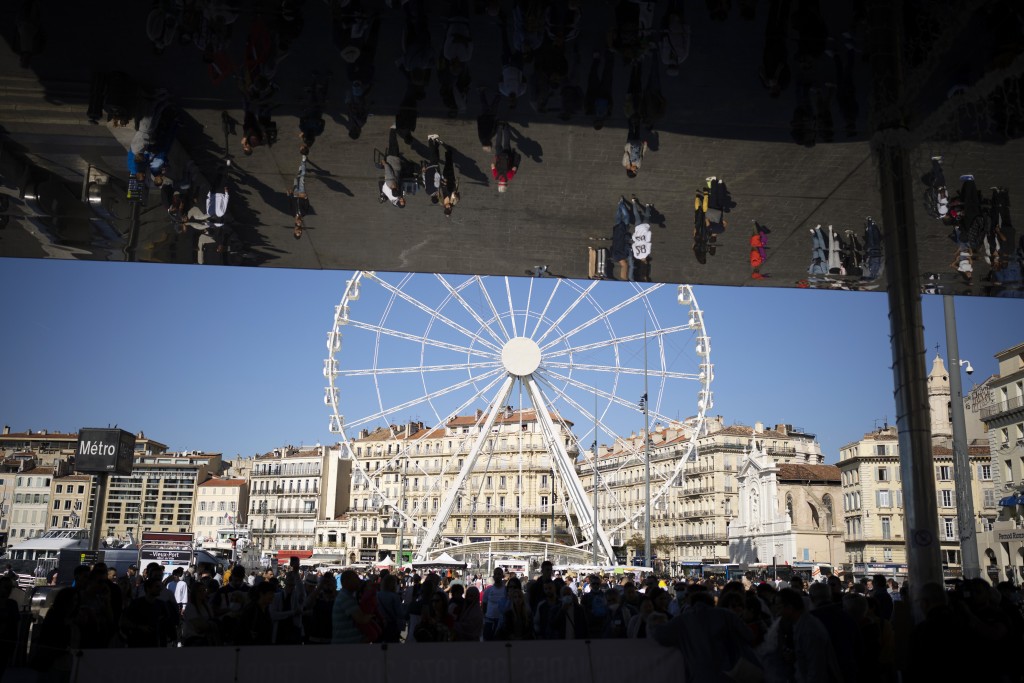 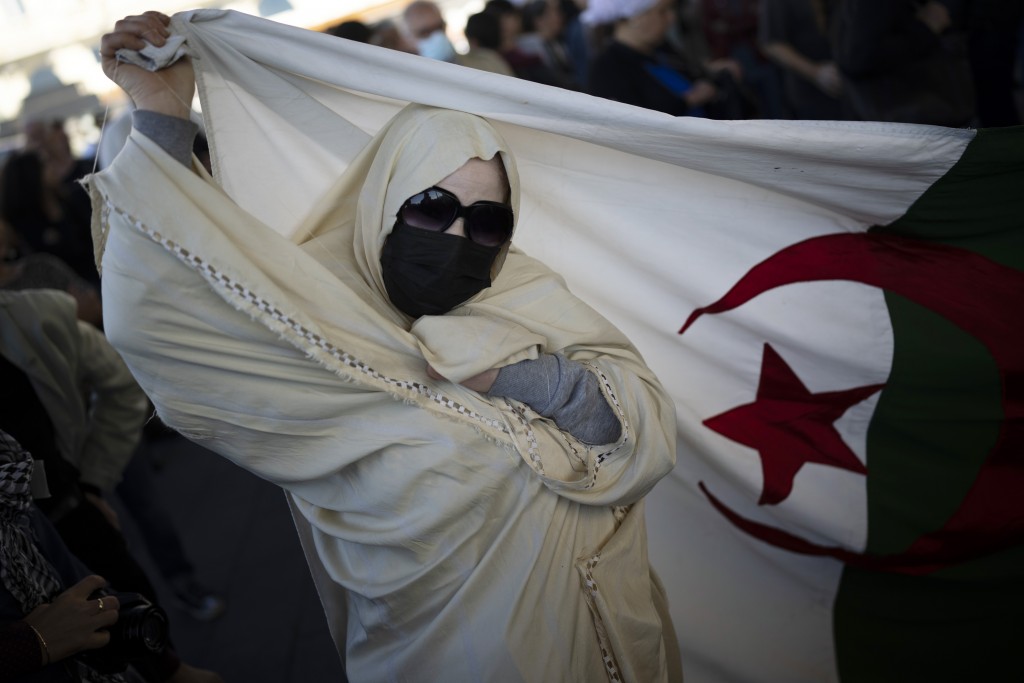 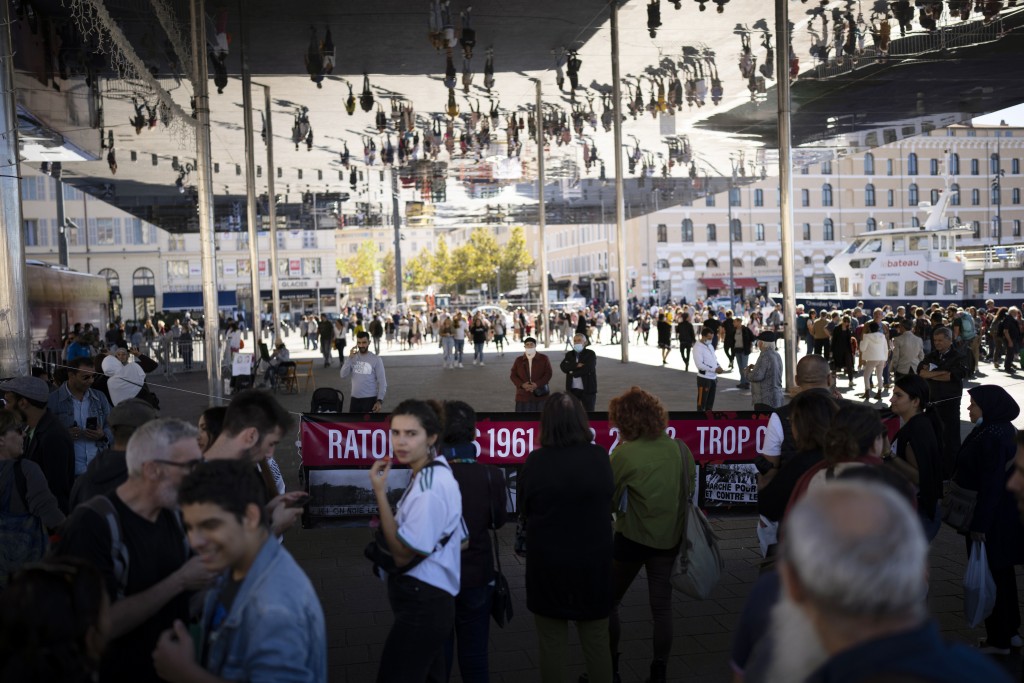 PARIS (AP) — Hundreds of people, including Algerian protesters and their descendants, on Sunday commemorated the 60th anniversary of a bloody police crackdown in Paris during the final year of Algeria's independence war with its colonial power.

The tribute march was organized in Paris to honor the victims of the Oct. 17, 1961 massacre of Algerians — which French authorities have sought to cover up for decades.

The commemoration comes after French President Emmanuel Macron acknowledged that “crimes” committed that day were “inexcusable for the Republic.” The move was part of steps taken by Macron to address France’s brutal history with Algeria, which had been under French rule for 132 years until its independence in 1962.

Protesters in 1961 had answered a call for a peaceful demonstration by the French branch of the National Liberation Front (FLN), which was fighting for Algerian independence, against a discriminatory nighttime curfew targeting Algerians in the Paris region.

“The repression was brutal, violent, bloody” under the orders of Paris police chief Maurice Papon, Macron said in a statement released Saturday. About 12,000 Algerians were arrested and dozens were killed, “their bodies thrown into the Seine River,” the statement said.

Historians say at least 120 protesters died, some shot and some drowned, according to Macron's office. The exact number has never been established as archives remain partially closed.

Papon later became the highest-ranking Frenchman convicted of complicity in crimes against humanity for his role in deporting Jews during World War II.

Ahmed Toul was 13 when he went to the protest with his older brother “well-dressed as the FLN told us, wearing a suit and tie.” They wanted “the entire world” to know "that Algerians living in France want independence,” he told The Associated Press during the Paris march on Sunday.

“The police were full of rage ... That’s why there were so many deaths. The FLN had told us, ’do not bring anything, any kind of weapon, not even a pocket knife or a knife’ so it was … pacifist and they transformed this into a massacre,” he said.

His 25-year-old brother was arrested by police as soon as he went out of the metro station. They both survived and Toul now wants to transmit the memory to his grandchildren.

Wissam Xelka, 30, an anti-racist activist of Algerian descent, said the 17th of October is “a symbol of the whole colonial treatment… (It) was not an accident. It lasted for years and years.”

The activists called on authorities to further recognize the French state’s responsibility in the “tragedies and horrors” related to Algeria’s independence war and to further open up government archives.

“We can not forget,” said M’hamed Kaki, a writer and member of a collective that is urging the recognition of a state crime on that day.

“It is not a police mistake. It is not an initiative from Papon or a few police officers," Kaki said. "No. There was political approval at the time (from the government) ... That’s why we say it is a state crime.”

“He went to the crime scene without naming the criminals," the writer said.

Macron paid tribute to the victims on Saturday at the Bezons bridge over the Seine River in northwest Paris. He was the first president to attend a commemoration event for the massacre.

Another gathering took place Sunday in the southern city of Marseille, home to a large Algerian community.

Fabrice Riceputi, a historian who recently published a book “Here, We Drowned the Algerians” about the event, told the AP “it’s a late colonial massacre. We’re a few months away from Algerian independence, but (it's) also a starting point in the history of the Republic’s treatment of immigrants.”

The massacre “speaks of a moment when unquestionably there was state racism, of colonialism,” he said.

Riceputi described the bloodshed as “the climax of police harassment and violence against the Algerians in the Parisian region” that had started the month before, including police raids in slum areas where Algerians were living on the outskirts of Paris, with some homes being destroyed and corpses found in the Seine even before the protest.

“It’s the culmination of a period of terror,” he said.

The Movement against Facism and for Friendship between People, or MRAP, deplored that Macron's statement did not include “any word about the context of the Algeria war, any word on colonialism, nothing about archives... even less about reparations."

Earlier this year, Macron announced a decision to speed up the declassification of secret documents related to Algeria’s 1954-62 war of independence from France. The new procedure was introduced in August, Macron's office said.

In 2018, Macron formally recognized the responsibility of the French state in the 1957 death of a dissident in Algeria, Maurice Audin, admitting for the first time the French military’s use of systematic torture during the war.