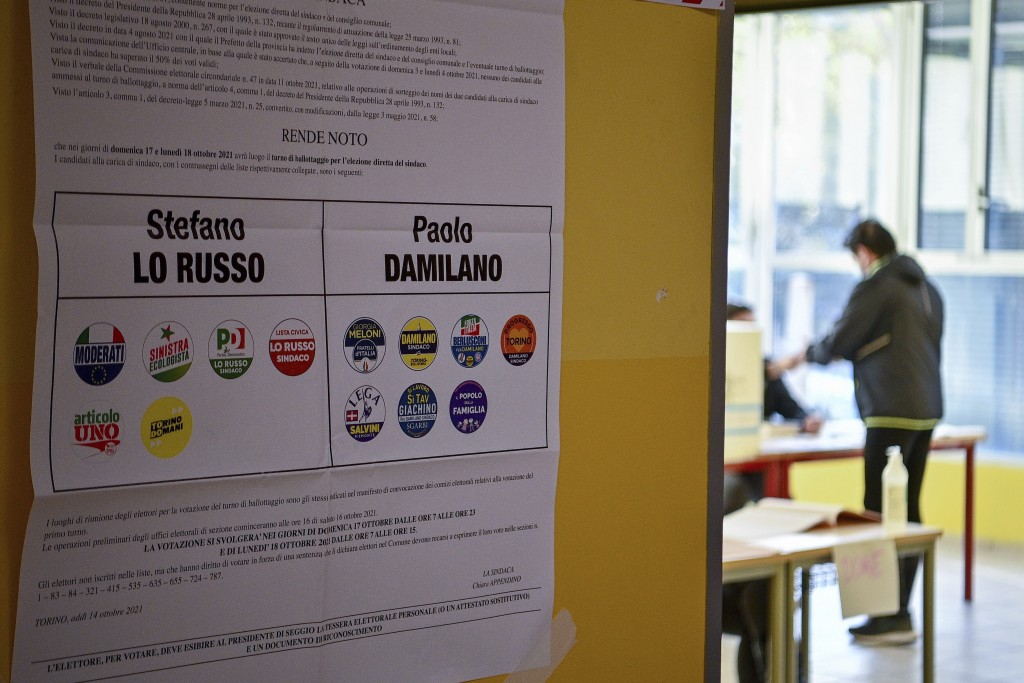 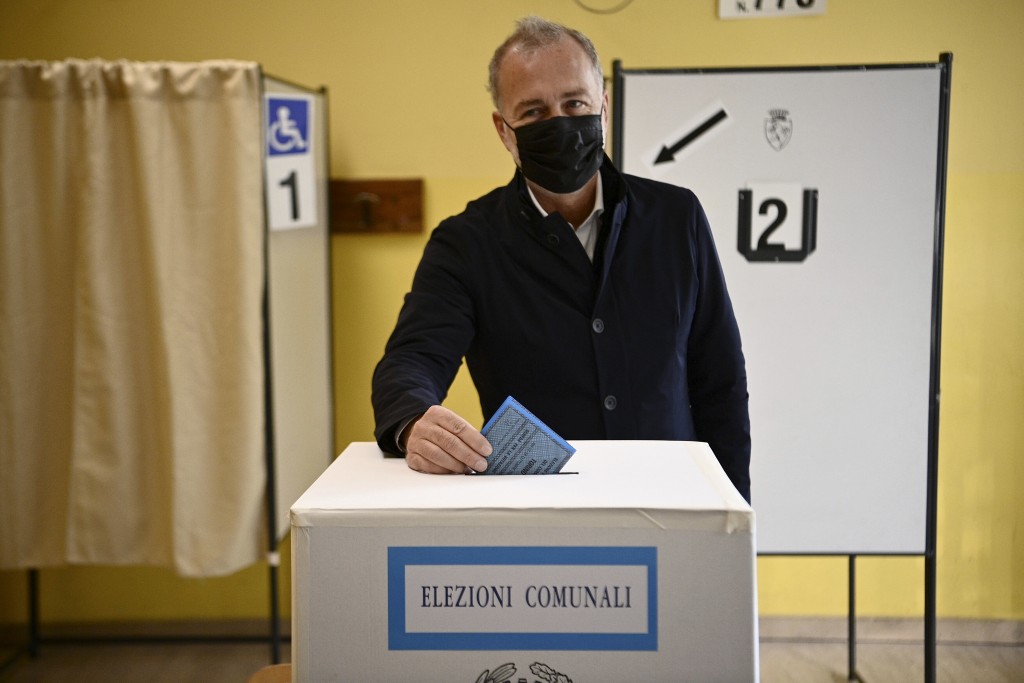 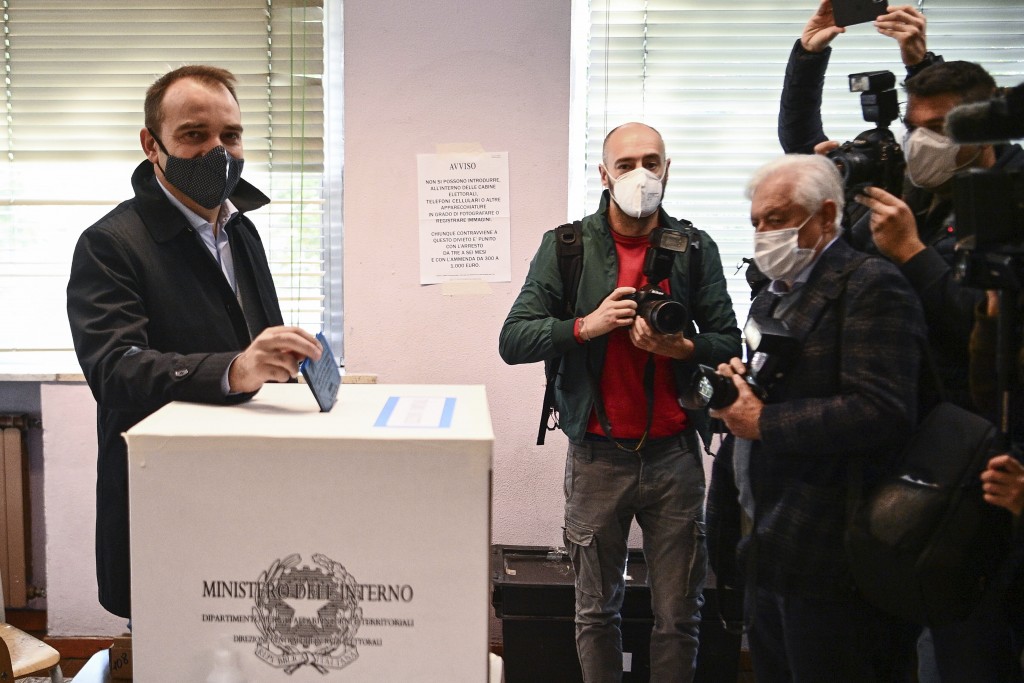 In all, some 65 mayoral races were being decided in voting that continues on Monday, with results expected later that evening.

Runoffs are being held in cities where no candidate in the first round two weeks ago clinched more than 50% of the votes.

Vying to lead Rome after 5-Star Movement Mayor Virginia Raggi failed to make the runoffs are a candidate from the Democratic Party and a candidate who was selected by the leader of Brothers in Italy, a far-right party which has neo-fascist roots and has a strong following in the capital.

In the first round, the center-right candidate, Enrico Michetti, led the pack of 22 contenders with some 30% of the votes, followed by Roberto Gualtieri, who served as economy minister in the previous center-left national government led by Giuseppe Conte, won 27%.

During the campaign, Michetti, a lawyer who is new to politics, was dogged by allegations of anti-Semitism after written remarks by him about the Holocaust surfaced. Michetti had said other genocides don't get as much attention as the Holocaust because they aren't associated with banking powers. After an outcry from Italy's tiny Jewish community and others, Michetti apologized for hurting the sensibilities of Jews.

In the first round of mayoral balloting, Italian populists failed badly. Besides Rome, the 5-Stars also lost City Hall in Turin, a major northern city. Turin Mayor Chiara Appendino, one of the more prominent faces of the Movement, had declined to seek a second term, and the 5-Star candidate this time didn't make it to the runoff.

High-profile successes by the 5 Stars in 2016 mayoral elections helped the movement build momentum for 2018 national elections, which saw them triumph in becoming Parliament's largest party. Italy's next national election is due in 2023.