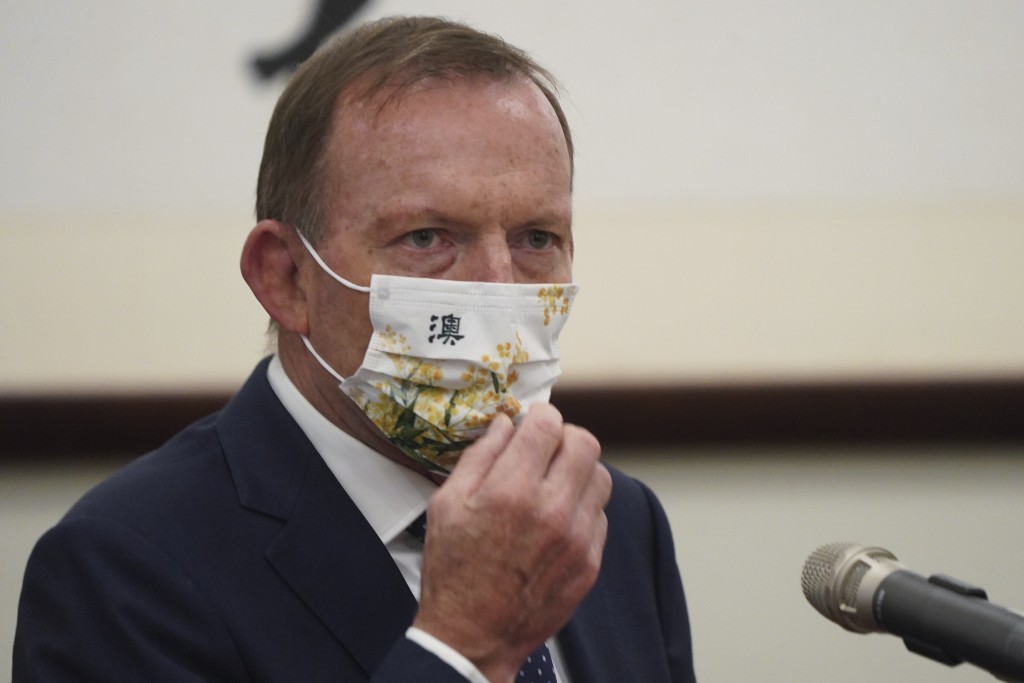 While speaking at a virtual discussion on “Innovative Policy Options for ﻿Strategic Competition with China,” organized by the Washington, D.C.-based think tank Project 2049 Institute, Abbott pointed out that in less than two decades, China has transformed from a country of opportunities to a competitor, and now a threat. History has shown that dictators only recognize strength, he said.

For a free country, it is important to ensure that it is not easily challenged, Abbott said, adding that Taiwan is at the forefront of defending freedom. The former prime minister said the global community should help strengthen the East Asian democracy as much as possible, and one way of doing so is to include it in the CPTPP.

Abbott said that Taiwan has a vibrant economy and respects the rule of law and the rules-based international order. Taiwan will be welcome to join, he said.

With regard to China’s application, Abbott said he does not believe it can successfully join the trade agreement. China is imposing trade sanctions on Australia, and any dignified Australian government will not support Beijing's ascension into the CPTPP.

Abbott said the trade agreement requires all members to abide by the rule of law, but Beijing is governing the country illegally under the leadership of the communist party. This is its fundamental problem, he said, adding that this also makes it nearly impossible for China to join other international organizations and agreements.