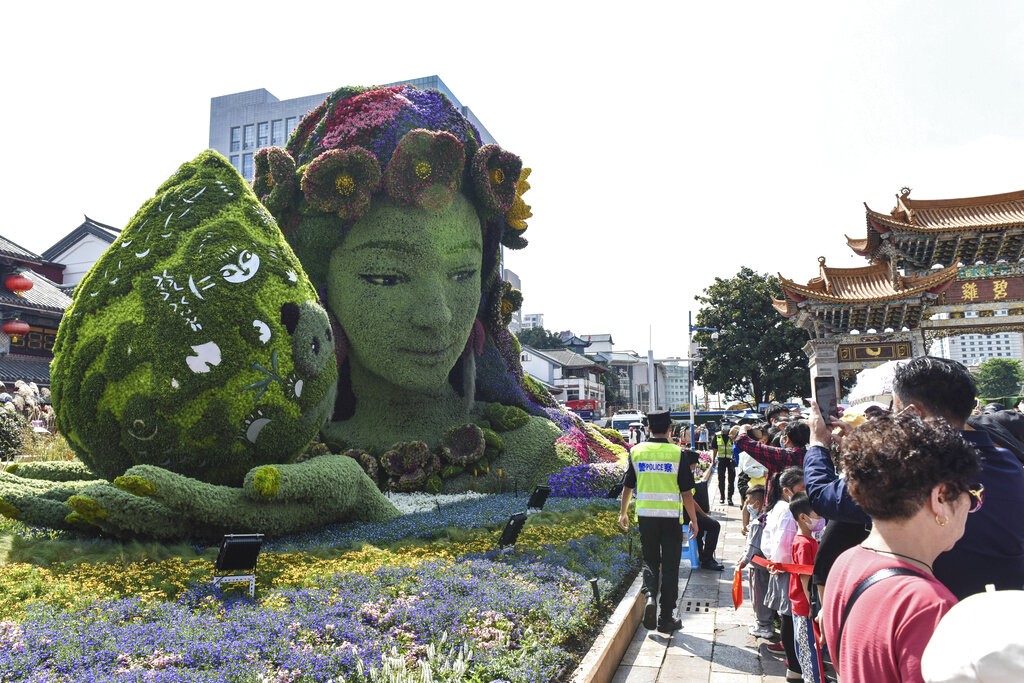 KUNMING, China, Oct 15 (Reuters) - China has used a U.N. biodiversity conference in Kunming to burnish its green credentials and launch new measures to protect domestic habitats, but the world's second-biggest economy is under pressure to tackle the impact of its footprint overseas.

The "COP15" conference, which held its closing ceremony on Friday in the southwestern Chinese city of Kunming, was designed to lay the groundwork for a new post-2020 global pact to conserve habitats and slow species loss, now believed to be at its fastest rate in 10 million years.

During his video address on Monday, Chinese President Xi Jinping announced a new national park scheme as well as a 1.5 billion yuan ($233 million) fund to finance conservation in developing countries.

"One of the biggest things that's missing for me is that there are a lot of domestic commitments, but there wasn't a commitment to integrate biodiversity concerns and risks into China's overseas investments," said Terry Townshend, a Beijing-based conservationist and adviser to the Paulson Institute.

According to research published this week by Boston University, up to 24% of endangered amphibian, bird, mammal and reptile species around the world are affected by Chinese overseas development projects.

"While China is quickly becoming a world leader on biodiversity conservation through its domestic system of protected areas, its overseas finance has been associated with significant risks to biodiversity," said Rebecca Ray, a senior researcher at Boston's Global Development Policy Center.

The International Rivers group, which campaigns against big dams, also said China's overseas hydropower development causes "irreversible damage to some of the most ecologically sensitive sites and rarest species".

China's big dam builders still had no clearly defined "no go areas" and their current projects were encroaching upon precious marine and mammal habitats in Africa and elsewhere, it said.

China's environment ministry did not immediately respond to requests for comment.

There have been signs that China is shifting slowly not only to cleaner overseas investments, but also more biodiversity-friendly supply chains.

"We still have a way to go before China will legislate... But now, quite quickly already, we are starting to see a shift - a consensus is building in the Chinese government that they need to act on this," said Dimitri de Boer, chief China representative with European consultancy ClientEarth, which advises the Chinese government on environmental issues.

Xi has already pledged to end coal-fired power investments overseas, and the world's biggest importer of soybeans and wood products is also exploring ways to clean up commodity supply chains.

China said in a joint communique with the European Union this week that the two sides would collaborate in "enhancing cooperation in conservation and sustainable management of forests, making supply chains more sustainable, and combating illegal logging and associated trade."

"That to me is the biggest news of the week - easily," said de Boer. "This is something that the international community and environmental NGOs have been emphasising for a long time, to move it higher up the agenda of the Chinese government."

The challenges are likely to be considerable, not least when it comes to tracing where China's bulk commodity purchases originate. But the joint statement - which came after talks between vice-premier Han Zheng and his European counterparts - is a sign China's environment ministry will get more clout to tackle overseas trade, experts said.

"China has done a lot in recent years domestically, and it is logical to do that first and then to look at your investment overseas," said Townshend. "It will come: the question is when, and to what extent."