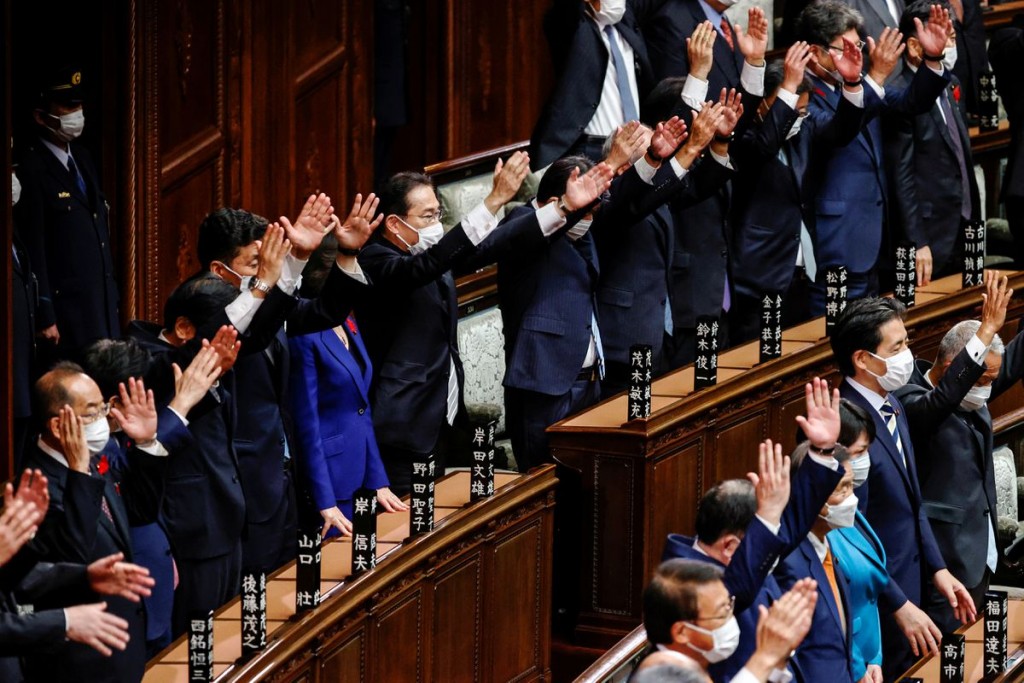 TOKYO, Oct 14 (Reuters) - Japan dissolved its parliament on Thursday, setting the stage for an election at the end of the month that will pit new Prime Minister Fumio Kishida against unpopular opposition in a battle over who can better fix the pandemic-battered economy.

"I want to use the election to tell the people what we're trying to do and what we're aiming for," Kishida told reporters gathered at his office.

Voters will want to see a government with plans for decisive action to end the pandemic and rebuild the economy. A recent Sankei newspaper poll showed that about 48% say they want the Kishida administration to work on coronavirus most, followed by economic recovery and employment.

Kishida's party is promoting his push for coronavirus measures including supplying oral antiviral medication this year, as well as his vision of realising a "new capitalism" that focuses on economic growth and redistribution of wealth.

The ruling party has also called for a sharp increase in defence spending to acquire the capability to destroy ballistic missiles, amid China's increasingly assertive posture over Taiwan.

The largest opposition party, the Constitutional Democrats (CDPJ), led by Yukio Edano, has highlighted issues such as its support for same-sex marriage and different surnames for couples.

The LDP remains socially conservative and, while progress has been made on LGBTQ rights in society, Kishida has said he was not in favour of same-sex marriage.

The biggest challenge for Constitutional Democrats is their low support ratings. A recent poll by the Asahi Shimbun daily found only 13% were planning to vote for them, far behind the LDP's 47%; most other polls record support in the single digits.

Also, Kishida's focus on redistribution and economic growth has blurred policy differences between the LDP and CDPJ.

Edano said his party, if it were to take power, would go straight to wealth distribution to kickstart growth.

"'Wage hikes and distribution once growth is achieved.' This is what (former prime minister Shinzo) Abe was saying. But there was no growth over the past eight, nine years and no wage hikes," Edano told reporters. "If we don't distribute wealth first, no growth is achieved. This is a rather clear difference (between the two parties)." read more

Canvassing in many districts is already underway but formally the campaign will kick off on Oct. 19, followed by the vote on Oct. 31. Kishida is expected to hold a news conference Thursday night.