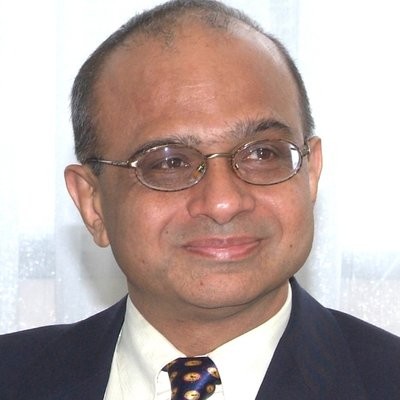 TAIPEI (Taiwan News) — Brahma Chellaney, an academic at New Delhi–based Centre for Policy Research and fellow at Belin’s Robert Bosch Academy, has penned an article calling for U.S. President Biden to make it “crystal clear” to China that “the US would mobilise its own military resources to defend Taiwan.”

The article, titled “Saving Taiwan”, first appeared on Project Syndicate on Monday (Oct. 11) and has since been republished multiple times, including in Canada’s Globe and Mail, Australia’s ASPI, the Japan Times, and other international media.

Chellaney contests the historical validity of the so-called “reunification” of Taiwan with China, pointing out that the indigenous peoples of Taiwan are Malayo-Polynesian tribes and that the Philippines is physically closer to the country than China.

Chellaney also points out it was Dutch colonialism that paved the way for Chinese migrants to start moving to Taiwan en masse. He adds that no China-based administration has controlled Taiwan for the last 126 years, and though Taiwan was technically a “province” of the Qing Empire from 1887 to 1895, this eight year window is dwarfed by the Dutch and Japanese colonial periods, who each administered Taiwan for several decades.

Chellaney argues that the Biden administration is not explicit enough in warning Beijing that it will protect Taiwan in the event of an invasion by China.

He argues that the plan to help Taiwan develop asymmetric advantages, (also known as the “porcupine strategy”) is not enough and that the U.S. ought to “threaten to go to war” if it is to really deter China from invading.

“The worst stance the U.S. could take would be to oppose a Chinese takeover of Taiwan without credibly signalling a genuine willingness to defend the island militarily,” he states.

This stance, he argues, would tempt China’s leadership to order a surprise invasion.

The opinion piece got the attention of CCP mouthpiece Global Times, who said Chelanney had “talked wildly again” in terms reminiscent of its recent description of a pro-Taiwan speech by former Australian Prime Minister Tony Abbot as an “insane performance.”

The Chinese outlet also accused Chellaney of harboring ulterior motives in speaking about Taiwan’s security, claiming he aimed to “provide India with a strategic bargaining chip.”