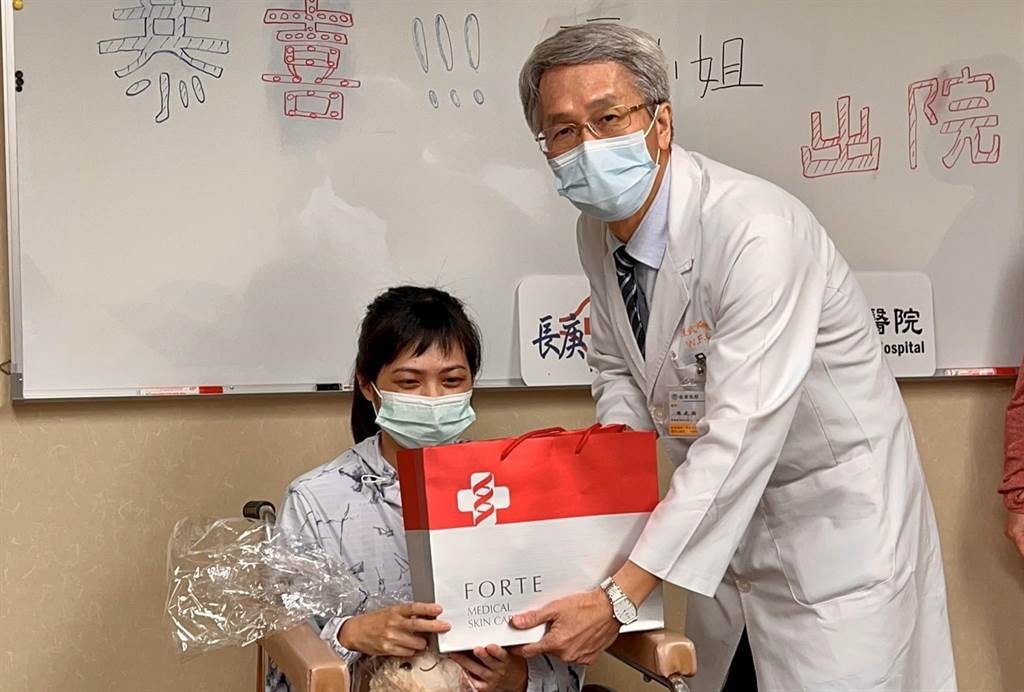 A woman surnamed Pan was discharged from the Kaohsiung Chang Gung Memorial Hospital on Thursday (Oct. 15) after undergoing treatment on her injured eyes for 19 days. Pan told media, "I can see again, don't worry about me. Thank you, everyone, for your well wishes." TAIPEI (Taiwan News) — Surgeries underwent by a convenience clerk to repair a detached retina suffered during a savage assault by a man diagnosed with schizophrenia appear to have been successful.

On Sept. 26, a 50-year-old man surnamed Yang (楊) brutally assaulted the 29-year-old clerk surnamed Pan (潘) after she asked him to pull up his face mask when entering a convenience store in Pingtung County's Gaoshu Township. Pan was reported to have suffered a detached retina in one eye, lacerations to her other eye, and a broken nose, with doctors fearing she would completely lose vision in the more seriously damaged eye.

Pan has since undergone two operations at Kaohsiung Chang Gung Memorial Hospital. Doctors say that her recovery is going well, and she has not experienced any complications from two procedures on her eyes, reported ETtoday on Tuesday (Oct. 12).

Over the past two days, she has been undergoing pre-discharge checkups. If her condition continues to improve, doctors say that she can be discharged from the hospital this week. In response to Pan's injuries, the hospital immediately activated a team of specialists in plastic surgery, otolaryngology, ophthalmology, nursing care, social services, and psychiatry for care and treatment. On the day of the incident, an ophthalmologist first sutured a conjunctival laceration to her eye.

The operation went smoothly, and there were reportedly no complications of a retinal detachment. On Oct. 2, a medical team composed of an ENT surgeon and a plastic surgeon reconstructed the inner wall of the orbital cavity.

In order to avoid scars from external surgeries and shorten the postoperative recovery time, the medical team used minimally invasive surgery through nasal endoscopy. During the procedure, artificial bone was used to successfully restore the surrounding structures of the eyeball. Pan is tended to by a nurse. (Chuang Chuan-cheng photo)

On Oct. 6, Pingtung Magistrate Pan Meng-an (潘孟安) announced that he had visited Pan after the operations and said that she was able to open her eyes and see him. She expressed her gratitude to the public for all of their best wishes and was optimistic about being discharged from the hospital soon.

According to the hospital, Pan is recovering well and will likely be discharged later this week. Doctors say that her vision has been fully restored but follow-up examinations will still be needed.