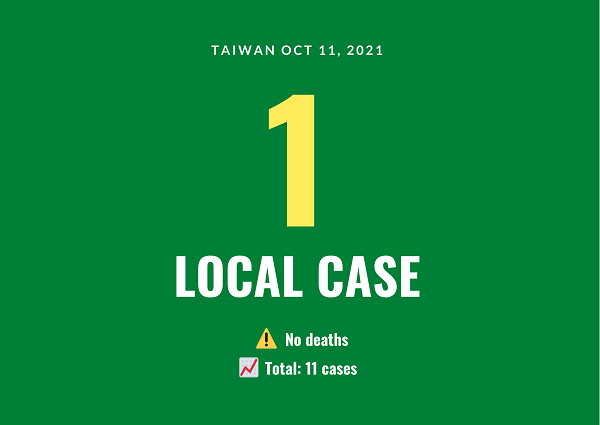 TAIPEI (Taiwan News) — The Central Epidemic Command Center (CECC) on Monday (Oct. 11) announced 11 new confirmed cases of COVID-19, of which one is local and 10 are imported.

The center said the one local case is a woman in her 40s. She was tested for COVID-19 for unspecified reasons on Saturday and was confirmed to have contracted the disease on Monday.

The 10 new imported cases include five males and five females between 10 and 60 years of age.

Between Sept. 26 and Oct. 9, three arrived from Indonesia, two from the U.S., two from the Philippines, two from Mongolia, and one from Singapore. All had tested negative for the disease within three days of their departure.

Taiwan has so far reported 16,305 confirmed cases of COVID-19, including 1,668 imported cases, while 846 people in the country have succumbed to the disease.