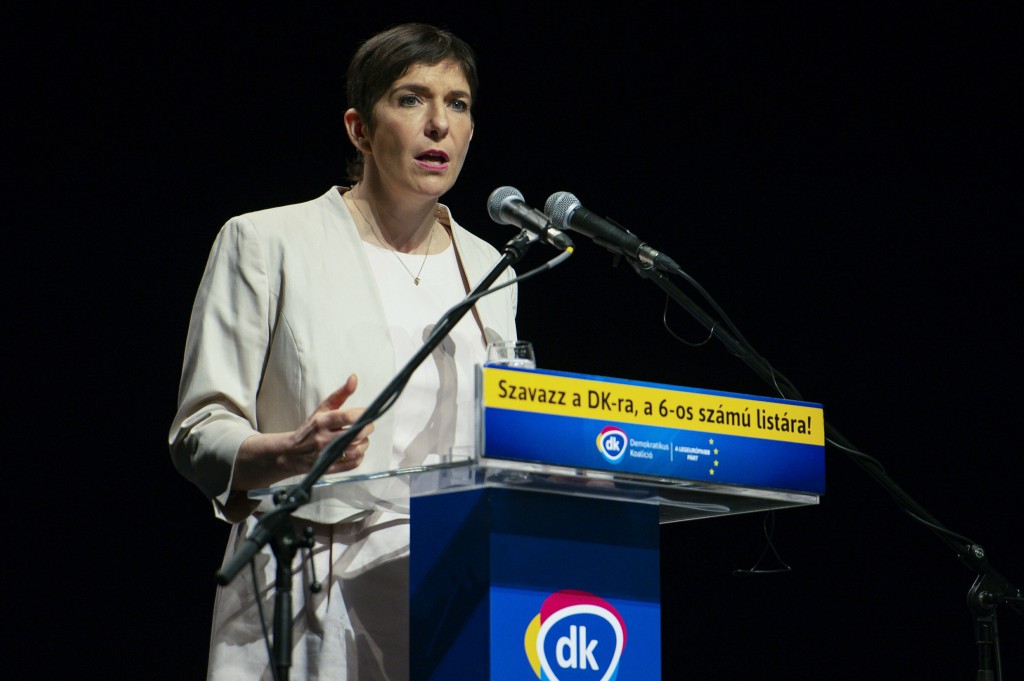 BUDAPEST, Hungary (AP) — Opposition voters in Hungary on Sunday will have the chance to cast their ballots in a primary to decide between two politicians with different platforms but one important thing in common: they each want to bring an end to the 12-year rule of right-wing populist Prime Minister Viktor Orban.

While the two contenders — center-left lawyer and economist Klara Dobrev and moderate conservative mayor Peter Marki-Zay — are both members of a pan-opposition coalition aiming to defeat Orban in a national election next spring, they are in the eyes of some voters two distinct sides of the country's possible political future: a return to Hungary's turbulent political past, or the prospect of a new beginning.

Dobrev, a 49-year-old vice president of the European Parliament, won the first round of primaries which ended last week, gaining 34.8% of the votes.

However, her strong lead was cut when the second-placed finisher, Budapest's liberal mayor Gergely Karacsony, withdrew on Friday and threw his backing behind Marki-Zay. They insisted their plan was the only one that could beat Orban.

“Whoever votes for Klara Dobrev is voting for Viktor Orban,” Marki-Zay said at a news conference Friday.

Dobrev has campaigned on scrapping Hungary’s 2012 constitution that was unilaterally adopted by Orban’s party, and dismantling his political system, which has been accused by critics of cracking down on democratic institutions and seizing control of the press.

Dobrev is the head of Hungary's most popular opposition party, Democratic Coalition, and enjoys the support of a dedicated base of voters. But she is viewed by many conservatives, and even some liberals within the opposition coalition, as a symbol of the failed policies and political culture of Hungary's Socialist government of 2004-2009, which was headed by her husband, Ferenc Gyurcsany.

A moderate Christian conservative, father of seven children and the mayor of the city of Hodmezovasarhely in southern Hungary, Marki-Zay is running as an independent with no financial backing from any of the six opposition parties.

He has campaigned on bringing an end to corruption in government and introducing the euro as Hungary's official currency, and advocates for a technocratic government to modernize Hungary's education and health care systems.

Marki-Zay leads the Everyone’s Hungary Movement, a grassroots political initiative he founded in 2018 following his victory in a mayoral by-election that year. That victory was seen as proof that opposition unity could break the ruling party's grip on power.

The strategy was tested again in countrywide municipal elections in 2019, when the coalition succeeded in flipping the leadership of Budapest and most of Hungary's larger cities.

The unity strategy, the parties say, is the only method to overcome an electoral system authored by Orban’s party that gives it an unfair advantage.

In an interview with news site HVG on Saturday, Dobrev emphasized that while she and her party are preparing to govern in a post-Orban era, the opposition’s tenuous coalition must be preserved if it hopes to have electoral success in April.

“Everyone must know, including my competitors, that it is not Peter Marki-Zay or Klara Dobrev who will win next year’s elections, but all of us together, this coalition we have built,” she said.