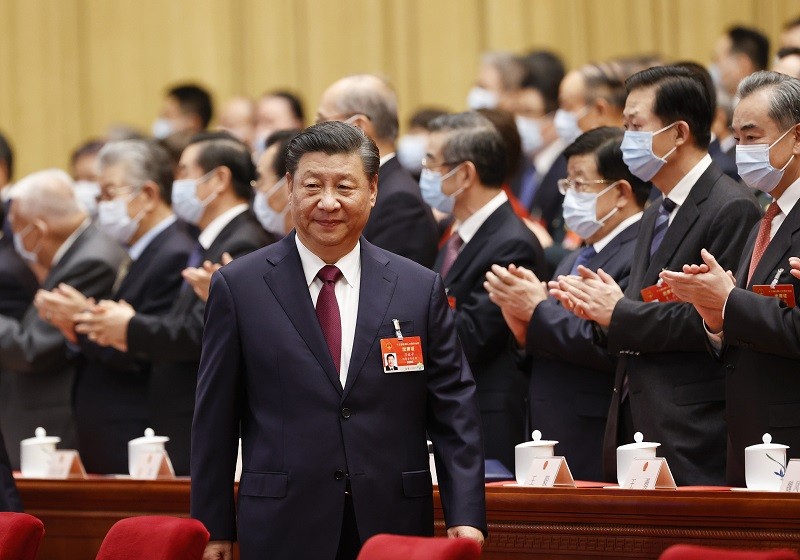 In a speech to commemorate the Xinhai Revolution of 1911, Xi stood at the lectern in front of a large portrait of Sun Yat-sen (孫中山), founder of the Republic of China, at Beijing’s Great Hall of the People.

The Chinese leader did not directly mention the use of force against Taiwan as a way to bring about the “reunification,” according to a Reuters report.

The statement follows mounting tension in the Taiwan Strait after China sent around 150 aircraft into Taiwan’s air defense identification zone (ADIZ) over four days starting the previous Friday (Oct. 1). Meanwhile, Taiwan’s leaders have vowed to defend the country and insisted that only Taiwanese should determine their own future.

Xi said the Chinese people have a "glorious tradition" of opposing separatism. "Taiwan independence separatism is the biggest obstacle to achieving the reunification of the motherland, and the most serious hidden danger to national rejuvenation."

"Those who forget their heritage, betray their motherland, and seek to split the country will come to no good," Xi said. "The historical task of the complete reunification of the motherland … will definitely be fulfilled."

Speaking shortly before Xi, Taiwan’s Premier Su Tseng-chang (蘇貞昌), said China should not distort history by falsely claiming the legacy of the Xinhai revolution for itself. He noted it was the Kuomintang (KMT) and not the CPP that carried it out, according to a UDN report.

Indeed, the portrait of Sun that was hung above Xi during his address in Beijing typically features in the background of Taiwan’s own Legislative Yuan, Presidential Office, and other government buildings.

He also noted China has been “flexing its muscles,” which has caused tension all over the region.

“This is why countries that believe in freedom, democracy, and human rights, and based on shared values, are all working together and have repeatedly warned that China should not invade Taiwan,” Su said.