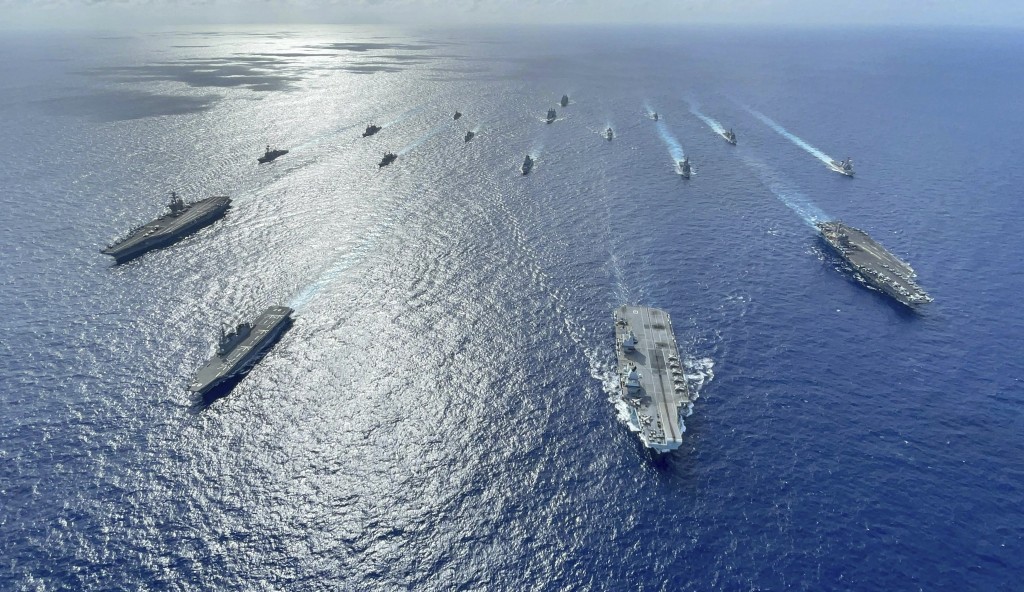 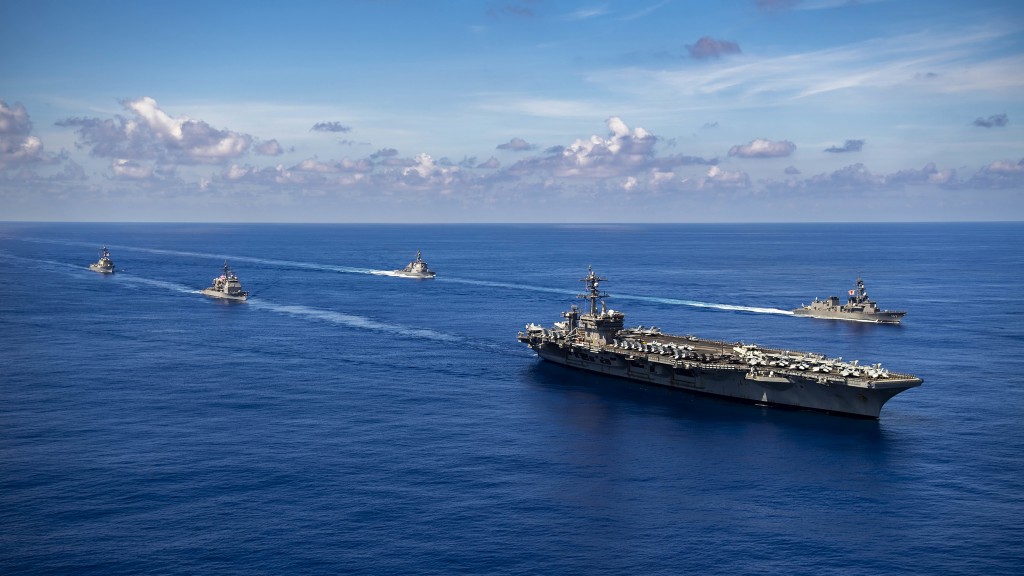 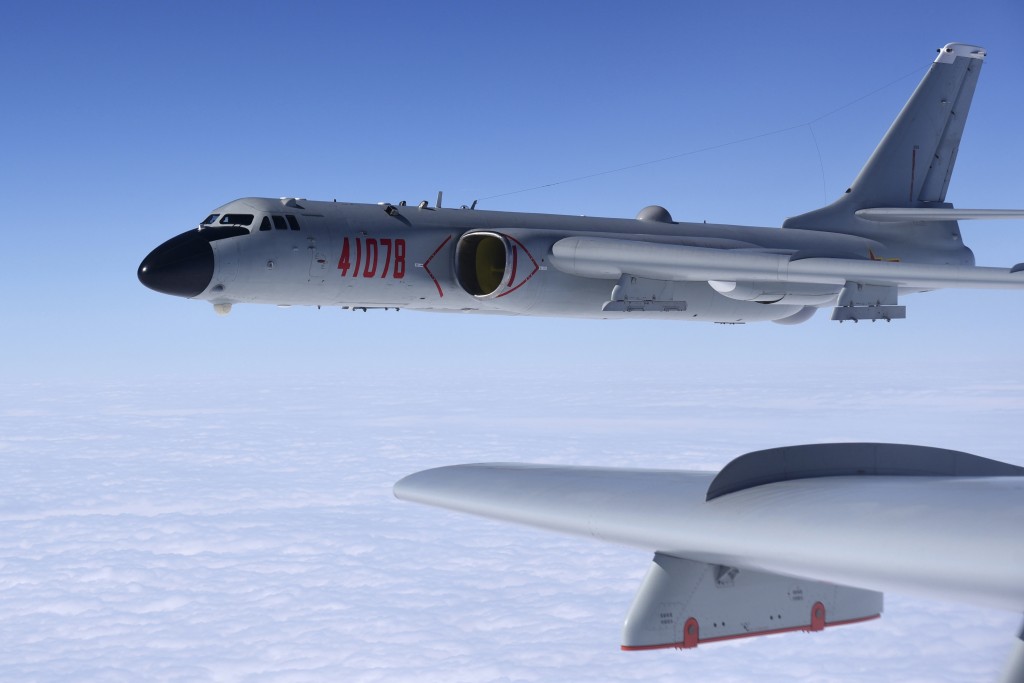 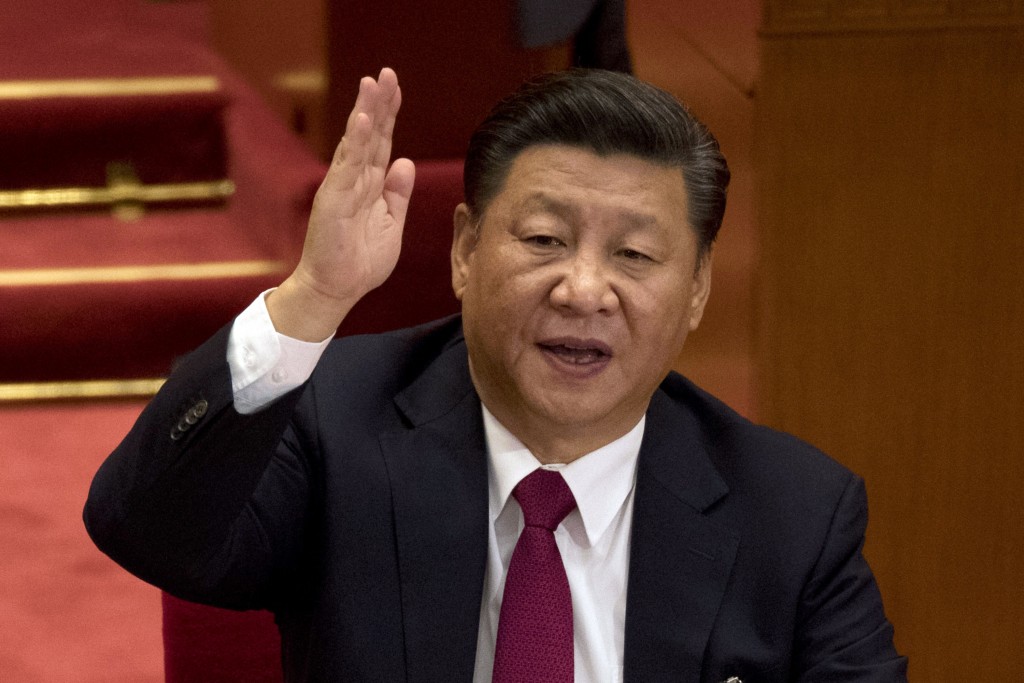 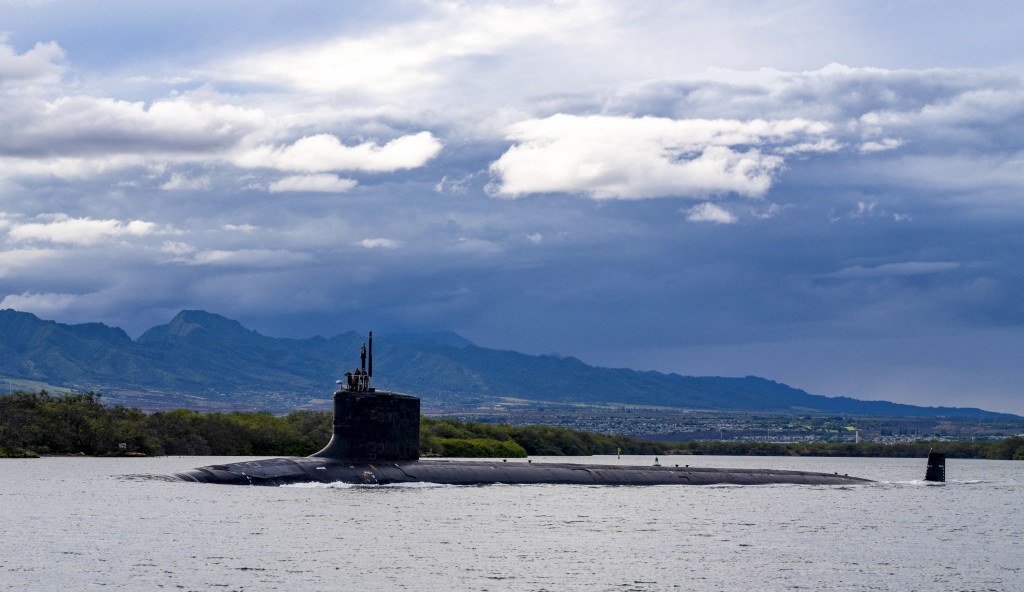 BANGKOK (AP) — A recent spate of Chinese military flights off southwestern Taiwan has prompted alarm from the island, which Beijing claims as its own, and is increasing tensions in a region already on edge.

The flights are one piece of a complex puzzle in Asia, where the United States and its allies have stepped up their naval maneuvers and Australia announced last month it is acquiring nuclear-powered submarines in a deal seen as a direct challenge to Beijing. Meanwhile, Japan has grown increasingly vocal about China becoming a security threat.

Experts agree that armed conflict is not imminent, but as military activity increases, there are growing fears that a mishap or miscalculation could lead to an unintended escalation. U.N. Secretary-General Antonio Guterres urged Beijing and Washington last month to repair their “completely dysfunctional” relationship, saying “we need to avoid at all cost a Cold War.”

Here are some of the issues at play:

WHAT ARE CHINA'S GOALS?

China portrays its military profile as purely defensive, arranged to protect what it says are its sovereign rights from Taiwan to the South China Sea and its long, disputed mountain border with India. The U.S. and many of China's neighbors see that stance as aggressive and have bolstered their own presence in hopes of arresting China’s efforts to unalterably change facts on the ground.

China, after years of rising military spending, now boasts the world’s second largest defense budget behind the U.S., totaling about $209 billion this year. That has allowed the development of advanced weapons systems including the J-20 stealth fighter, hypersonic missiles and two aircraft carriers, with a third under construction.

President Xi Jinping, also commander of the People’s Liberation Army, has overseen the construction of military facilities on man-made islands in the South China Sea meant to extend China's territorial waters, and stated that bringing Taiwan under Beijing’s control cannot be left to the next generation. His threats toward the self-governing island democracy have been amplified through military exercises along the coast opposite Taiwan and the flying of large numbers of Chinese warplanes into Taiwan’s air defense identification zone, including a single-day record of 56 on Monday, capping a total of 149 flights over a four-day period.

Xi is to deliver a speech Saturday on the eve of Taiwan’s National Day. The unusually high-profile address will be watched carefully for signs of outreach to the Taiwanese public or any hardening of China’s line.

The U.S., with bases in Japan, South Korea and Guam, has a large military presence in the region and has been pursuing a “pivot” in focus toward the Indo-Pacific to counter China's increasingly assertive posture.

In a speech this week, U.S. Secretary of the Navy Carlos Del Toro told cadets that China would be the “challenge that will define your naval careers,” saying Beijing is using its military leverage to “threaten its neighbors, challenge established norms, and attempt to control international waters as its own.”

“Our job is to preserve the peace by making sure the People's Republic of China doesn't gain military leverage over the United States or our allies and partners,” he said.

To that end, the U.S. regularly holds exercises in the region with multiple allies, including a recent one involving 17 ships from six countries that took place northeast of Taiwan off the Japanese island of Okinawa at the same time as the Chinese flights south of Taiwan.

Washington’s longstanding policy has been to provide political and military support for Taiwan, while not explicitly promising to defend it from a Chinese attack.

Though the U.S. has no bases on Taiwan, American officials confirmed this week that special forces have been training with the Taiwan military for more than a year, including maritime operations with Marine commandos in recent weeks.

U.S. military support for Taiwan is “based on an assessment of Taiwan’s defense needs and the threat posed by” China, Pentagon spokesman John Supple said.

Last month before the U.N. General Assembly, U.S. President Joe Biden did not mention China by name but emphasized that the U.S. would “stand up for our allies and our friends and oppose attempts by stronger countries to dominate weaker ones.”

WHAT IS TAIWAN'S POSITION?

Taiwan is chiefly concerned with shoring up its de facto independent status while maintaining economic links with China and avoiding a military clash.

While Taipei and Washington have not had official diplomatic relations since the U.S. switched ties to Beijing in 1979, U.S. law requires that Washington assist Taiwan in maintaining a defensive capability and treat threats to the island as a matter of “grave concern.” That has included sales of advanced radar systems, fighter jets and warships that have angered China.

Along with purchasing arms from the U.S., President Tsai Ing-wen has boosted the domestic military industry, particularly development of submarines considered crucial to defense, but which Taiwan has been unable to buy from abroad due to Chinese pressure. Taiwan will display some of its arms on Sunday at the first National Day military parade held since Tsai took office in 2016.

Taiwan is also fighting back against a Chinese campaign to isolate it diplomatically, hosting U.S. officials on recent visits and this week a delegation of French senators and former Australian Prime Minister Tony Abbott, who accused China of being a bully and expressed enthusiastic support for Taiwan’s government amid a sharp downturn in relations between Beijing and Canberra.

WHAT ABOUT OTHER REGIONAL PLAYERS?

Australia made a strong statement last month when it announced it was scrapping a $66 billion deal with France for diesel-powered submarines in favor of a new pact with the U.S. and Britain for nuclear-powered subs.

The decision was seen as a doubling down on the Australia-U.S. alliance at a time when China is pressuring Australia with tariffs and import bans. Beijing slammed the deal, under which the U.S. and U.K. will help Australia construct at least eight submarines, calling it “highly irresponsible" and saying it would “seriously damage regional peace and stability.”

The leaders of Australia, the U.S., Japan and India — a group known as the Quadrilateral Security Dialogue — met in Washington shortly after the submarine deal was announced for broad talks that included discussions on how to keep the Indo-Pacific “free and open.”

India has joined regional maneuvers, significantly sending ships through the South China Sea to take part in exercises with the U.S., Japan and Australia off Guam in August, whose purpose New Delhi said was to show a “commitment toward freedom of navigation at sea.”

China and India are involved in a land border dispute that led to clashes this year and last year. India has also been concerned with the increasing presence of Chinese research vessels and fishing trawlers in the Indian Ocean region, which are allowed under international law but it suspects are collecting data for military purposes.

Japan has long been cautious with its relations with China, a key trading partner, but now increasingly views the country as a security threat. New Japanese Prime Minister Fumio Kishida said dialogue with China is important, but Japan should also team up with like-minded democracies and step up its security alliance with the U.S. and other partners.

Britain has recently been among the most engaged in the region, combining an enhanced diplomatic outreach with the dispatch of a carrier strike group on a 28-week deployment as it pursues a “tilt” toward the Indo-Pacific recommended by a British government review of defense and foreign policy.

As a maritime trading nation, Britain has emphasized the need to keep commercial shipping routes free and has been using its naval presence to reinforce established international lanes, such as sending the frigate HMS Richmond through the Taiwan Strait in a move criticized by China as a “meaningless display of presence with an insidious intention.”

The European Union last month unveiled its own strategy to boost political and defense ties in the Indo Pacific, emphasizing the need for dialogue with Beijing but at the same time proposing an enhanced naval presence and greater security cooperation with regional partners.

France has regularly sent naval vessels to the region, and at the moment both the Netherlands and Germany have ships taking part in ongoing exercises with the U.S. and other navies. More than enhancing the military presence, the wide range of forces involved is a way to counter the Chinese position that it is reacting to unilateral American actions.

In his speech, U.S. Navy Secretary Del Toro said there was “no substitute for the shared experiences of allies working together to deter our adversaries.”