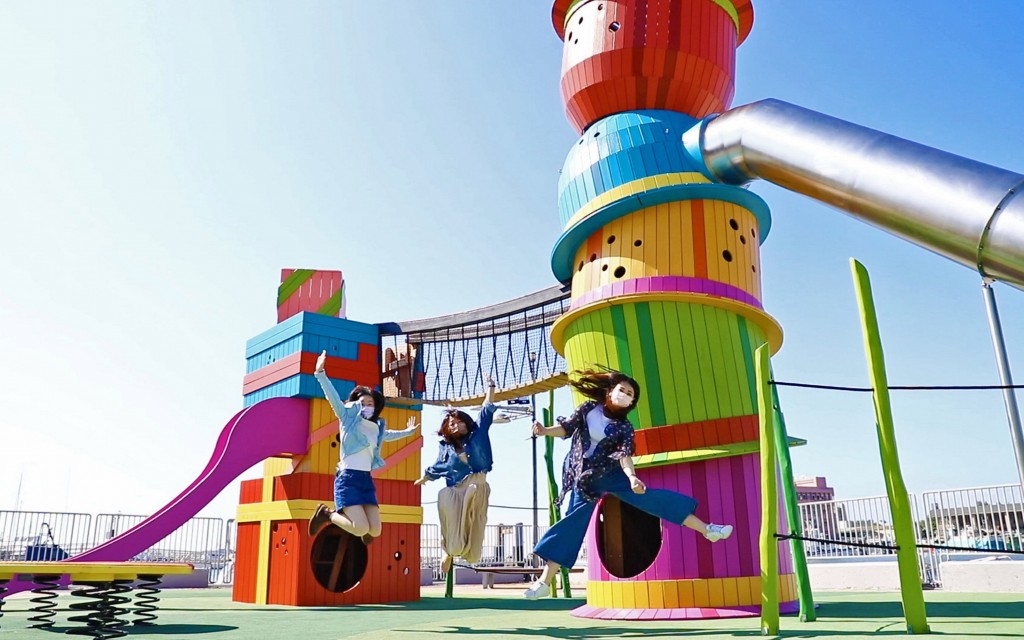 As COVID-19 prevention rules are gradually relaxed, Metro New Taipei began promoting events and attractions around Tamsui and the Fisherman’s Wharf. One of the first venues is the Fisherman’s Wharf Station, which has been redecorated into a colorful summer beach setting featuring paintings of ice cream shops, shower stalls, and vending machines. Additionally, there will be fireworks at the Fisherman’s Wharf over four weekends in October. During weekends, firework shows will begin promptly at 8 p.m., with extended shows on Oct. 9 and 31.

Metro New Taipei said that in order to ease traffic congestion in the area, visitors are encouraged to take the Danhai light rail, and the company will increase train frequency in the afternoon and evening on Oct. 9 and 10. After firework shows, trains will arrive every six to nine minutes to transport visitors as they leave and head home. There will be firework shows every weekend in October at Tamsui Fisherman's Wharf. (Metro New Taipei photo)