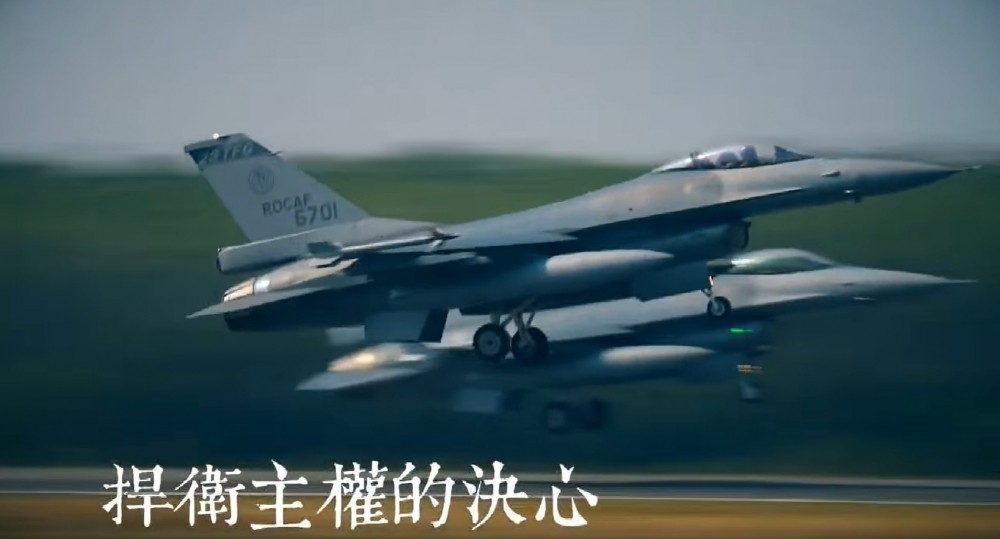 In the midst of these waves of enemy aircraft, the Air Force on Saturday evening released a video on its Facebook page titled "Defend the Airspace and Never Compromise." The patriotic video flashes scenes of fighter jets taking off and intercepting enemy planes, E-2K Hawkeye early-warning aircraft monitoring airspace, and other air combat training footage.

In the caption at the top of the post was famous quote by late Air Force colonel and flying ace Kao Chih-hang (高志航, 1907-1937), which read: "As the Air Force, how can we allow enemy planes to fly over our heads!" It stated that the "frequent harassment of Taiwan by communist planes engaging in actions that undermine regional peace, will only increase antipathy and tensions between the two sides of the strait."

The Air Force then reiterated that it will "never compromise!" It vowed that its personnel will stay at their posts day and night and closely monitor the skies, "never letting the enemy step one foot into our territory."

The post ending by swearing that the Air Force will guard Taiwan's airspace, with an "unwavering determination to defend national sovereignty."

In the video, F-16 fighter jets can be seen taxiing as they prepare for takeoff. The video then cuts to an officer hitting a button to launch a scramble alert.

Pilots can then be seen sprinting toward a pair of hangers housing fighter jets. A pilot is shown scampering up a jet plane boarding ladder.

Once inside the cockpit, the pilot salutes the camera. Next, a ground crew member gives hand signals to a pilot, before cutting to an antiaircraft defense system.

A twin-engine Indigenous Defense Fighter (IDF) is then shown roaring off an airstrip. An F-16 appears next with ground crews carefully mounting ordinance before displaying another F-16 setting the evening sky aglow during a night takeoff.

An E-2K Hawkeye appears in the skies over Taiwan, before revealing personnel inside manning their instruments. This is followed by an F-16 blasting off the runway with flames shooting out its engine.

The video then provides a brief glimpse of a French-made Mirage 2000 taxiing on an airfield. Twin F-16's then rocket off a runway and soar together above the clouds as the expression "unwavering" appears, before the screen fades to black. 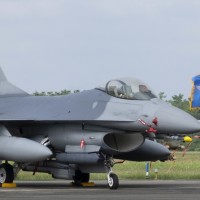