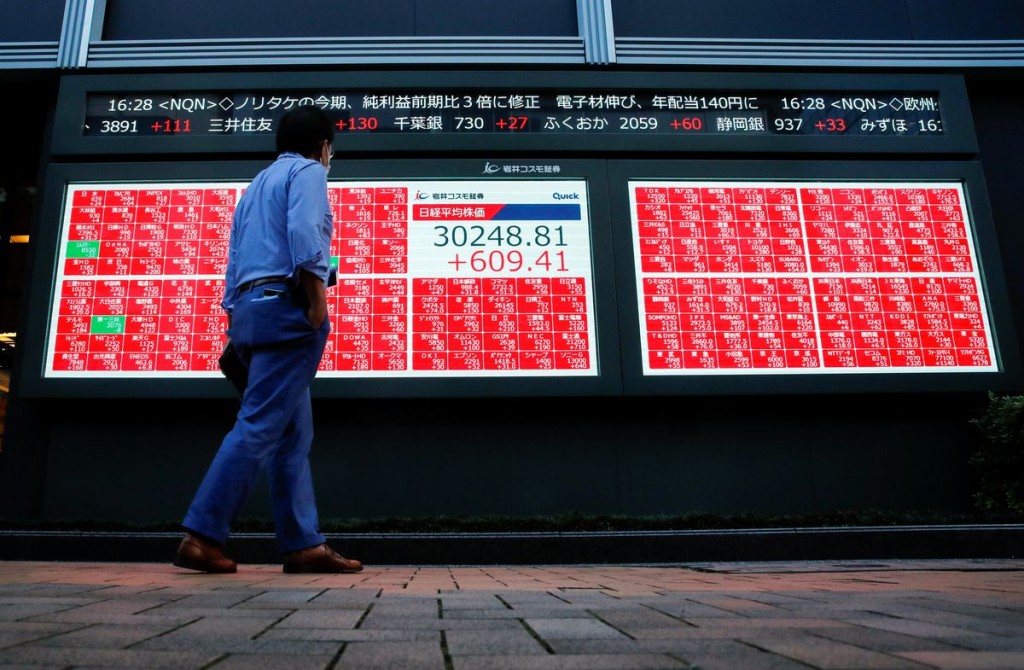 Asian shares rallied on Thursday, taking heart from a late recovery on Wall Street after U.S. politicians appeared near to a temporary deal to avert a federal debt default and as Russia reassured Europe on gas supplies, calming volatile markets.

Oil prices also dropped back from multi-year highs hit a day earlier, having been a major contributor to this week's equities sell off, while U.S. benchmark Treasury yields and major currencies steadied amid the calmer mood.

MSCI's broadest index of Asia-Pacific shares outside Japan (.MIAPJ0000PUS)rose 1.25% in early trade, regaining ground lost in recent days to be little changed on the week.

"Sharp increases in energy prices have clearly contributed to the latest leg up in bond yields, which has been accompanied by weakness in equity markets around the world," analysts at Capital Economics wrote in a note.

The falls followed an unexpected rise in U.S. crude stocks.

Gas prices also fell, a day after Russian leaders indicated that supply to Europe could increase, which contributed to a late rally on Wall Street after declines in European stock markets.

The Dow Jones Industrial Average (.DJI) rose 0.3%, the S&P 500 <.SPX gained 0.41% and the Nasdaq Composite (.IXIC) added 0.47%, also boosted by a proposal from the Senate's top Republican, Mitch McConnell, to allow an extension of the federal debt ceiling into December.

Worries the U.S. would default on its debt, have weighed on stocks along with the rising energy prices.

The next U.S. event in focus for global investors is payrolls data due Friday, with investors anticipating that a reasonable figure will mean the U.S. Federal Reserve will begin tapering its massive stimulus programme at its November meeting.

The dollar was steady, not too far from 12 month highs hit last month against a basket of currencies , and held at a 14 month high against the Euro.

"Price action is linked to equity market gyrations, a hawkish Fed outlook and fears of stagflation as oil surges and the politics around the debt ceiling threaten the domestic economy."