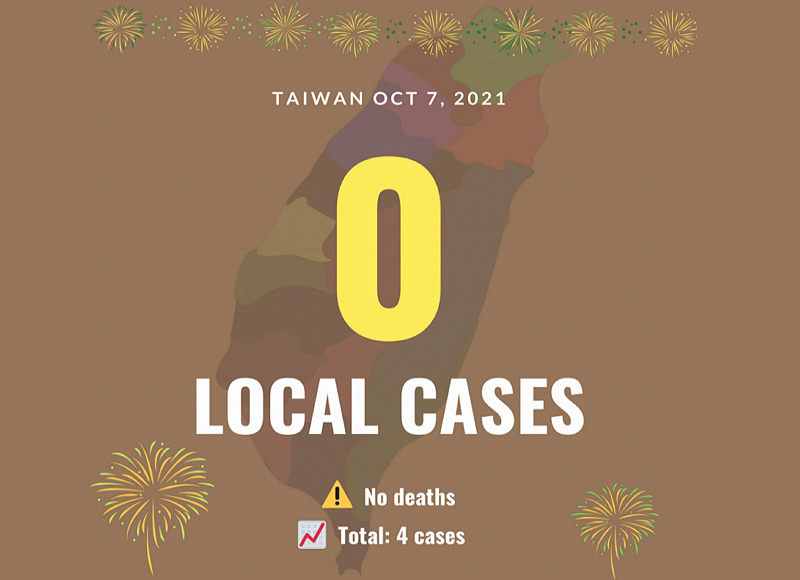 Health Minister and CECC head Chen Shih-chung (陳時中) announced four imported coronavirus cases and no local infections on Thursday. The CECC did not announce any deaths, leaving the COVID death toll at 844.

Of the 832 deaths from local infections, 412 were in New Taipei; 319 in Taipei; 29 in Keelung; 26 in Taoyuan; 15 in Changhua County; 13 in Hsinchu County; five in Taichung; three in Miaoli County; two each in Yilan and Hualien counties; and one each in Taitung County, Yunlin County, Tainan City, Nantou County, Kaohsiung City, and Pingtung County. The 12 other deaths were imported cases.