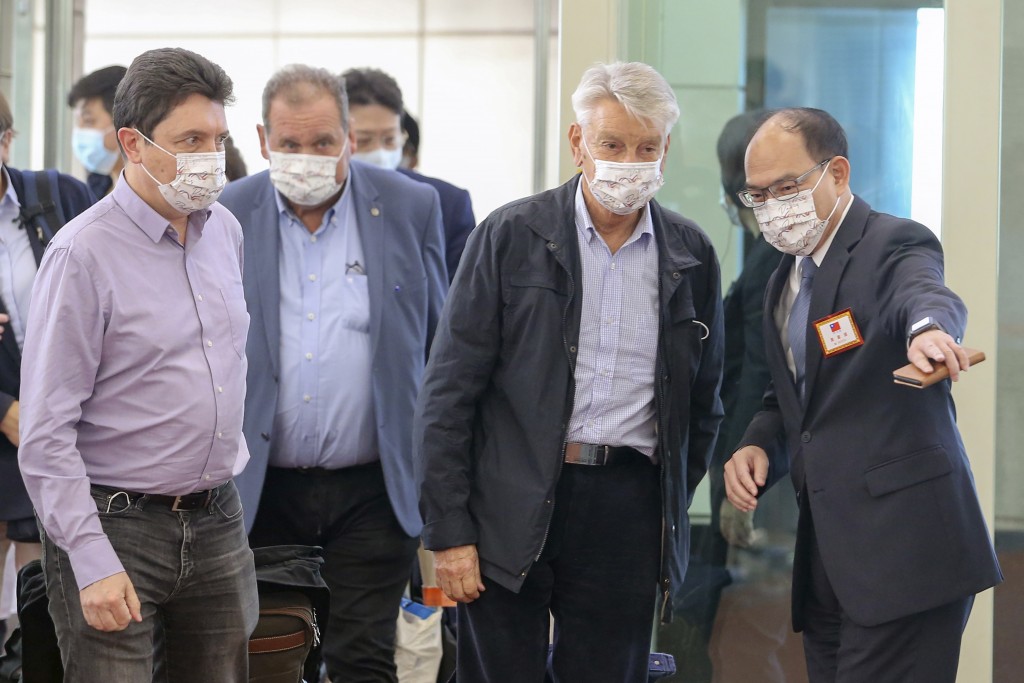 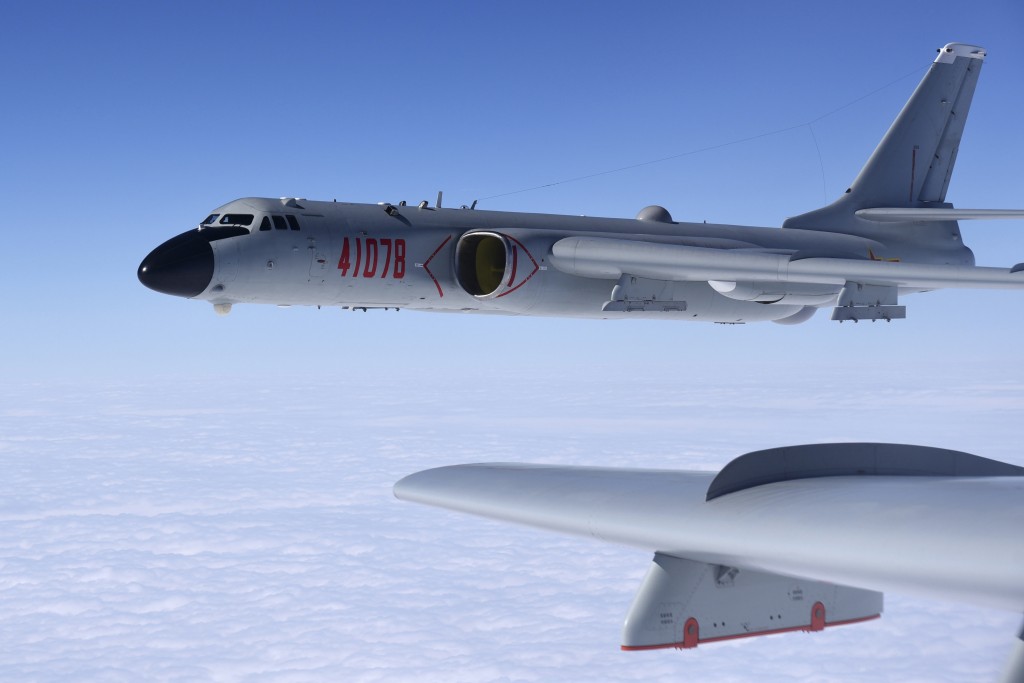 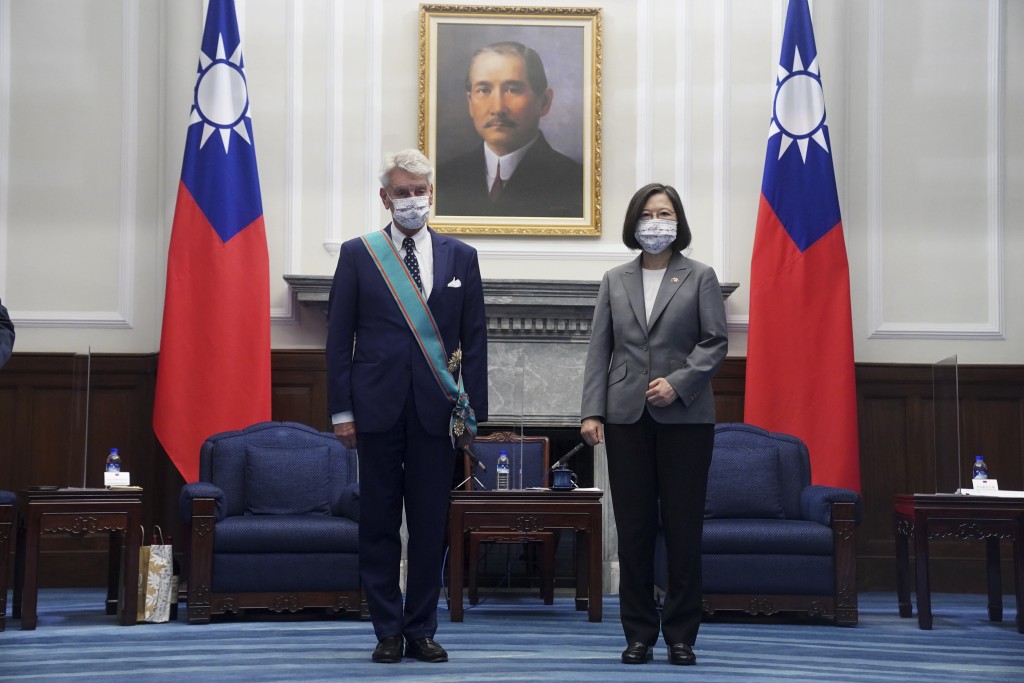 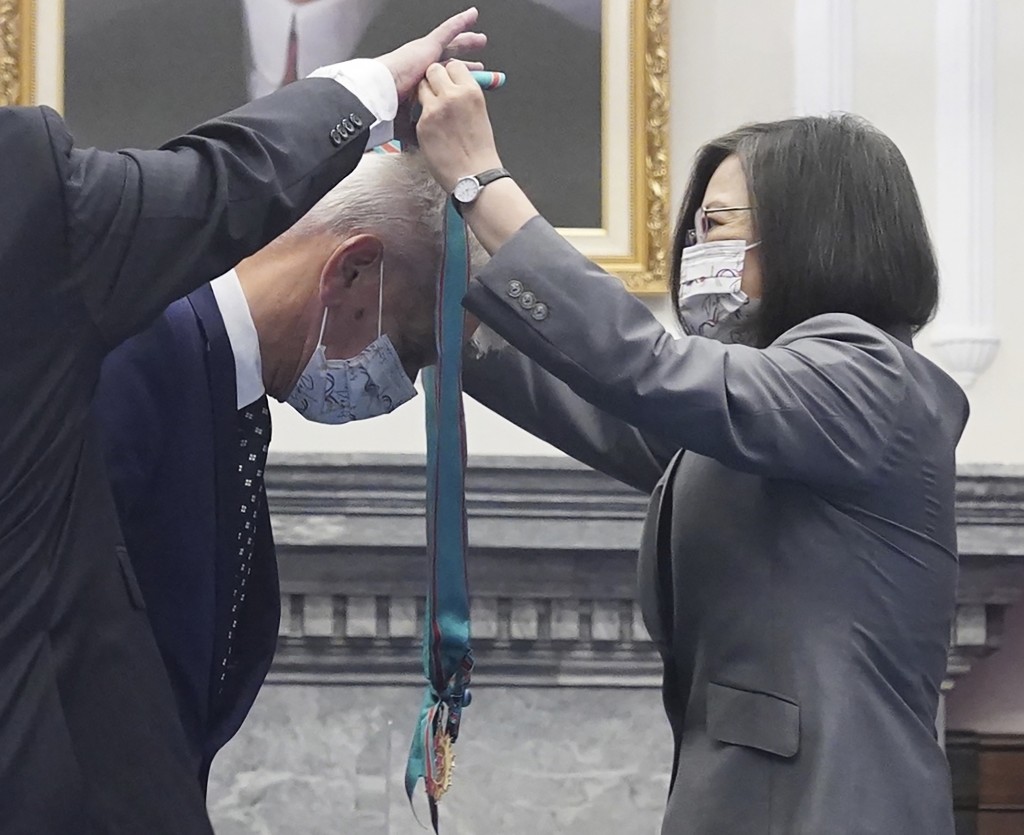 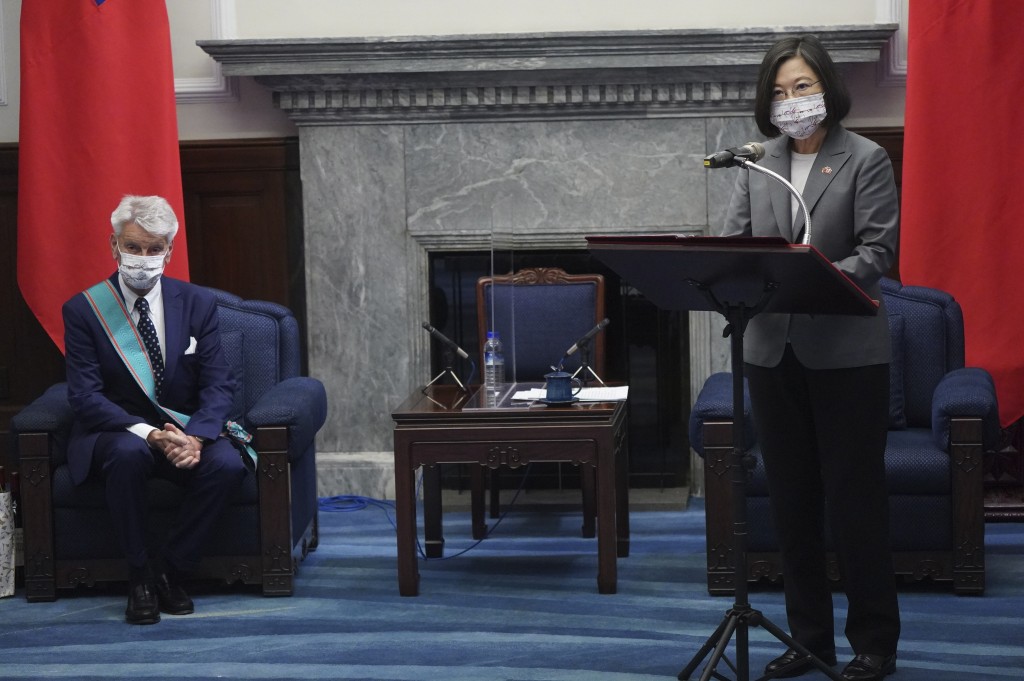 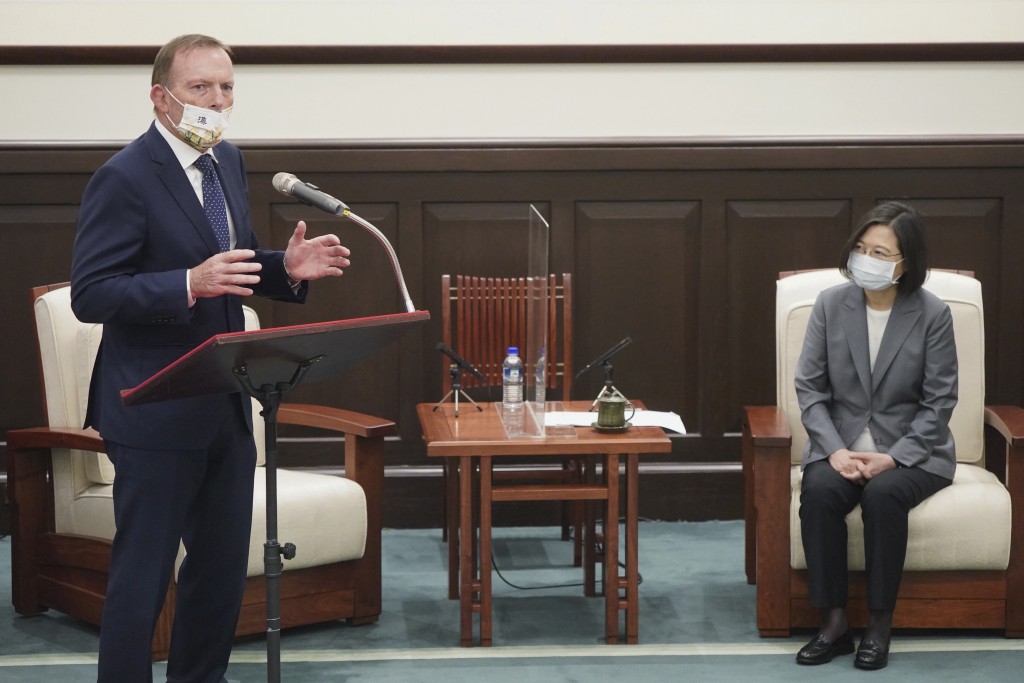 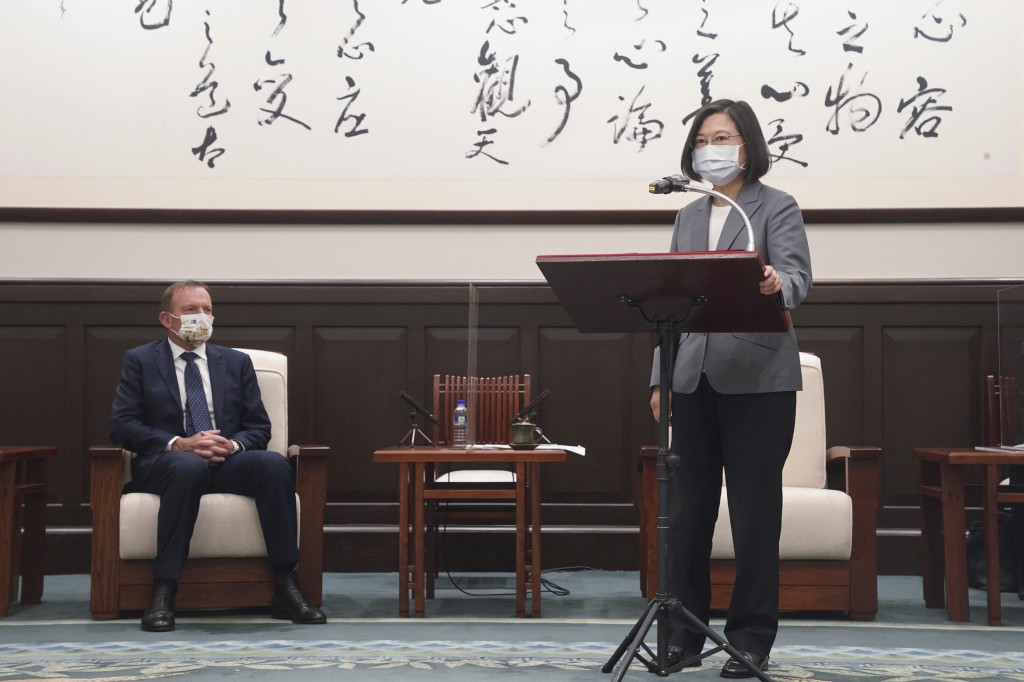 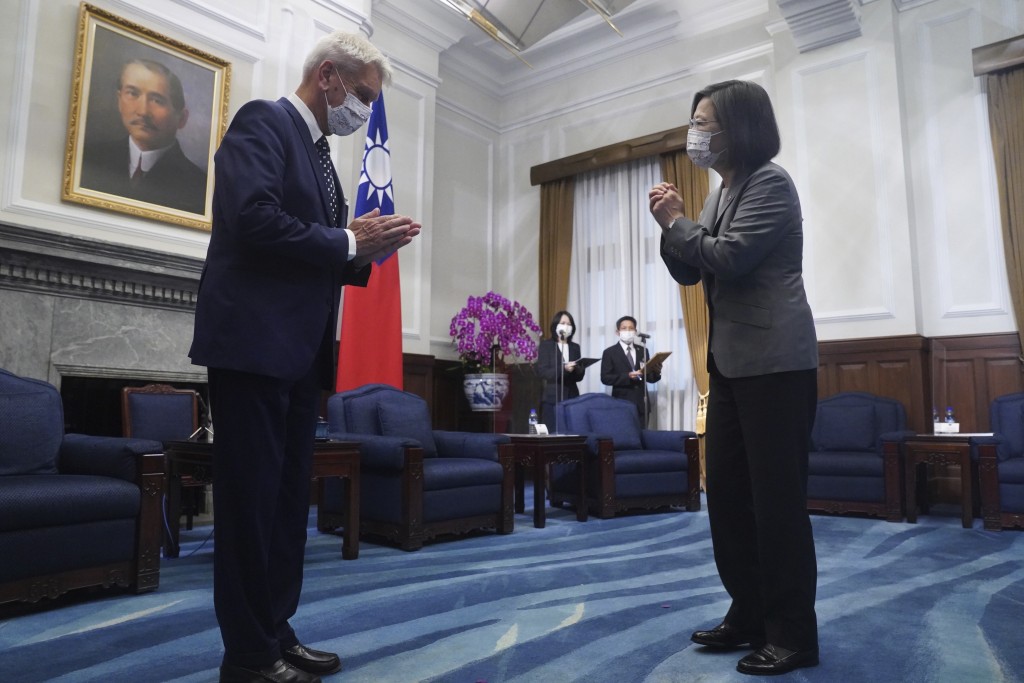 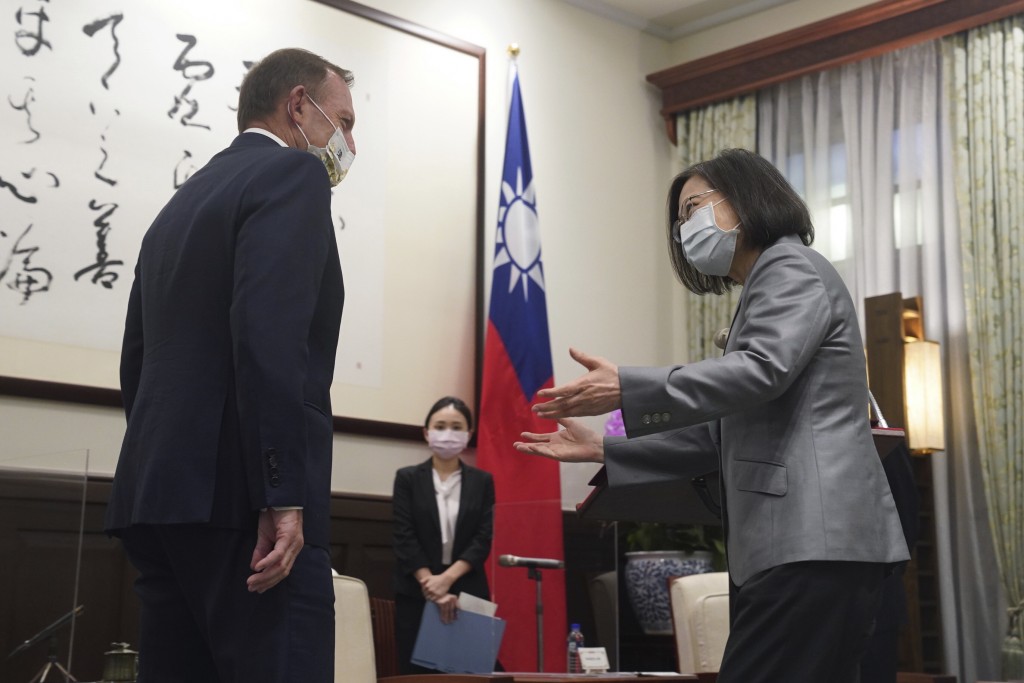 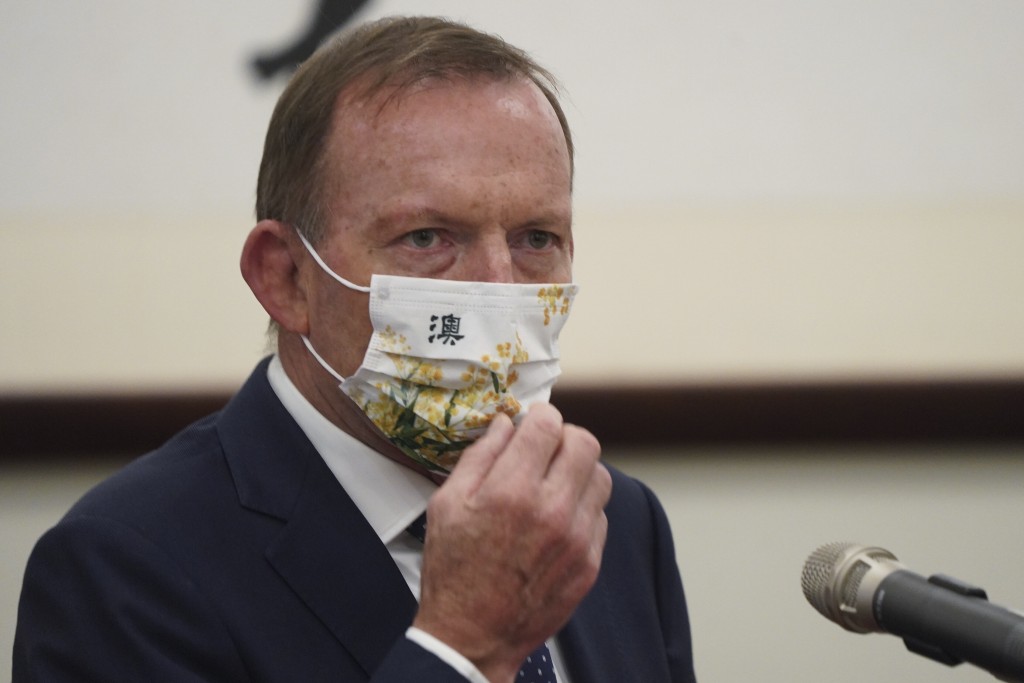 TAIPEI, Taiwan (AP) — A group of French senators visiting Taiwan as part of a regular parliamentary exchange met with President Tsai Ing-wen on Thursday morning during a trip that comes in a particularly tense moment between China and the self-ruled island.

Tsai spoke briefly before their meeting, giving France's former defense minister, Alain Richard, the Order of Propitious Clouds, a distinction recognizing “his contributions to Taiwan-France relations.” She thanked him for leading an effort in the French Senate to pass a resolution in support of allowing Taiwan to participate in international organizations like the World Health Organization.

China claims Taiwan as its own territory and opposes any international engagement with the island that suggest a separate status, such as WHO membership and meetings with foreign government officials. It tried to discourage the French senators' visit, with its embassy in Paris saying ahead of the trip that it would undermine Chinese-French relations.

Richard along with the three other senators also plan to meet Taiwanese economic and health officials and the Mainland Affairs Council during their five-day stay. This is the third visit to Taiwan for Richard, after 2015 and 2018. He heads the Taiwan Friendship group in the French Senate.

The trip is a recurrent one that French lawmakers make as part of the Taiwan Friendship group, especially as new senators are elected every three years.

Tsai also met with former Australian Prime Minister Tony Abbott, who was visiting the island to give a speech.

Abbott spoke in a private capacity, but said he advocates for Taiwan joining an 11-nation trade group that China has also applied to join.

“I can’t think of a stronger signal of democracies standing shoulder to shoulder with Taiwan than Taiwan’s accession to the Trans-Pacific Partnership," he said Thursday. "And I do hope that your application will be welcomed by its existing members.”

China and Taiwan split amid civil war in 1949, and China has increasingly mobilized military, diplomatic and economic pressure to undermine Tsai’s independence-leaning administration while threatening to bring the island under Chinese Communist Party control.

Taiwan’s defense minister described the current situation as the most severe in 40 years.

In its most recent display of sustained military harassment, China flew fighter jets 149 times toward Taiwan over four days from last Friday to Monday.

U.S. Secretary of State Antony Blinken, speaking in Paris on Wednesday on an official visit, said the Chinese military flights toward Taiwan were “destabilizing.”

“We strongly urge Beijing to cease its military, diplomatic and economic pressure and coercion directed at Taiwan,” he said.

China has often pointed to U.S. selling weapons to Taiwan and its ships navigating the Taiwan Strait as provocative actions.

“China feels necessary to react to the United States and allied forces when they conduct exercises in the area that China considers their sphere of influence,” said Alexander Huang, professor at Tamkang University.

The flights were in international airspace but prompted Taiwanese defense forces to scramble in response. Analysts say the flights display China's increasing military advancement as the U.S. and other rivals are pushing back against China's assertions of territorial ambitions.