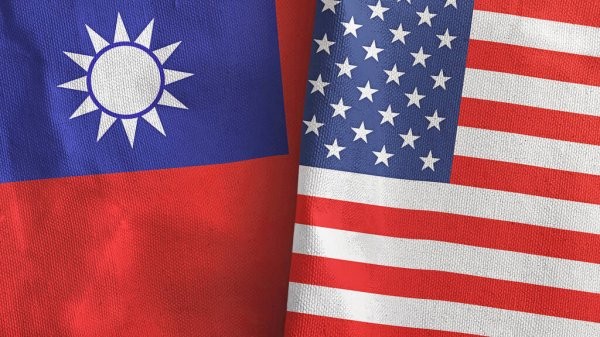 An additional 16 PLAAF aircraft appeared on Sunday (Oct. 3), and another record-shattering 56 planes breached the zone on Monday (Oct. 4), bringing the four-day total to 149 warplanes.

Concerned about the situation in the Taiwan Strait, congressmen Tom Tiffany, Scott Perry, Scott DesJarlais, and William Gregory Steube on Tuesday (Oct. 5) penned a letter to Biden in which they pointed out that China has dispatched more than 600 warplanes into Taiwan's ADIZ since January. They described Beijing's actions as a "reckless provocation" and warned it could trigger a military response from Taiwan that China can use as a "pretense for a Chinese attack."

The congressmen noted that since the collapse of Kabul, China has been ratcheting up political and military pressure on Taiwan as a test of Biden's resolve. They lauded Taiwan for exercising restraint but worried that Biden's "failure to take any concrete action" will only further embolden Beijing.

They also praised State Department Spokesman Ned Price for posting a tweet on Oct. 3 calling on China to "end its destabilizing behavior" in the Taiwan Strait. However, they said "it will take more than strongly worded tweets" to deter China's aggressive actions in the region and that Biden must use more of the tools at his disposal to affect change.

The authors of the letter pointed out that America's normalization of relations with China in 1979 was contingent upon its pledge that it would "resolve differences with Taiwan peacefully." They then cited a section from the Taiwan Relations Act that warns that "any effort to determine the future of Taiwan by other than peaceful means ... would be of grave concern to the United States."

Based on China's actions in recent months, the congressmen argued that Beijing has no intention of living up to these commitments. They reasoned that it is time to reassess U.S. relations with China and to consider reversing the decision made by the Carter administration to cut formal ties with Taiwan and to encourage allies to follow suit.

They also called on Biden to use immigration law to block Chinese nationals from entering the U.S. Their rationale for this decision was that since "many Chinese officials and oligarchs routinely travel to the U.S." and send their children to top American universities, this would place pressure on China's elites, in retaliation for actions in the Taiwan Strait.

The congressman also recommended imposing import restrictions and broad economic sanctions if China refuses to abide by its commitments to adhere to a peaceful resolution of disputes in the Taiwan Strait. They then exhorted Biden to hold China accountable for its actions in Taiwan, as well as Hong Kong and Xinjiang, or face further escalations.