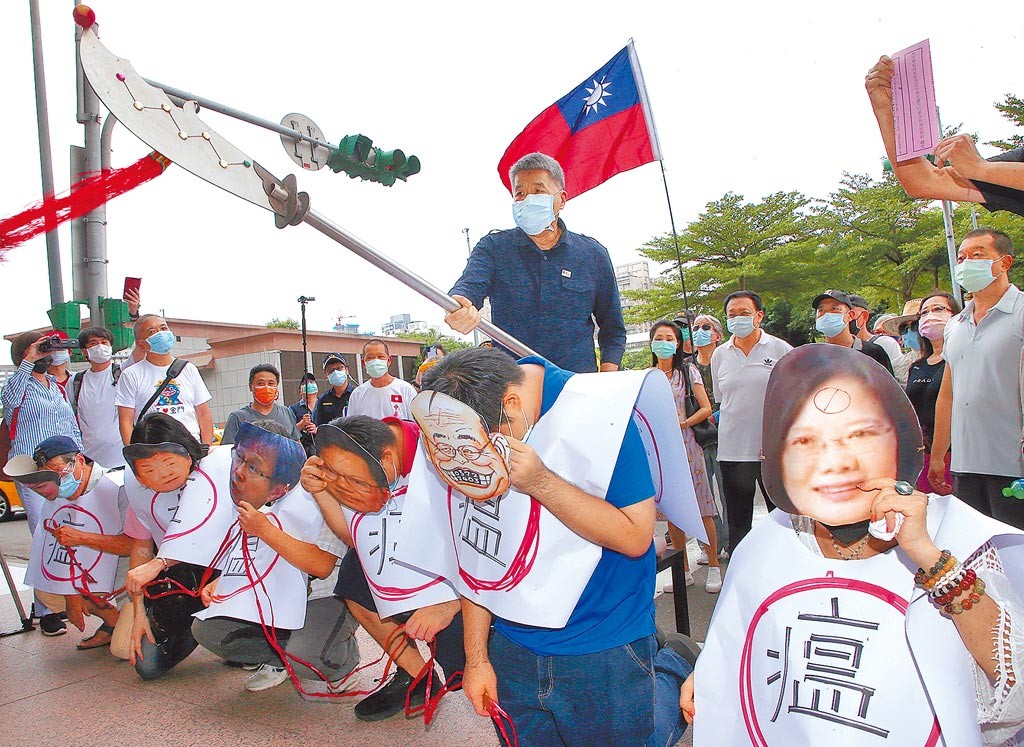 TAIPEI (Taiwan News) — Chang Yachung (張亞中), from the main opposition Kuomintang (KMT) party, has thrown down the gauntlet by announcing he will stake his entire pension fund on winning a debate about the 228 Incident.

If his opponent can prove Chiang Kai-shek (蔣介石) is indeed to blame for the 228 Incident, he will donate NT$7 million (US$ 250,358) for the DPP to start a Taiwan independence fund, according to a NewTalk report.

Taiwan's university professors typically enjoy higher than average pension packages. Having had an academic career spanning several decades, in which he taught at both Nanhua University and National Taiwan University, Chang is no exception.

If the ruling DPP party is too afraid to meet his challenge, or if it loses the debate, Chang said they will “have to shut up from now on and stop lying to little kids.”

Chang claims the younger generation has been deceived if they believe Chiang was evil. This is why they have defaced his bronze statue with red paint. “These young people should read history,” he added.

Chen says if he loses the debate, he will not accept Chang’s pension kitty, but would rather Chang prostate himself in front of Cheng Nan-jung (鄭南榕), a famed Taiwanese activist, admit he was wrong, and promote Taiwan independence from that point forth.

“If I lose,” Chen added, “I will kowtow in front of the bronze statue of Chiang and make similar amends.” Chang proposed the debate be broadcast live for all to see.