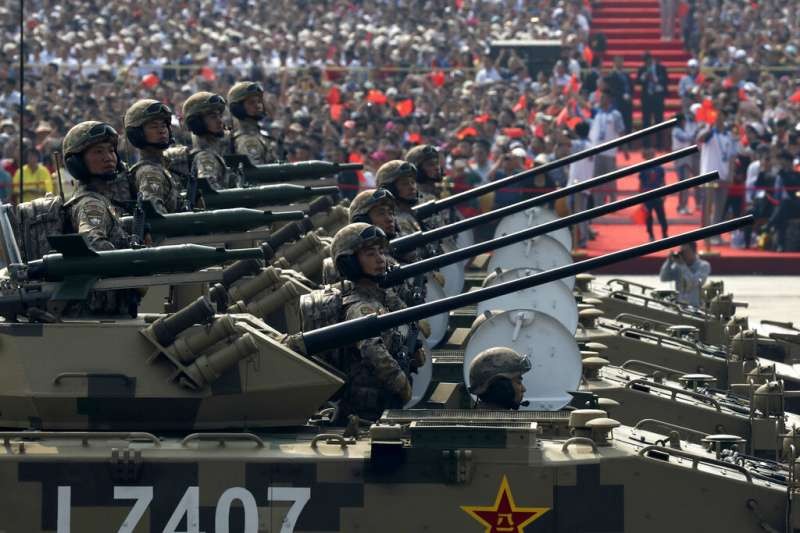 TAIPEI (Taiwan News) — Taiwan's Defense Minister Chiu Kuo-cheng (邱國正) on Wednesday (Oct. 6) estimated that China will have the ability to launch a "full-scale invasion" of Taiwan by 2025.

From Friday (Oct. 1) through Monday, a record-shattering 149 Chinese warplanes intruded on Taiwan's air defense identification zone (ADIZ), Chiu said. During a question and answer session outside the Legislative Yuan on Wednesday, a reporter asked Chiu whether China has the means to invade Taiwan.

Chiu said that the People's Liberation Army (PLA) currently has the ability to invade Twain but indicated that it probably will not immediately attack unless provoked "because it would have to pay a price," reported CNA. However, Chiu said that "By 2025, China's costs and attrition will be brought to the lowest level and it will have the ability to launch a full-scale invasion of Taiwan."

When asked to comment about the recent ADIZ incursions, Chiu said that the cross-strait situation is the "most serious moment in my 40 years of military service."

As to why there had been a sudden drop-off in Chinese military flights on Tuesday, Chiu stated that every military exercise has stages, and although he does not know the planned length of these maneuvers, "If there is a starting point, there must be an end."

In a special military budget report submitted to the legislature, the Ministry of National Defense stated that 64% of NT$240 billion (US$8.5 billion) in extra spending will be allocated to the country’s anti-ship weapons, including the land-based anti-ship missile systems Hsiung Feng IIE, Hsiung Feng III, and extended-rage Hsiung Feng III, which account for 34% of the special budget. Chiu told reporters that weapons systems that will enhance combat capabilities such as the Hsiung Feng can be produced immediately and must be listed as a priority.