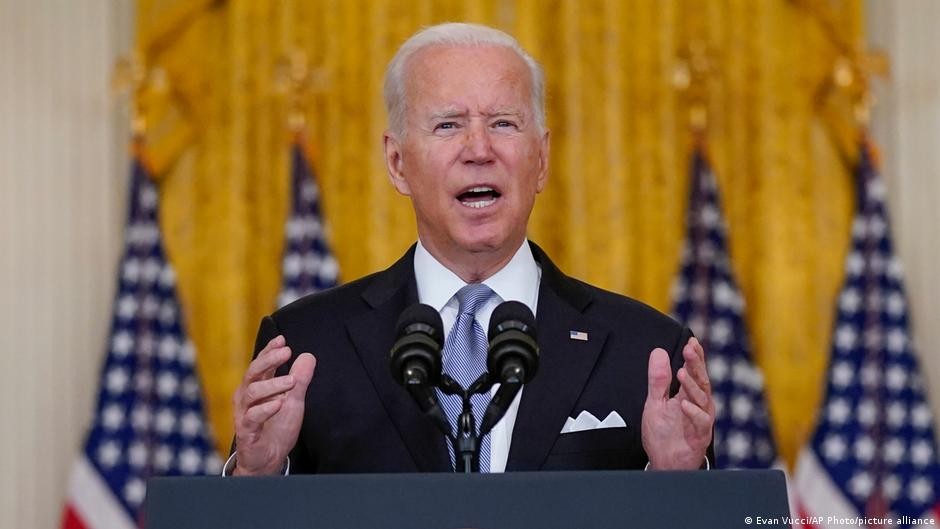 TAIPEI (Taiwan News) — U.S. President Joe Biden on Tuesday (Oct. 5) said that he and China's leader Xi Jinping (習近平) would abide by the "Taiwan agreement" — although no such formal accord by that name exists.

While exiting Marine One on Tuesday, a reporter asked Biden if he had any comments regarding China's provocations over Taiwan. Biden responded by saying that he had spoken with the Chinese leader about Taiwan and "we agree we will abide by the Taiwan agreement."

"That's where we are, and we made it clear that I don't think he should be doing anything other than abiding by the Taiwan agreement." Biden then stepped away from reporters before any further questions could be asked.

It's not exactly clear what Biden meant by the "Taiwan agreement," because no formal agreement by that name exists. Analysts were left to speculate that he might mean the Taiwan Relations Act, which was an act passed by Congress in 1979 that authorized de facto diplomatic relations with Taiwan and had a provision that the U.S. should provide weaponry for its defense.

No provision in the act directly places any legal obligations on the part of China, and the communist country considers the act "an unwarranted intrusion” into its domestic affairs. Possibly, Biden, who was a senator at the time and voted in favor of the act, could be referring to the stipulation that the U.S. will "consider any effort to determine the future of Taiwan by other than peaceful means, including boycotts or embargoes, a threat to the peace and security of the Western Pacific area and of grave concern to the United States."

On Tuesday, just one PLAAF Shaanxi Y-8 anti-submarine warfare plane entered the southwest corner of Taiwan's ADIZ, according to the Ministry of National Defense (MND).